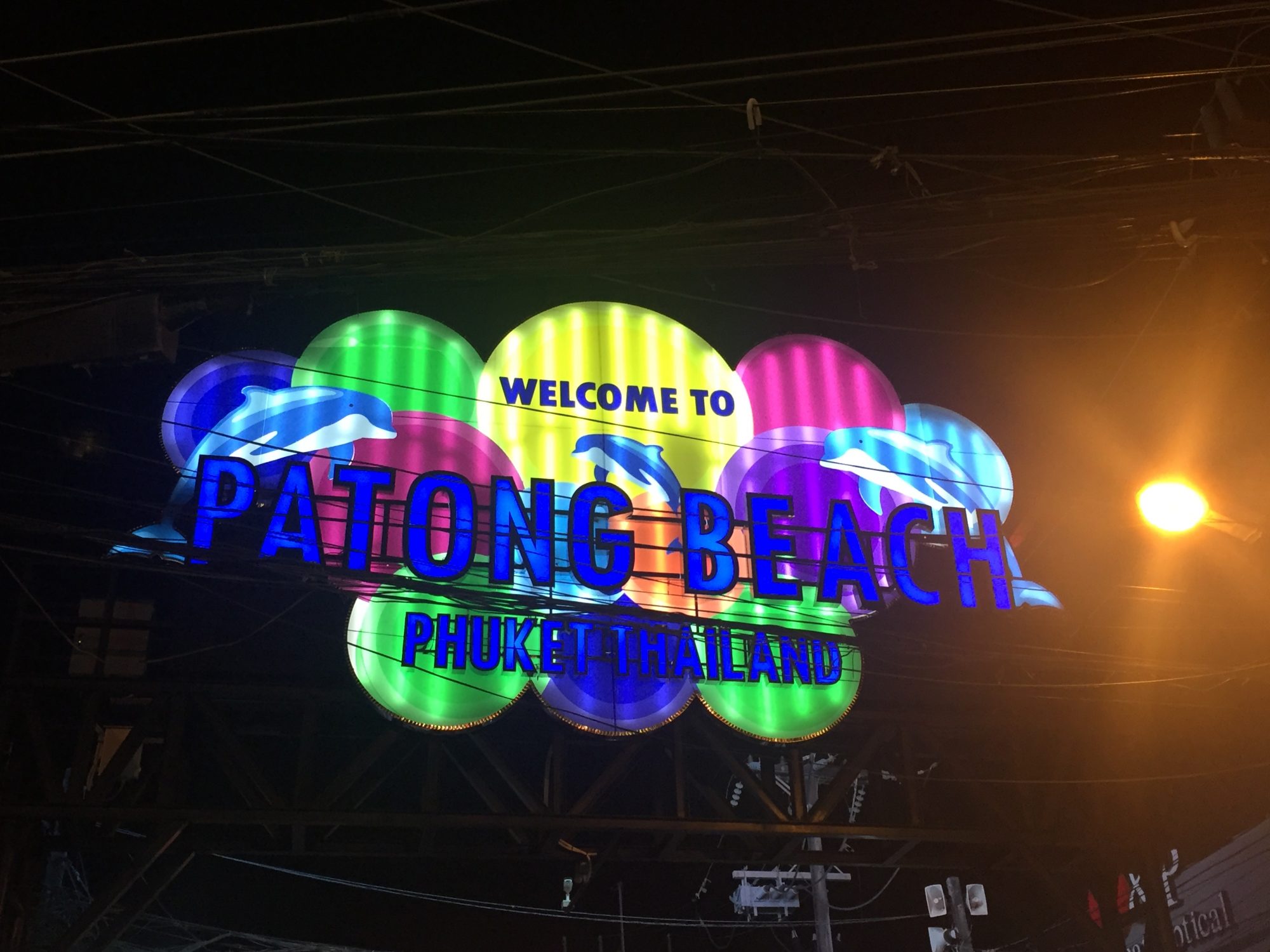 Patong Beach in Phuket, Thailand is known to have one of the liveliest party walking streets in all of Thailand, if not the world, so we were excited to spend New Year’s Eve in the heart of party city. 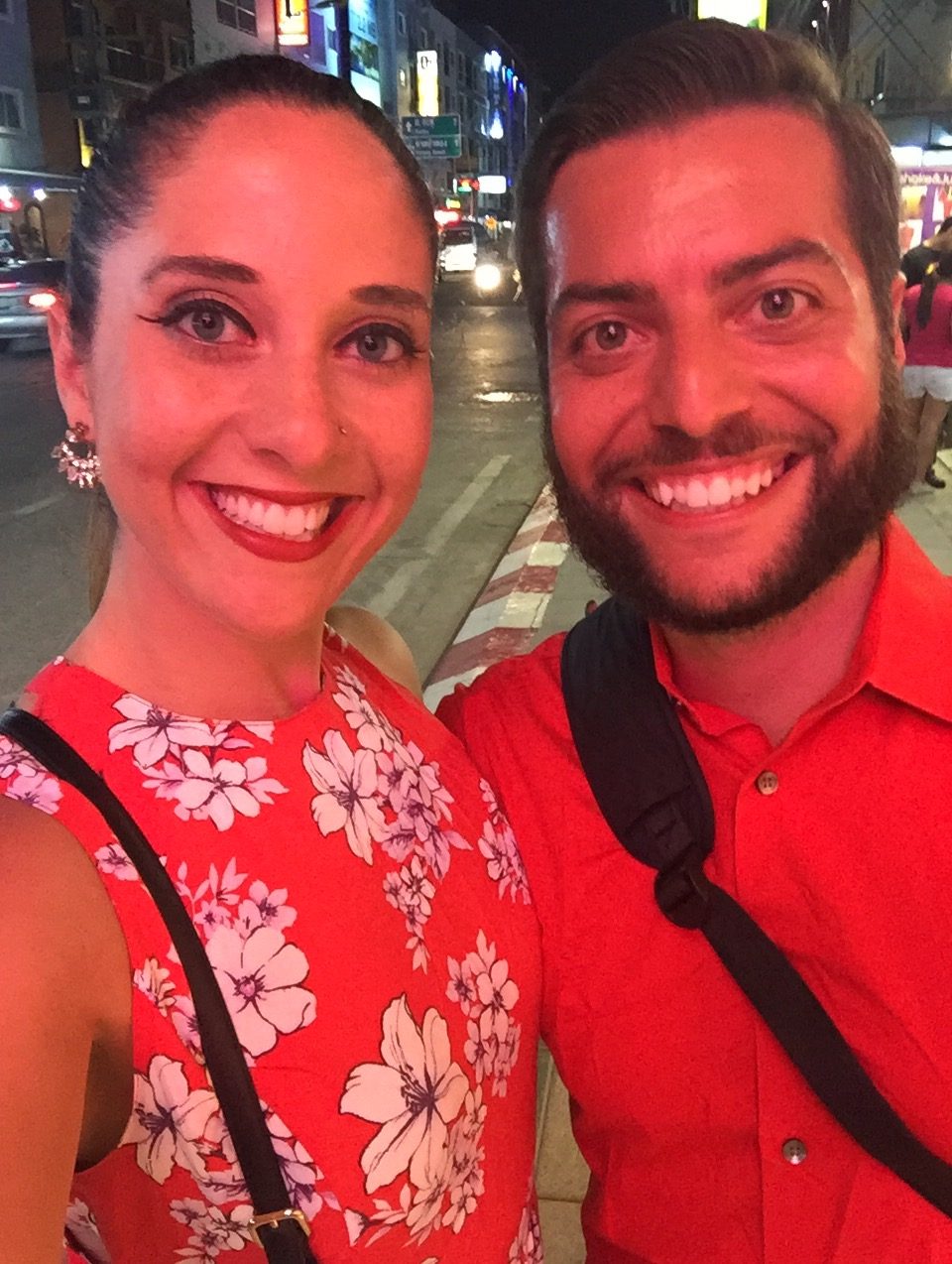 The first place we went was the famous Phuket Simon Cabaret show. Photography wasn’t allowed, but there were plenty of “ladies” singing popular songs in various languages. 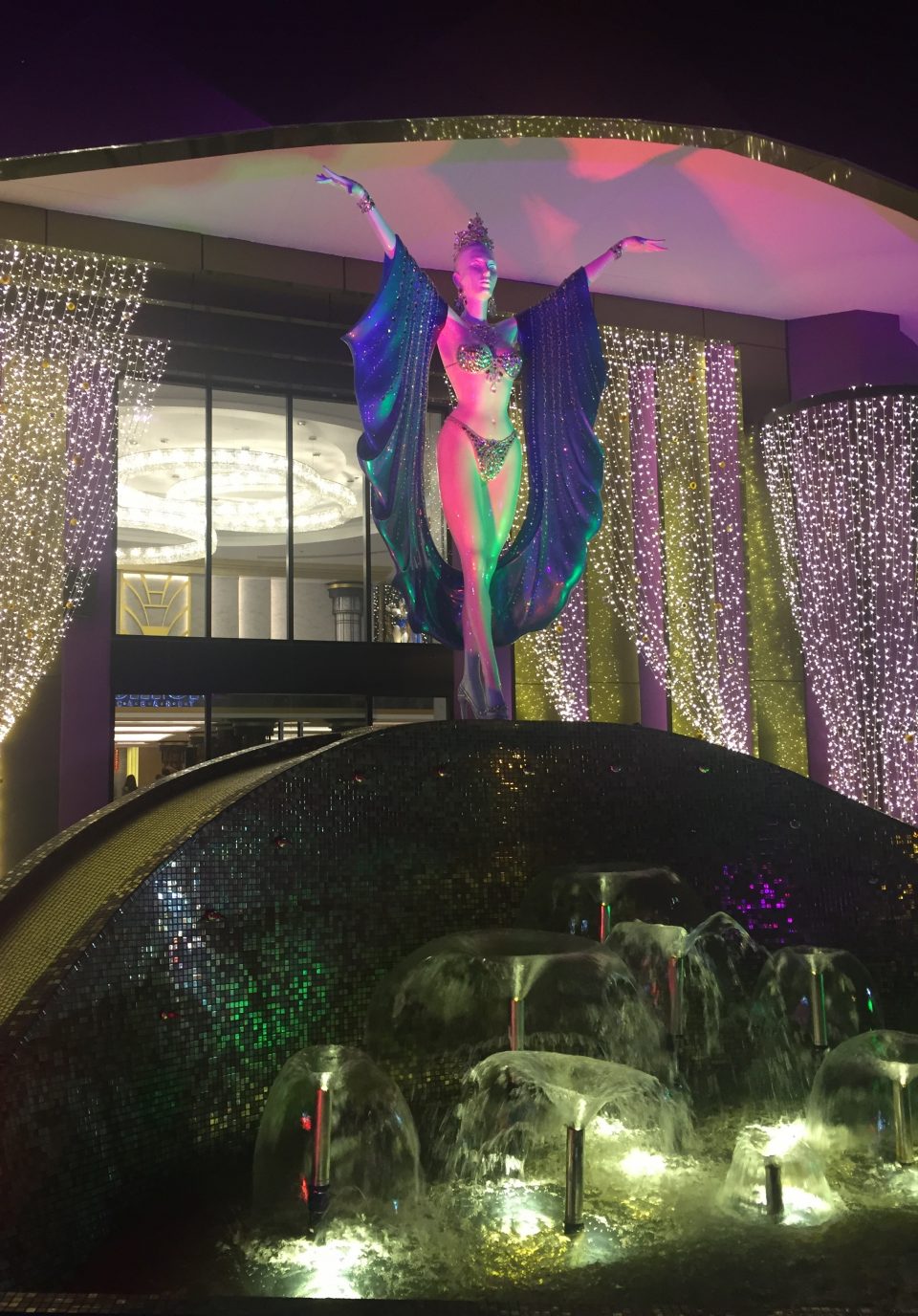 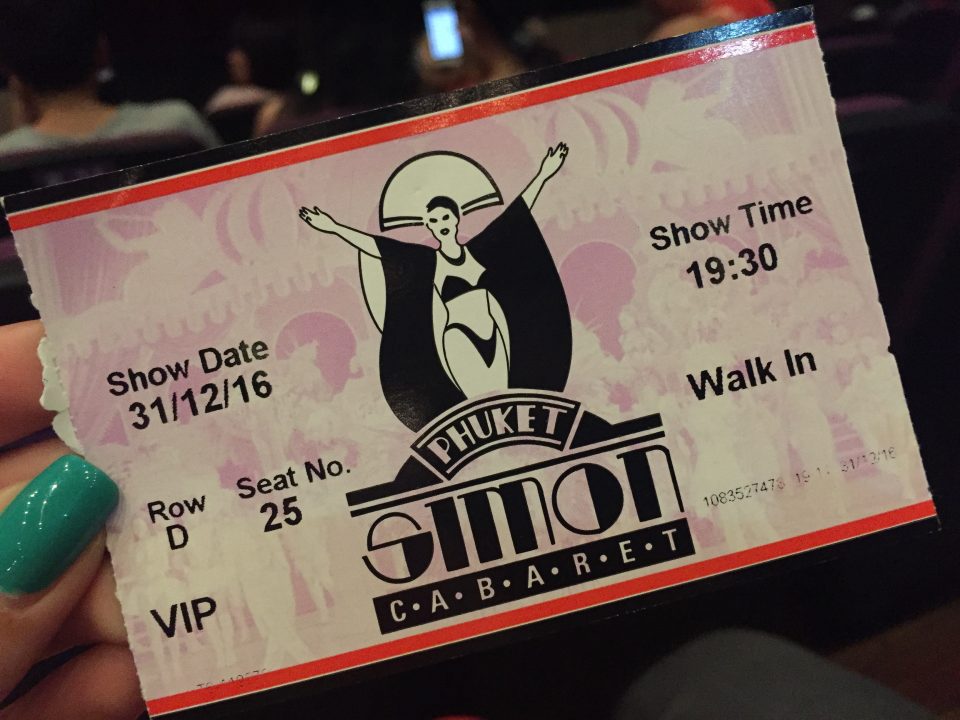 We met some of the performers backstage. 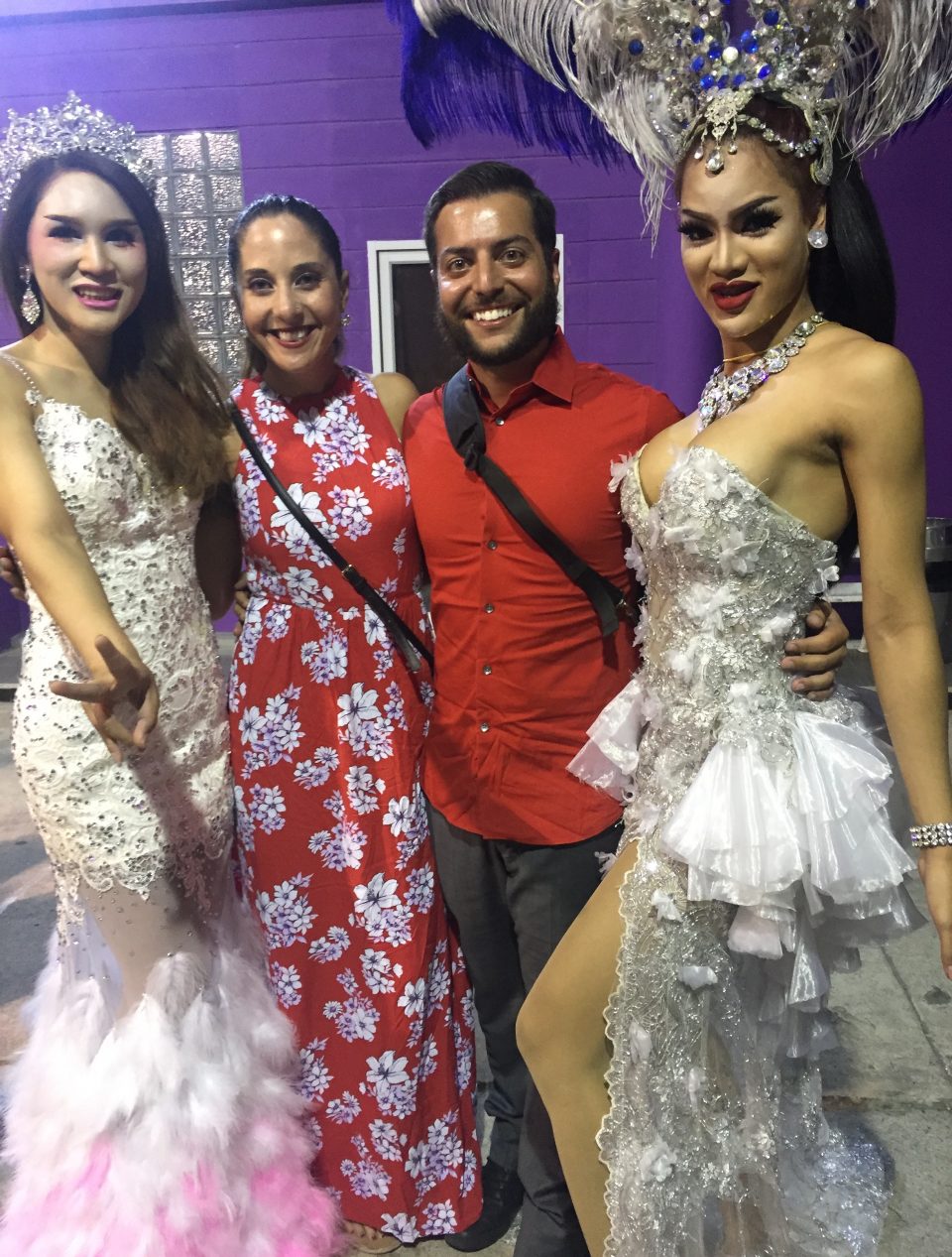 A party tuk-tuk ride later, we arrived on the strip. 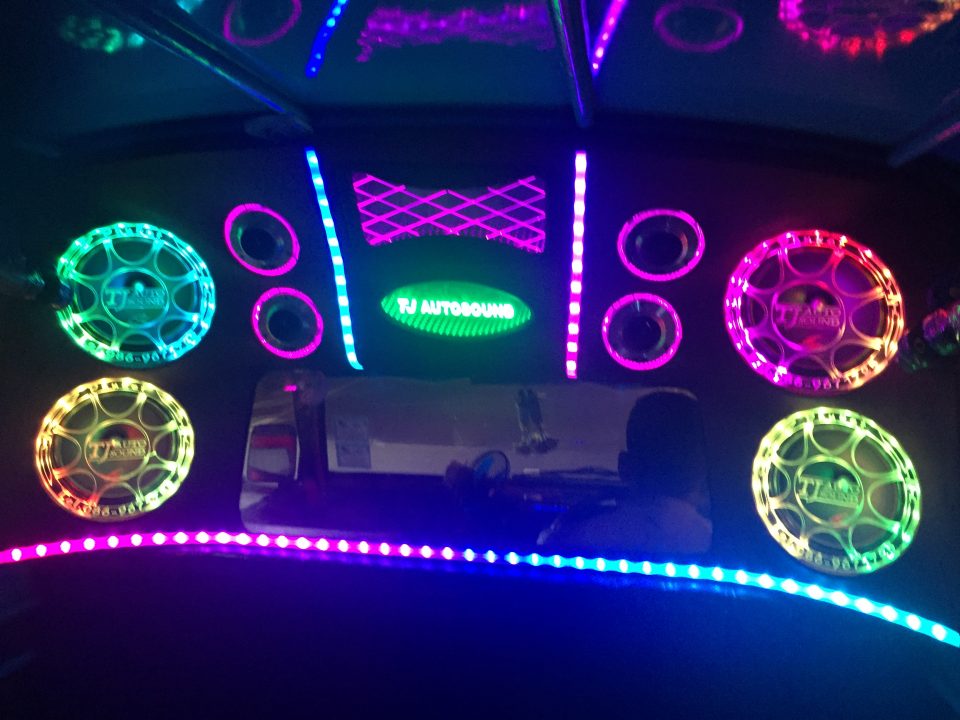 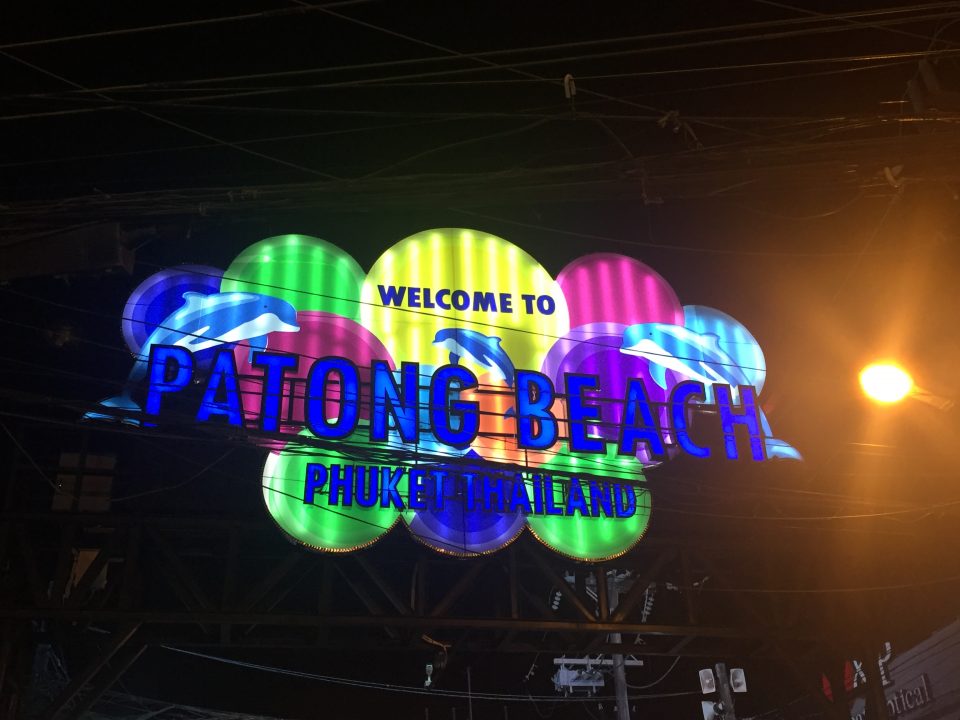 Among various debauchery, we attended a “ping-pong” show for which the area is also known. Let’s just say the far-end basement lounge has a lot more to offer than just “ping-pong”. Not sure how much your imagination can stretch, but somehow hamsters, melted candles, darts, razor blades, whistles, and even a bird got into the act. 😲 😲 😲 🤐 You have to see for yourself what lies beyond the corridor 😀. 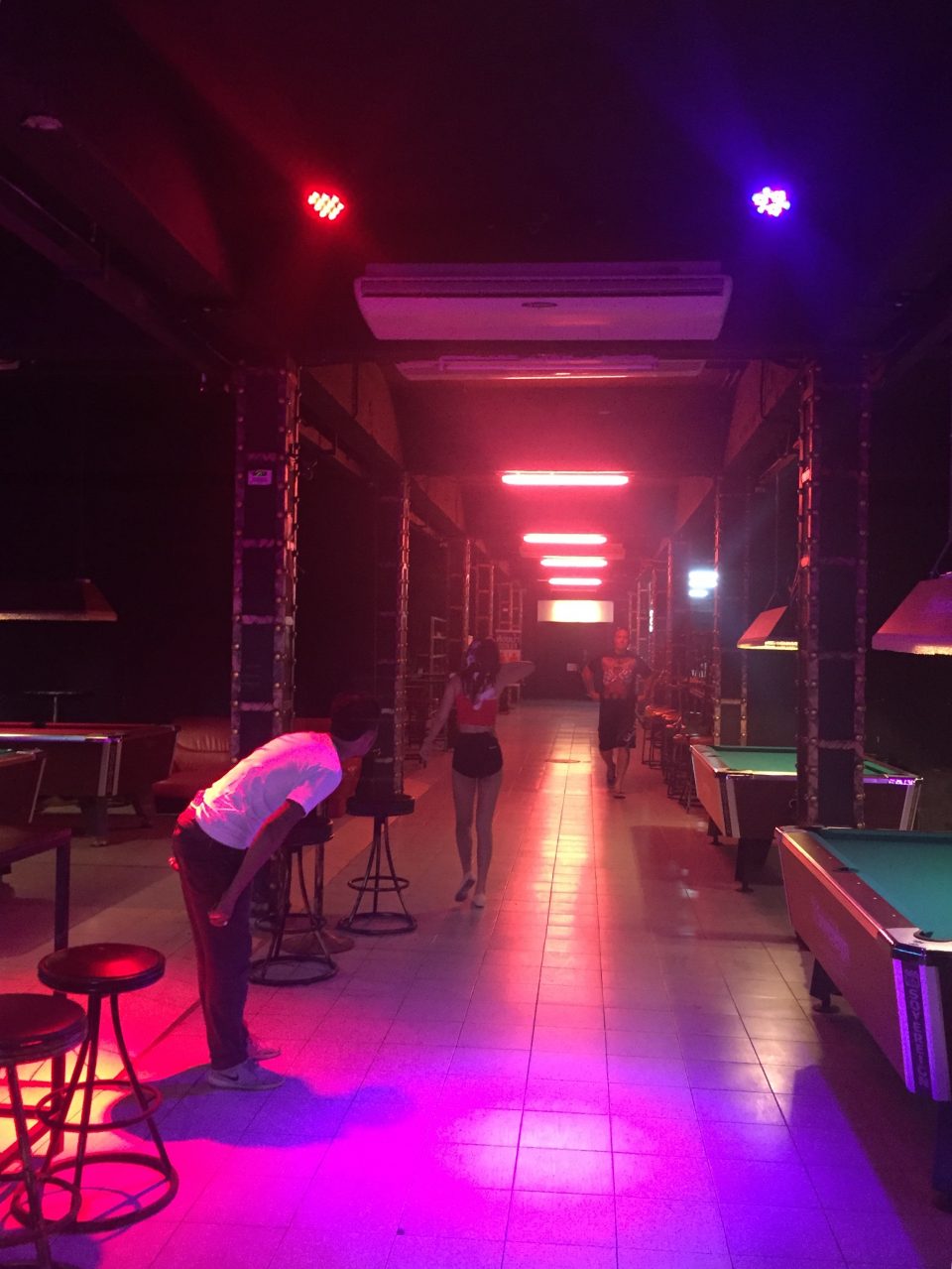 Back on the main drag, the people packed in like sardines as they threw silly-string everywhere and got ready for midnight. 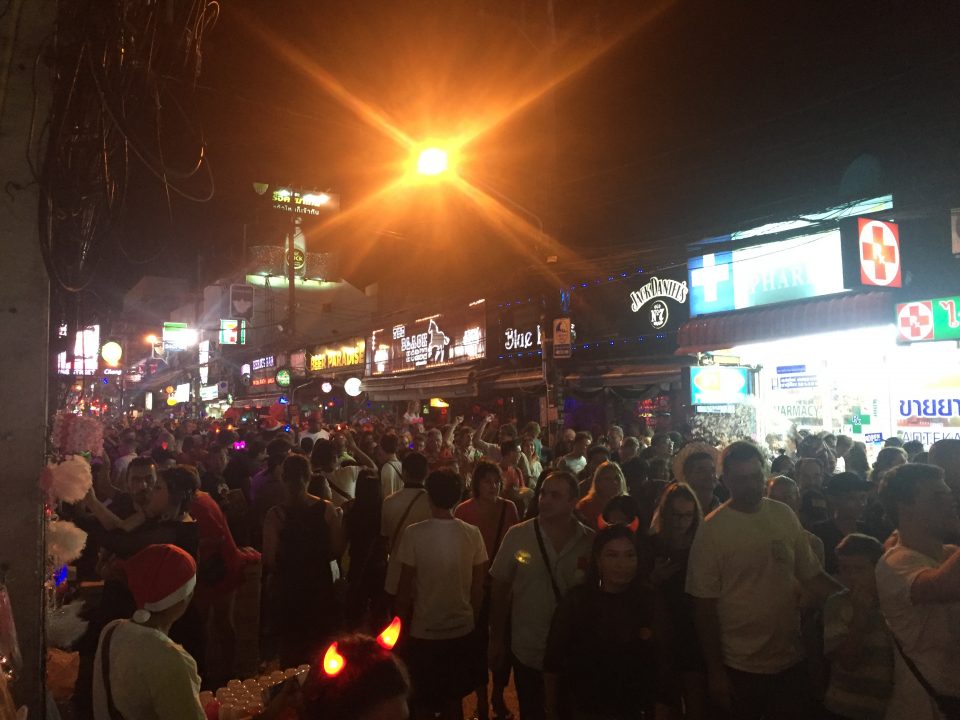 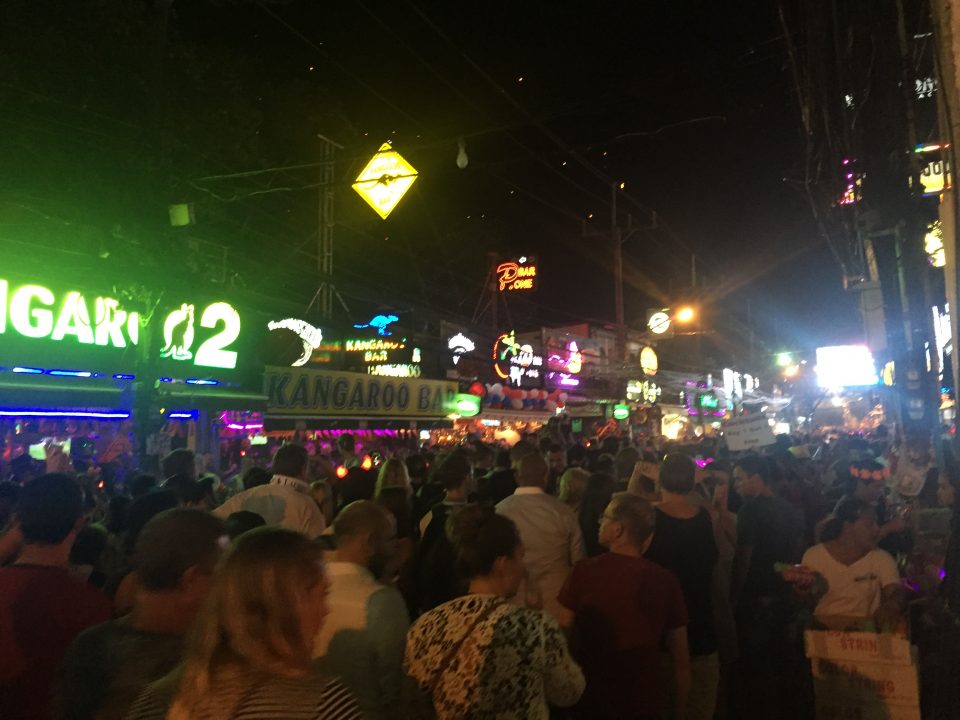 Nearing midnight, we walked onto the beach to launch our very own lantern. We had secret wishes, but eventually we told each other and it ended up being the same: we wished to continue having a happy marriage. Here’s to a great 2017 and beyond! 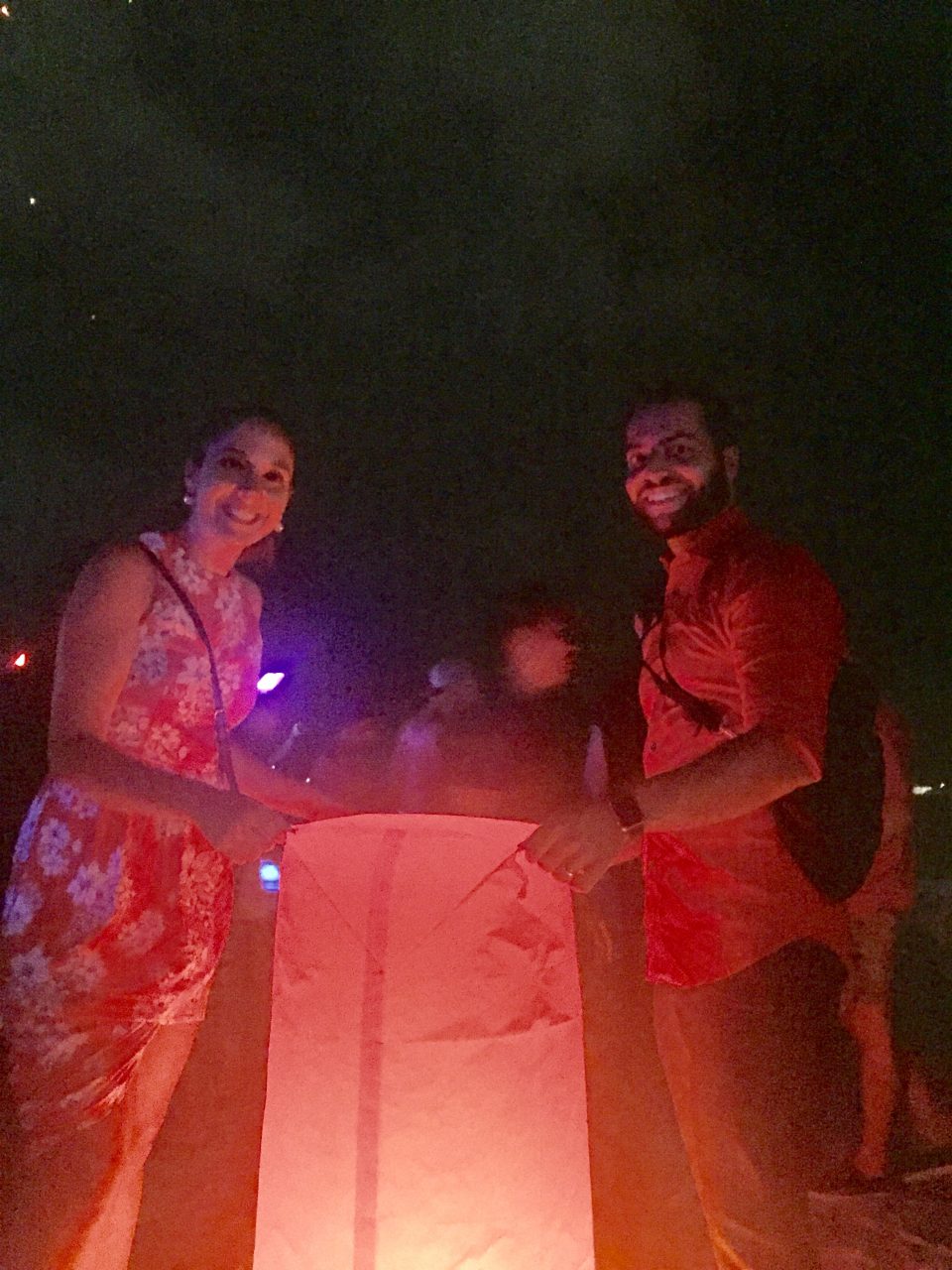