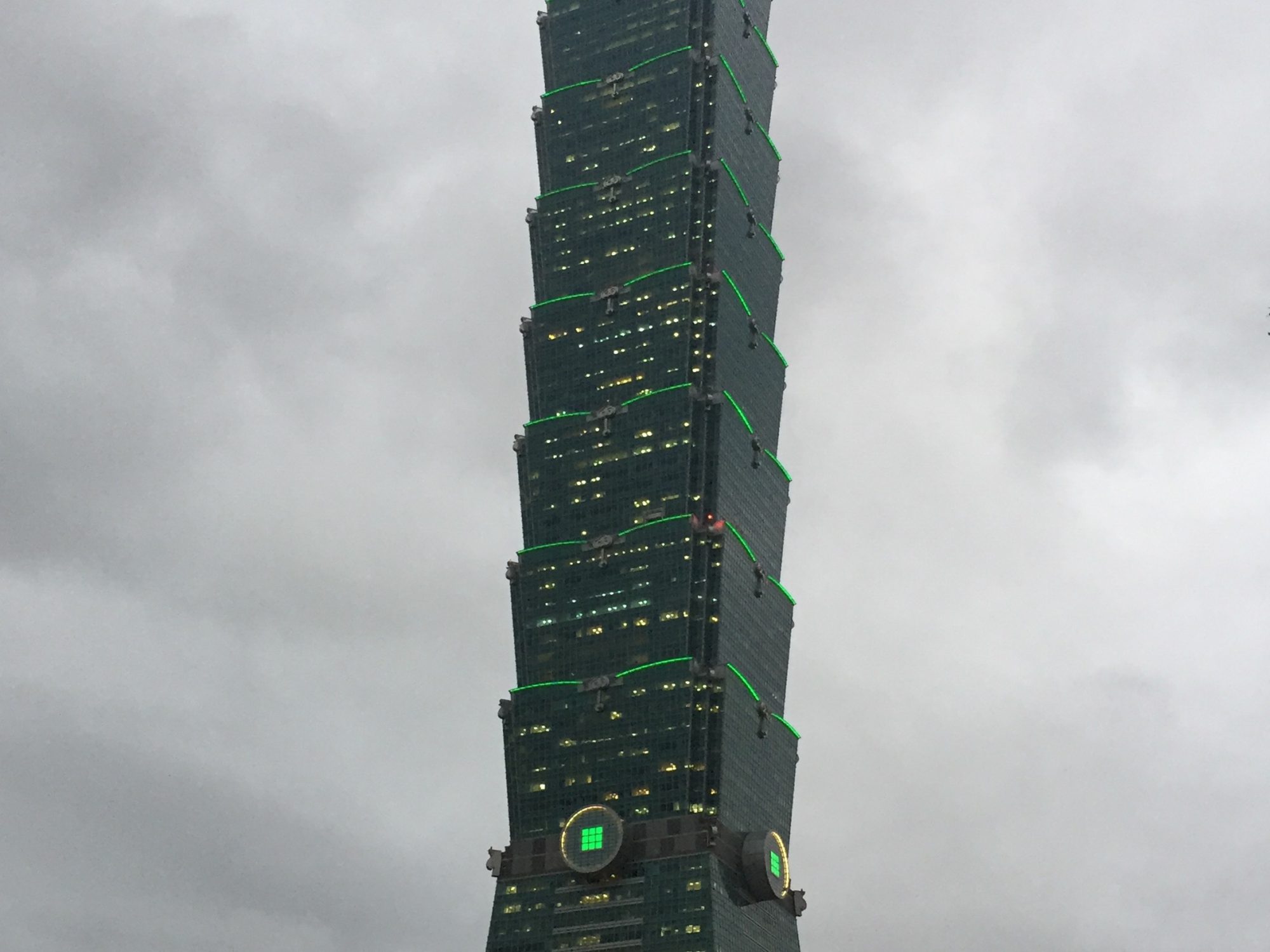 Taipei 101 held the record for world’s tallest building from 2004 to 2009. Its architecture sort of resembles a giant bamboo stalk, and since it’s pretty tall, it has one of the world’s fastest elevators traveling at 1000 m/min. 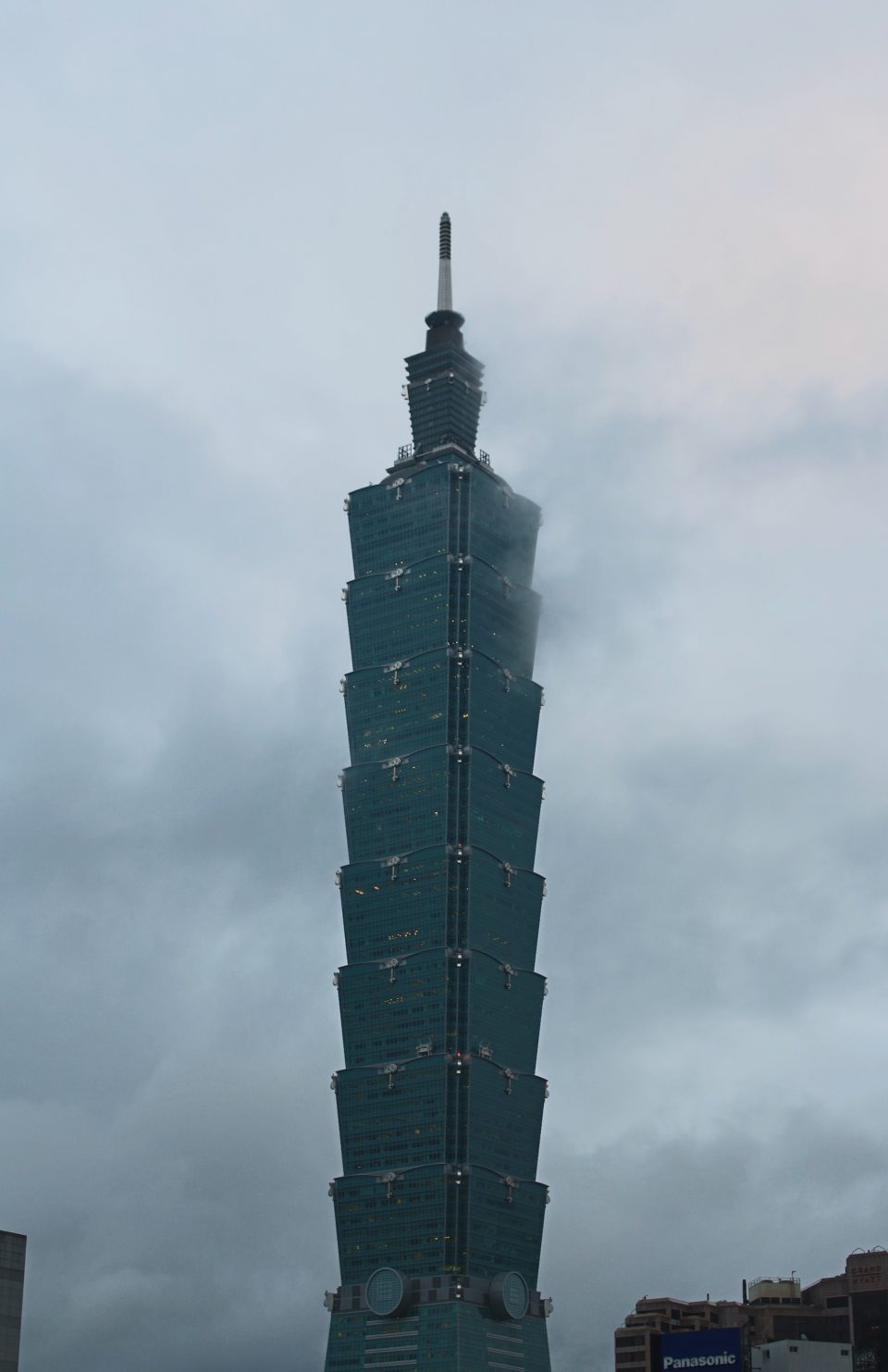 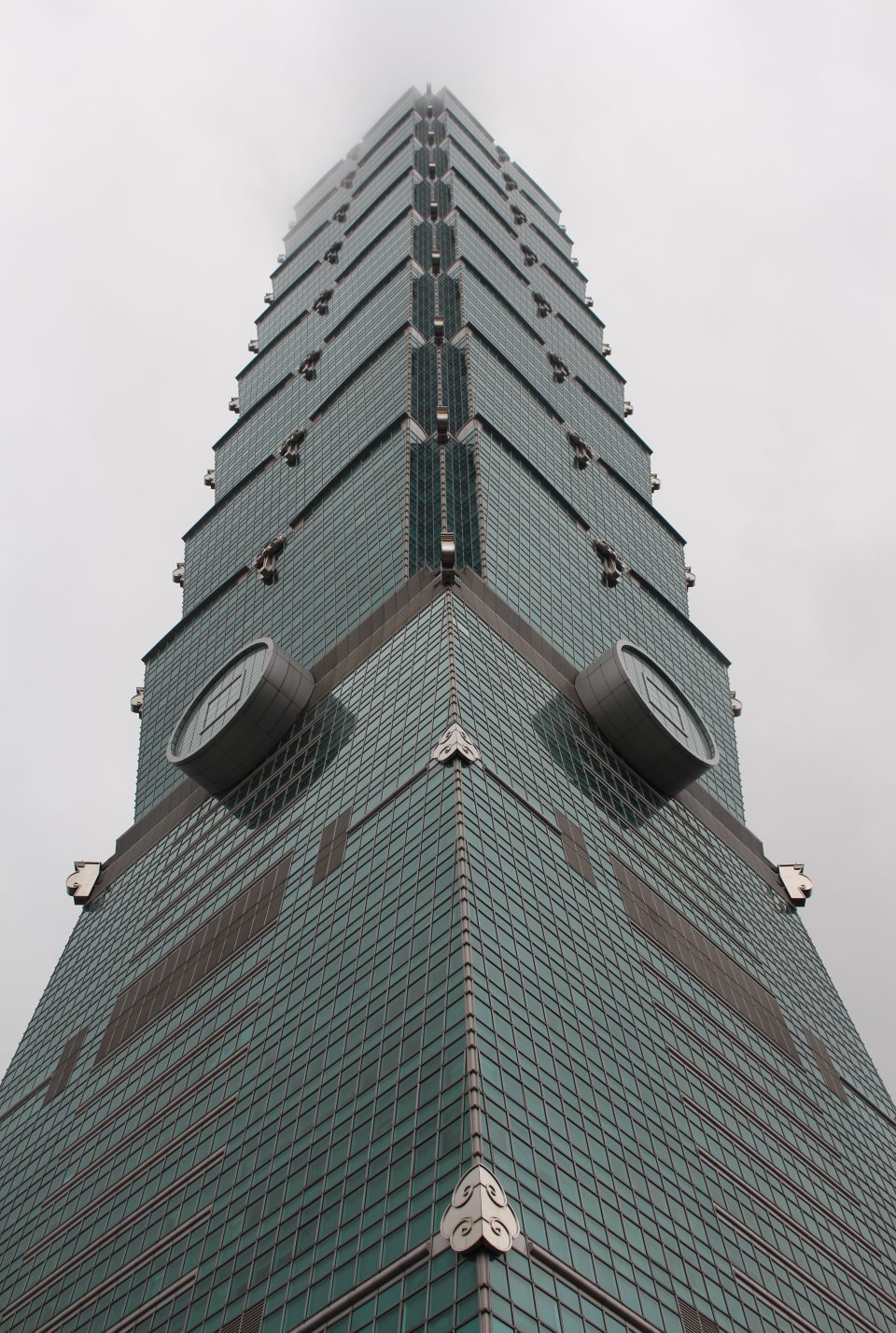 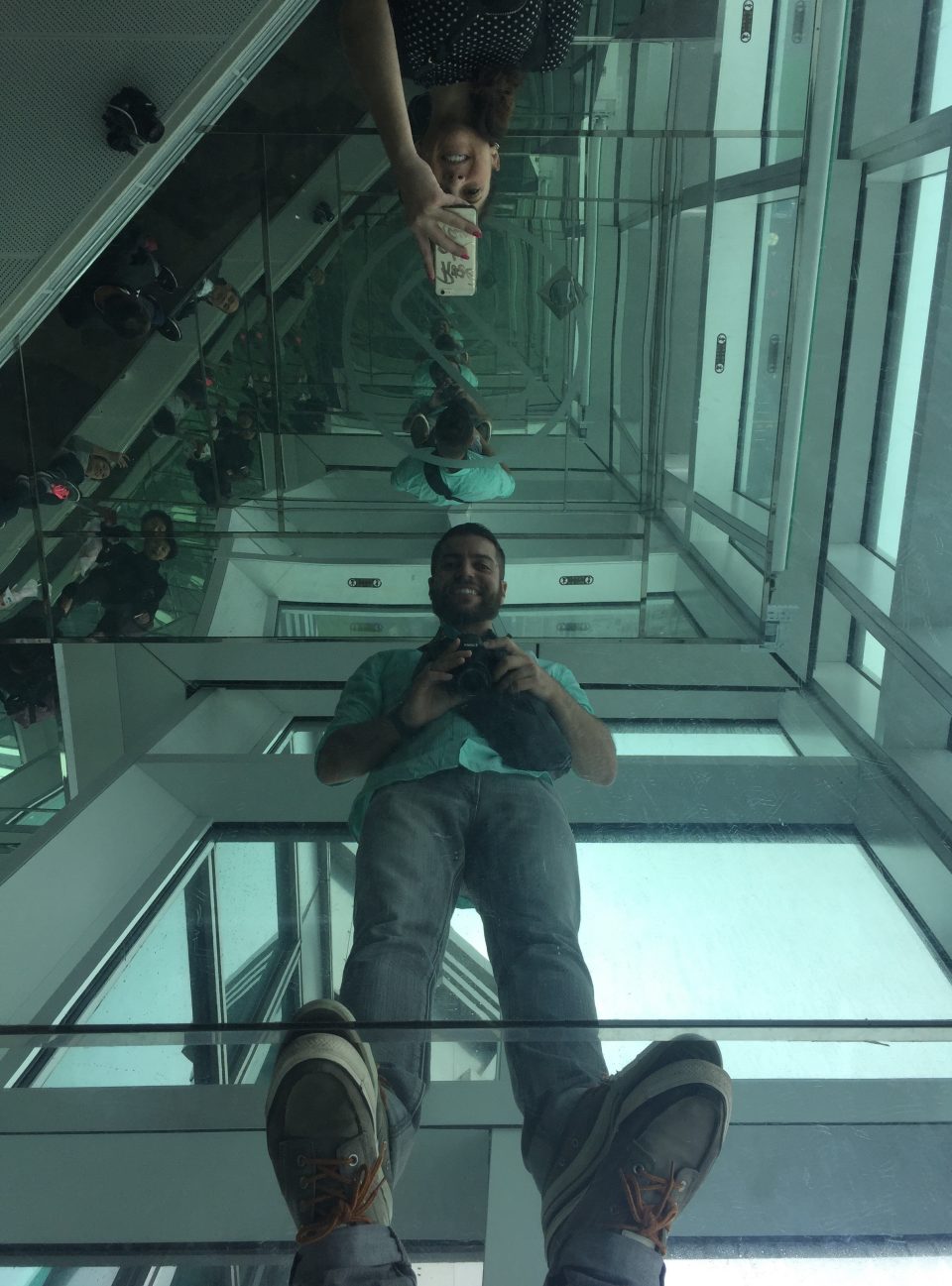 The view from so high was cloudy, but you get the idea! It’s really tall! 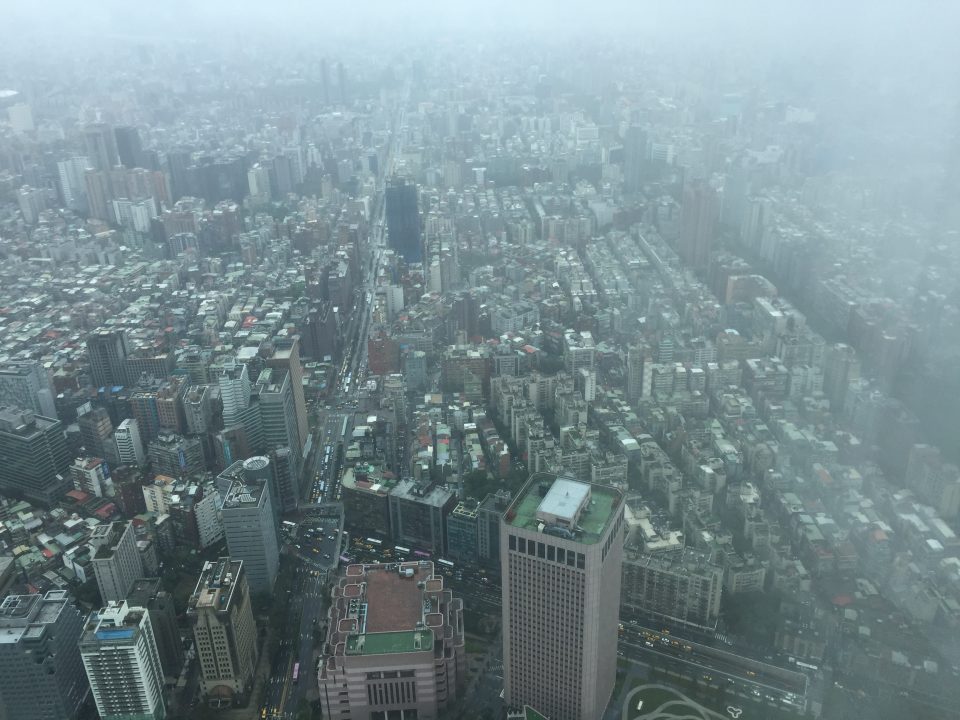 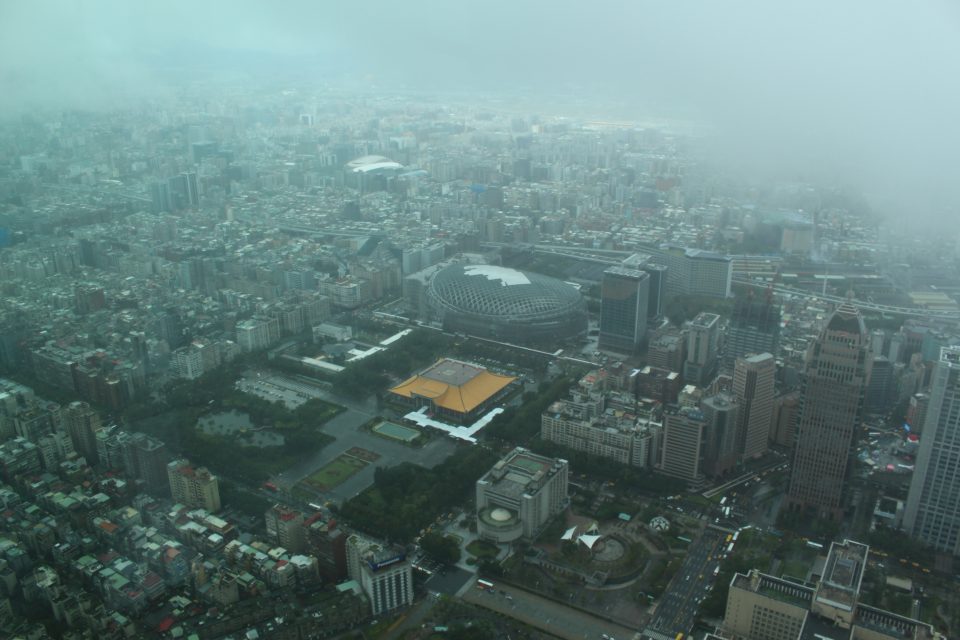 It also has the largest public-viewable wind damper. A video demonstration showed that it moves a lot during past typhoons. 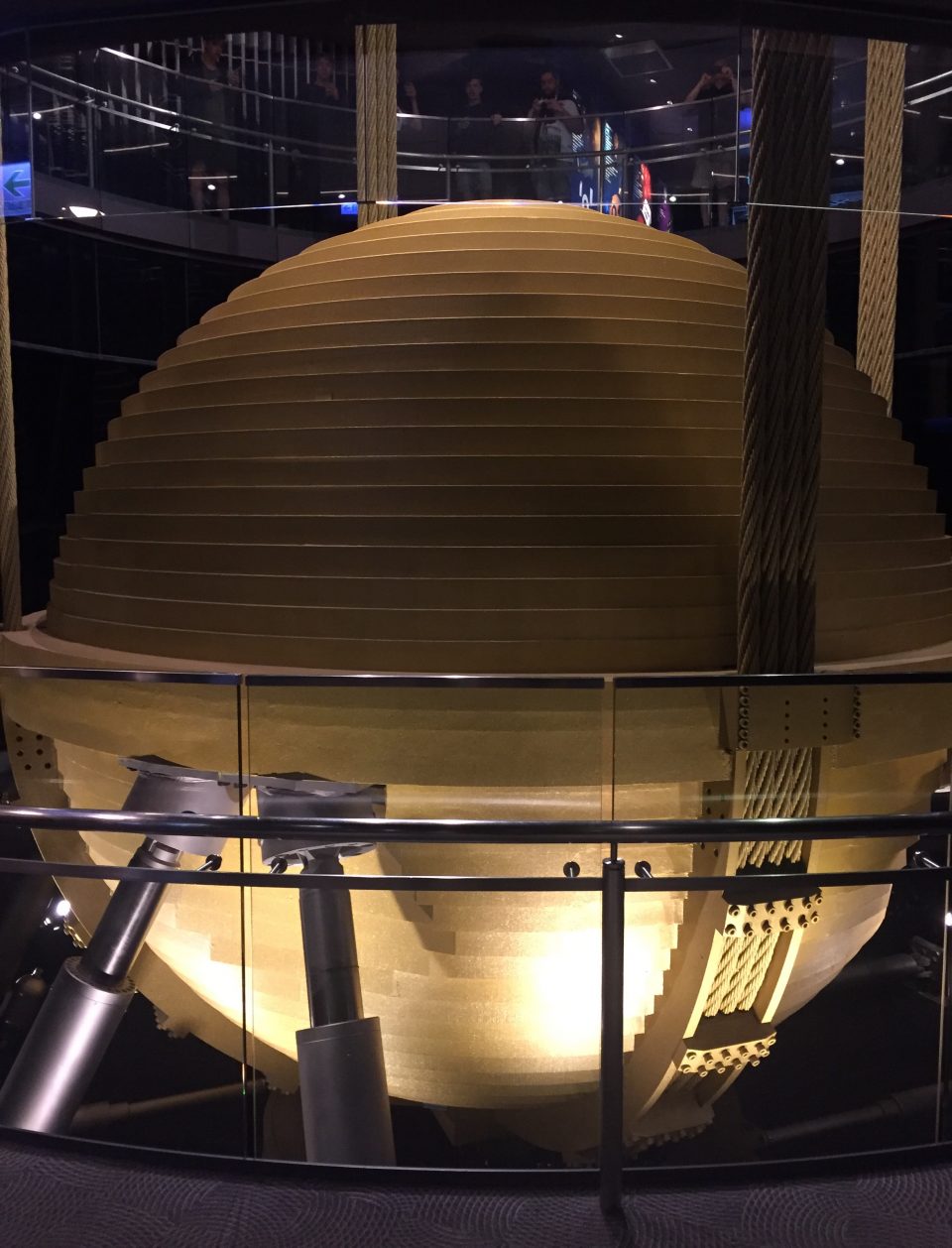 Back on the ground nearby, we made a quick visit to the Sun Yat-sen Memorial Hall, dedicated to Taiwan’s political founder. 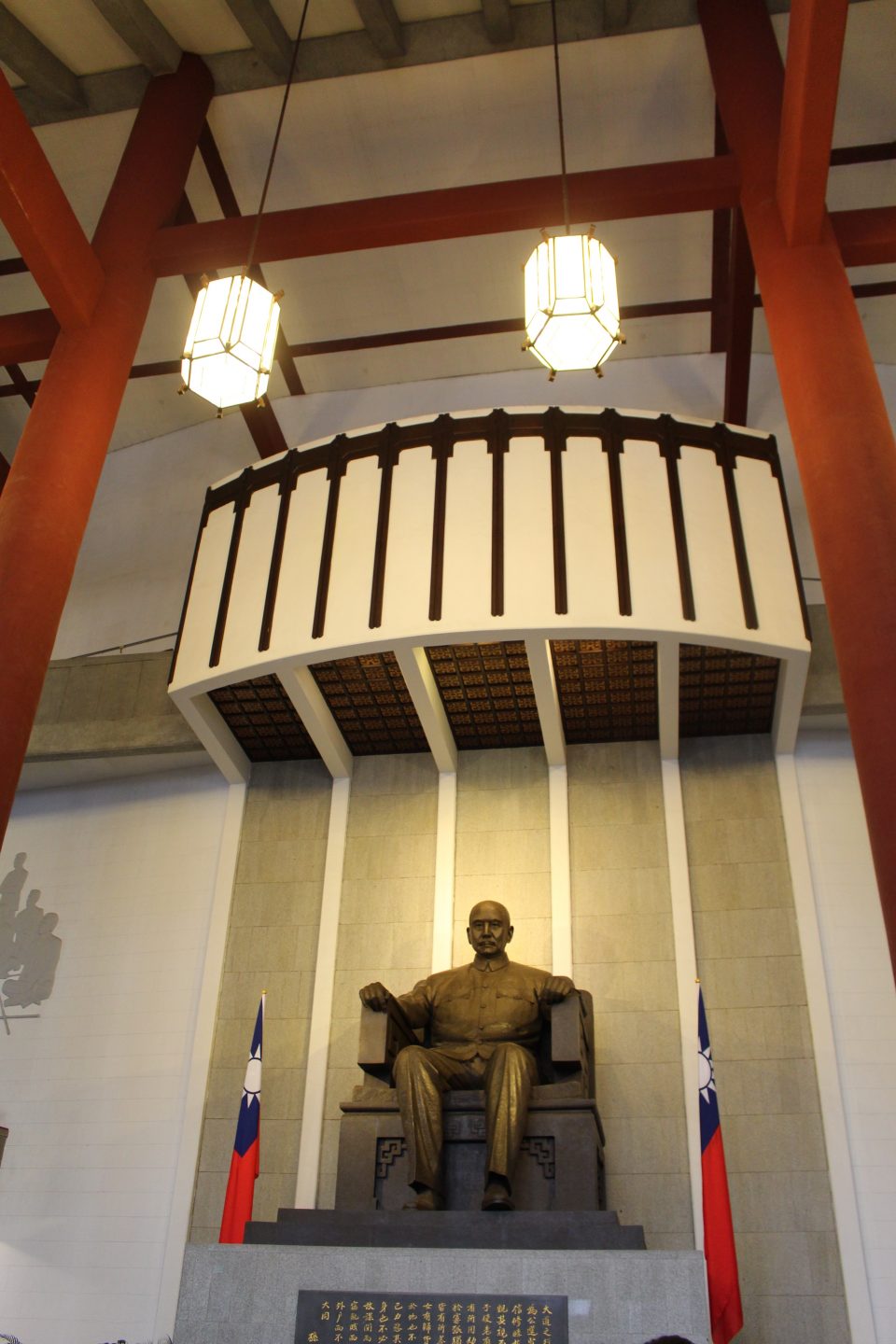 He’s the guy on all the money! 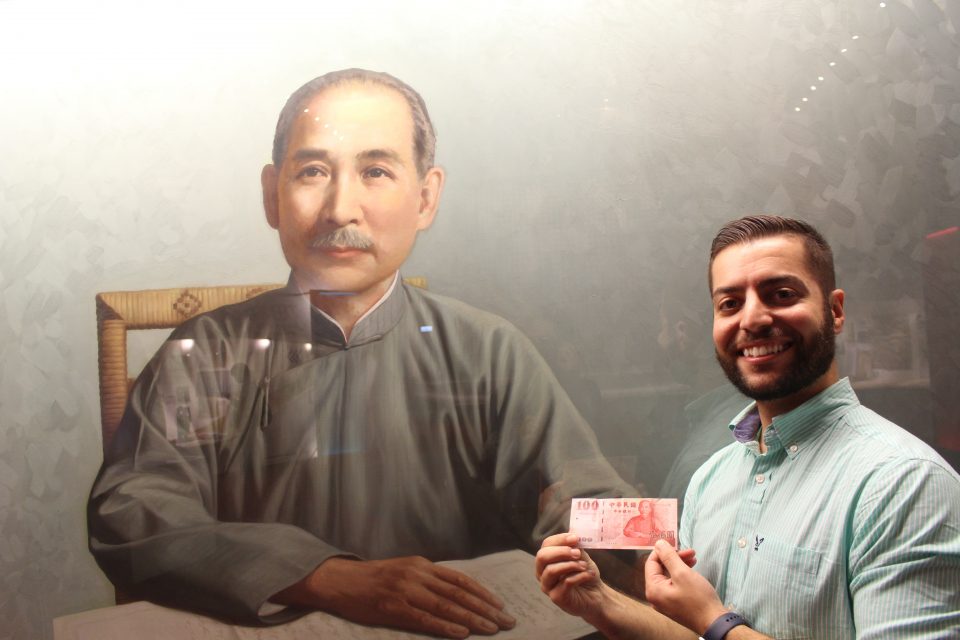 Right about then, the tower had begun to glow, so we made our way up Elephant Mountain for a better view. 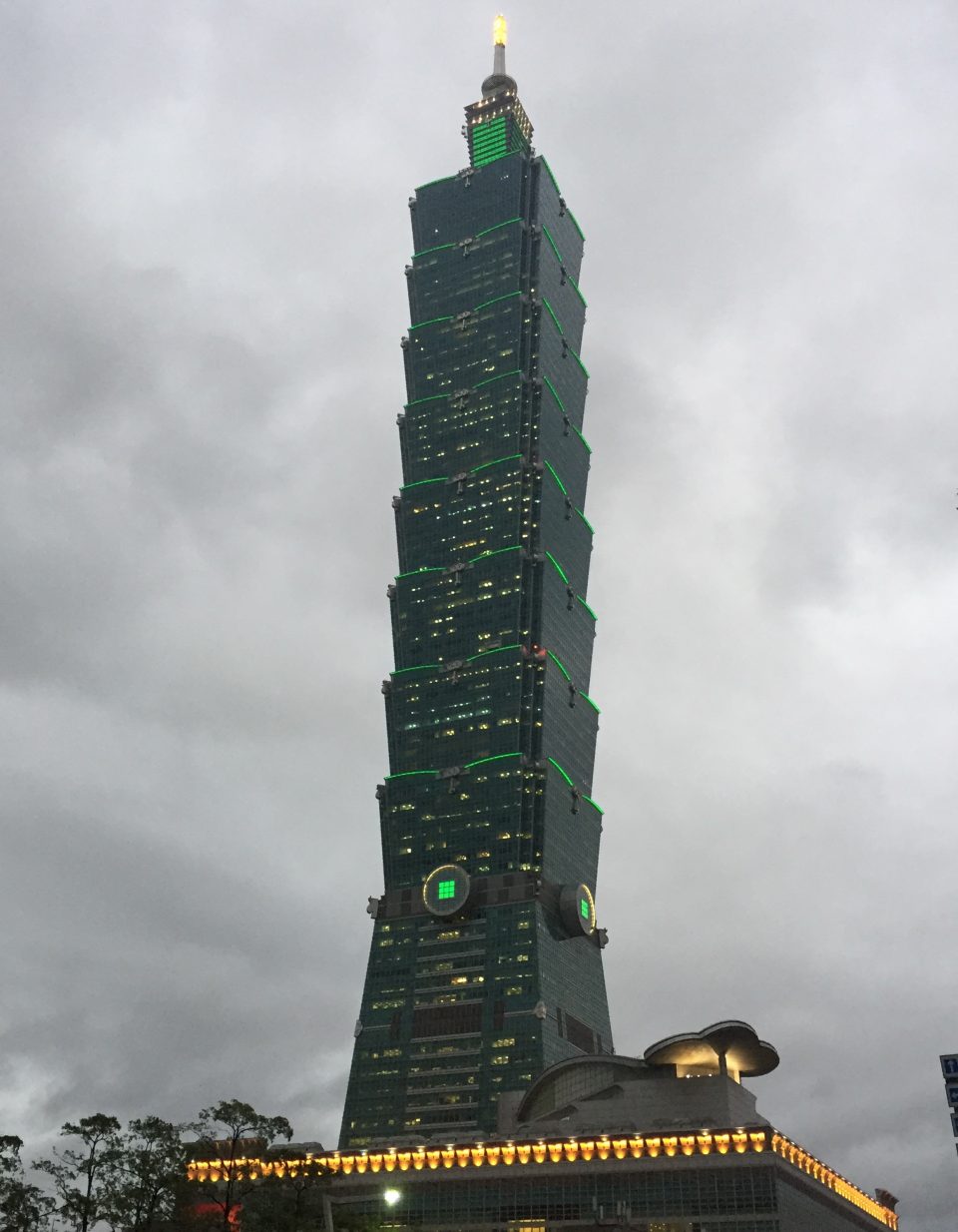 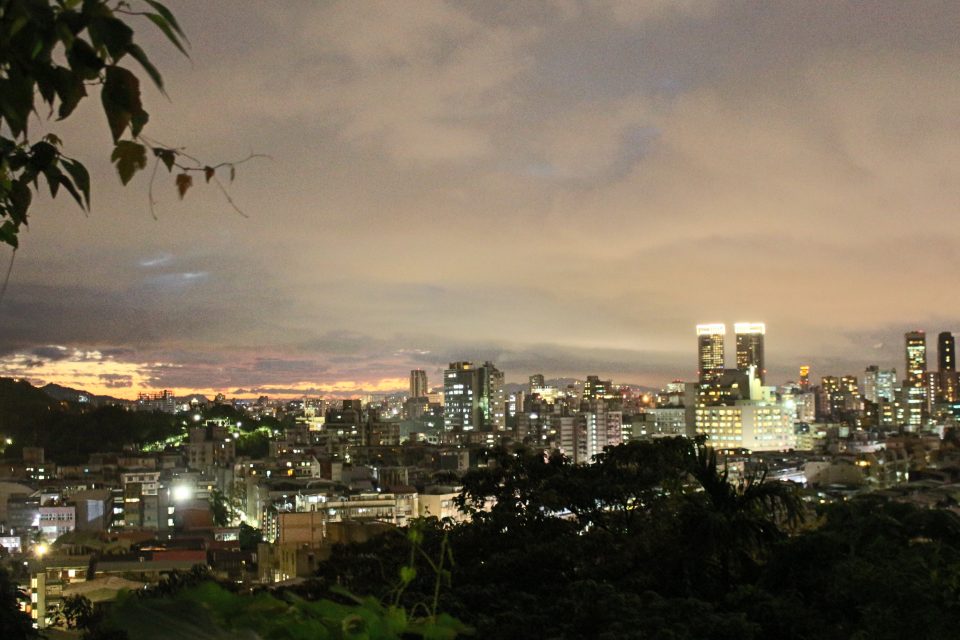 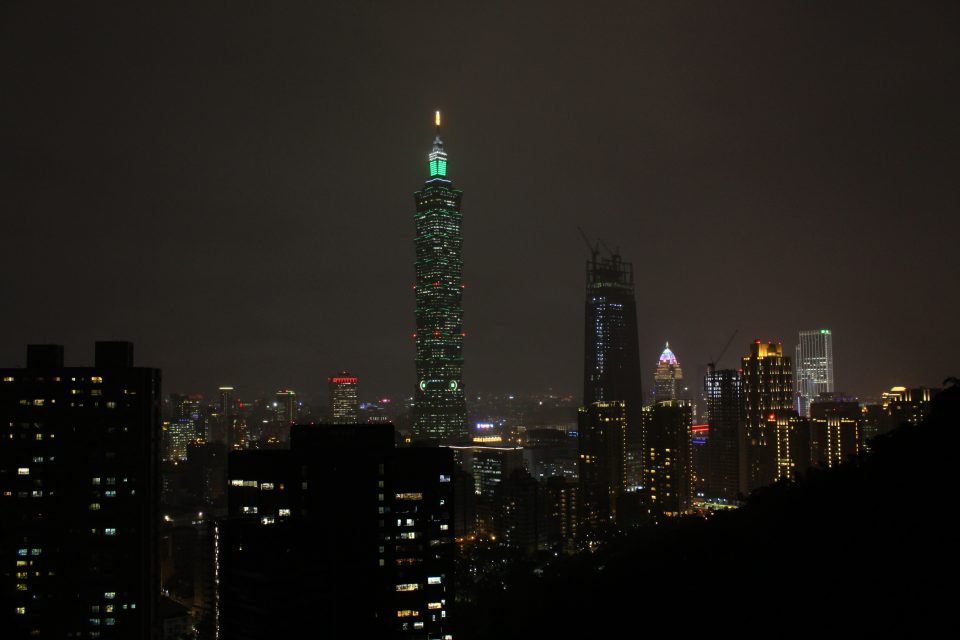 Great views from up here! 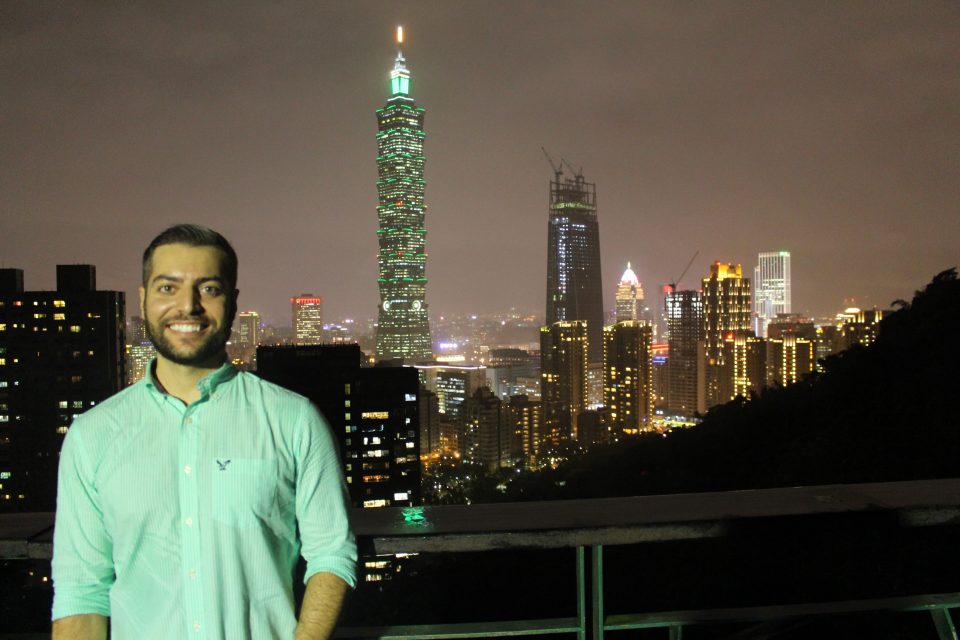