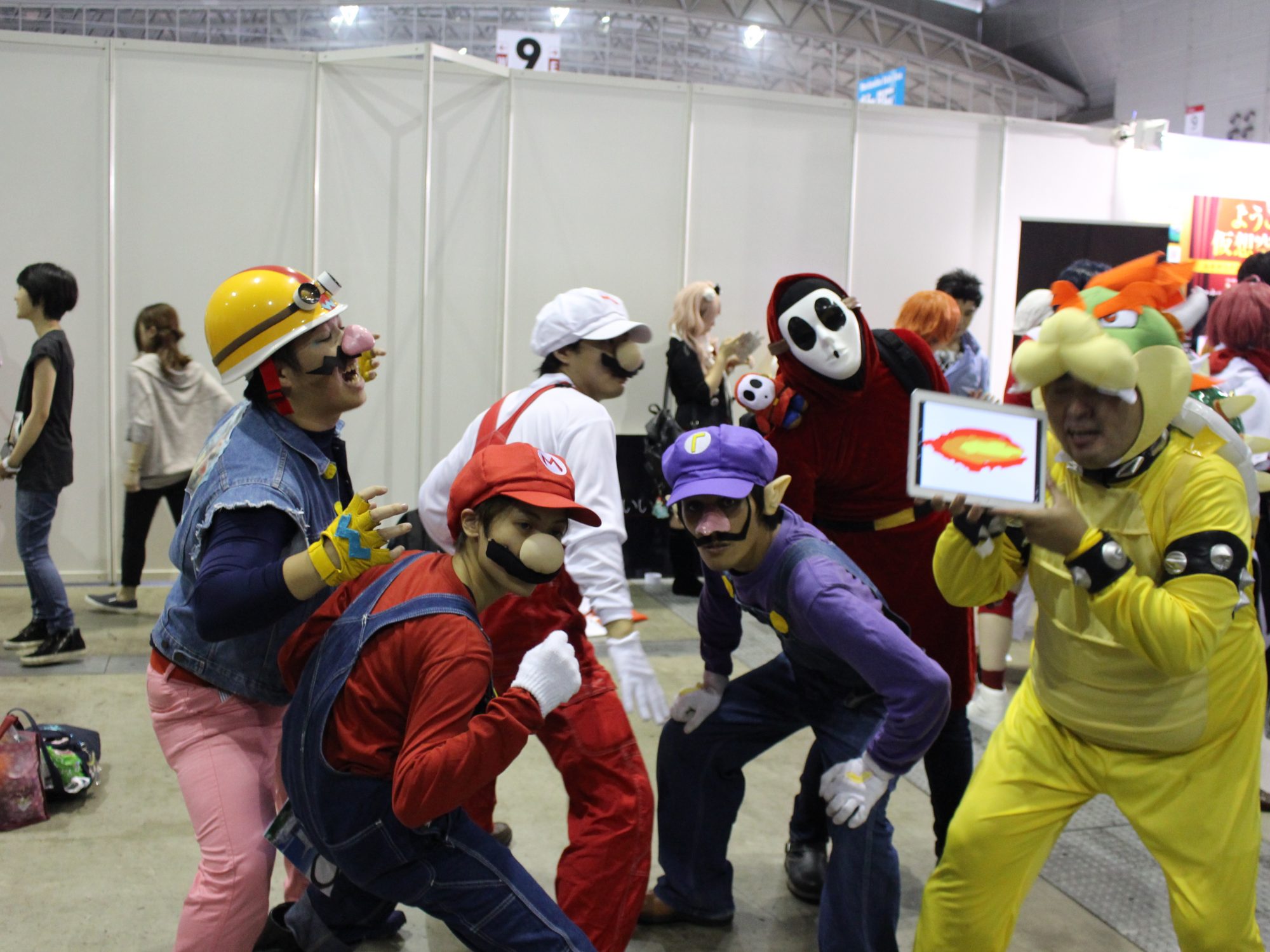 As luck would have it, our stay in Tokyo would coincide with the Tokyo Game Show. Famous for major next-gen gaming announcements and live playable demos, it’s one of the world’s top gaming conventions. 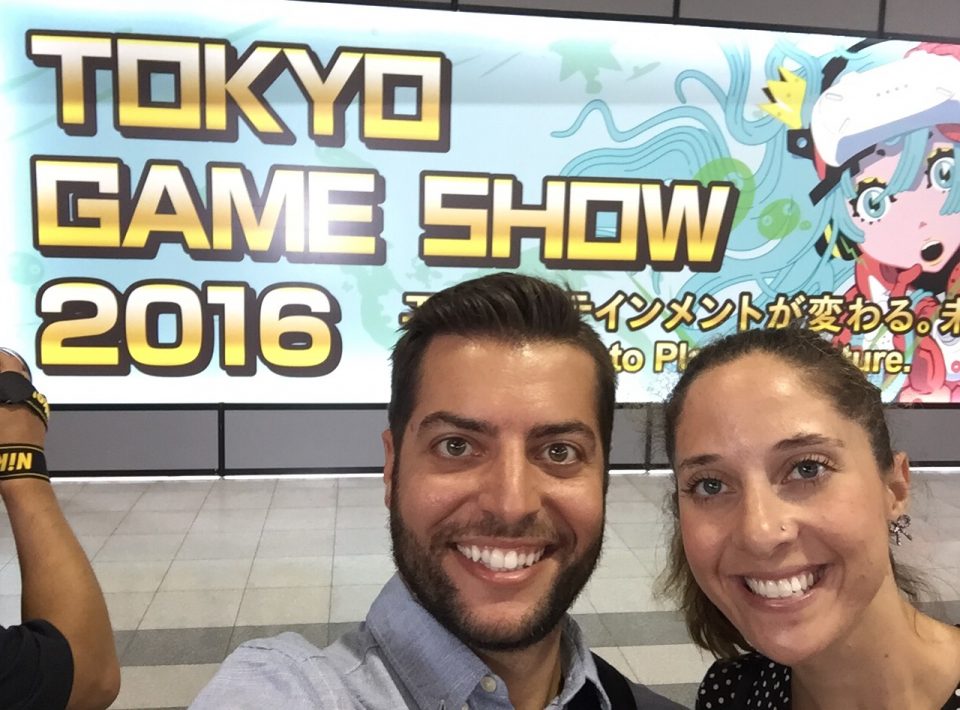 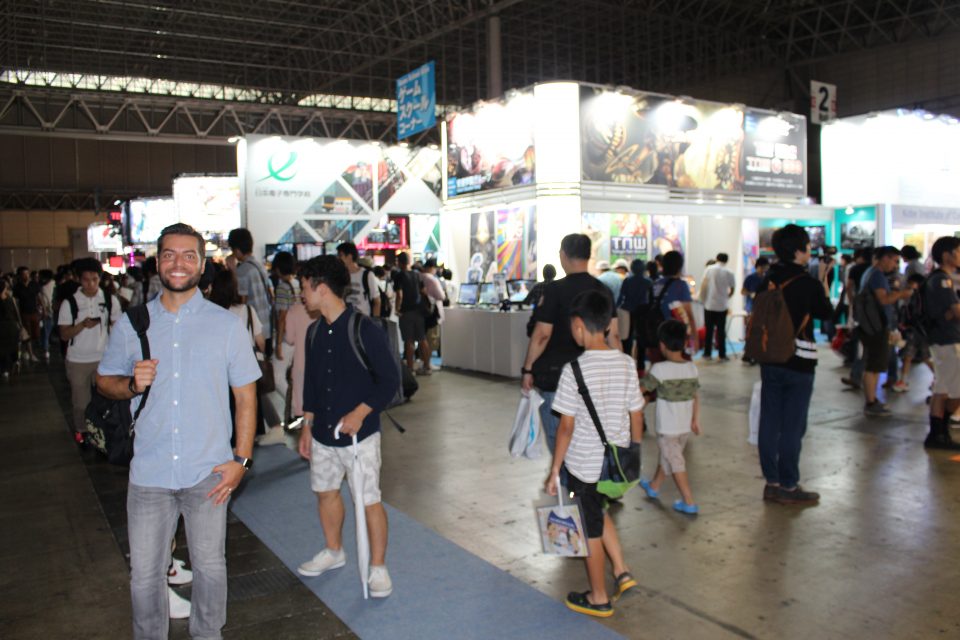 You can’t forget the show girls posing in front of video game and energy drink brands. Konami girl below. 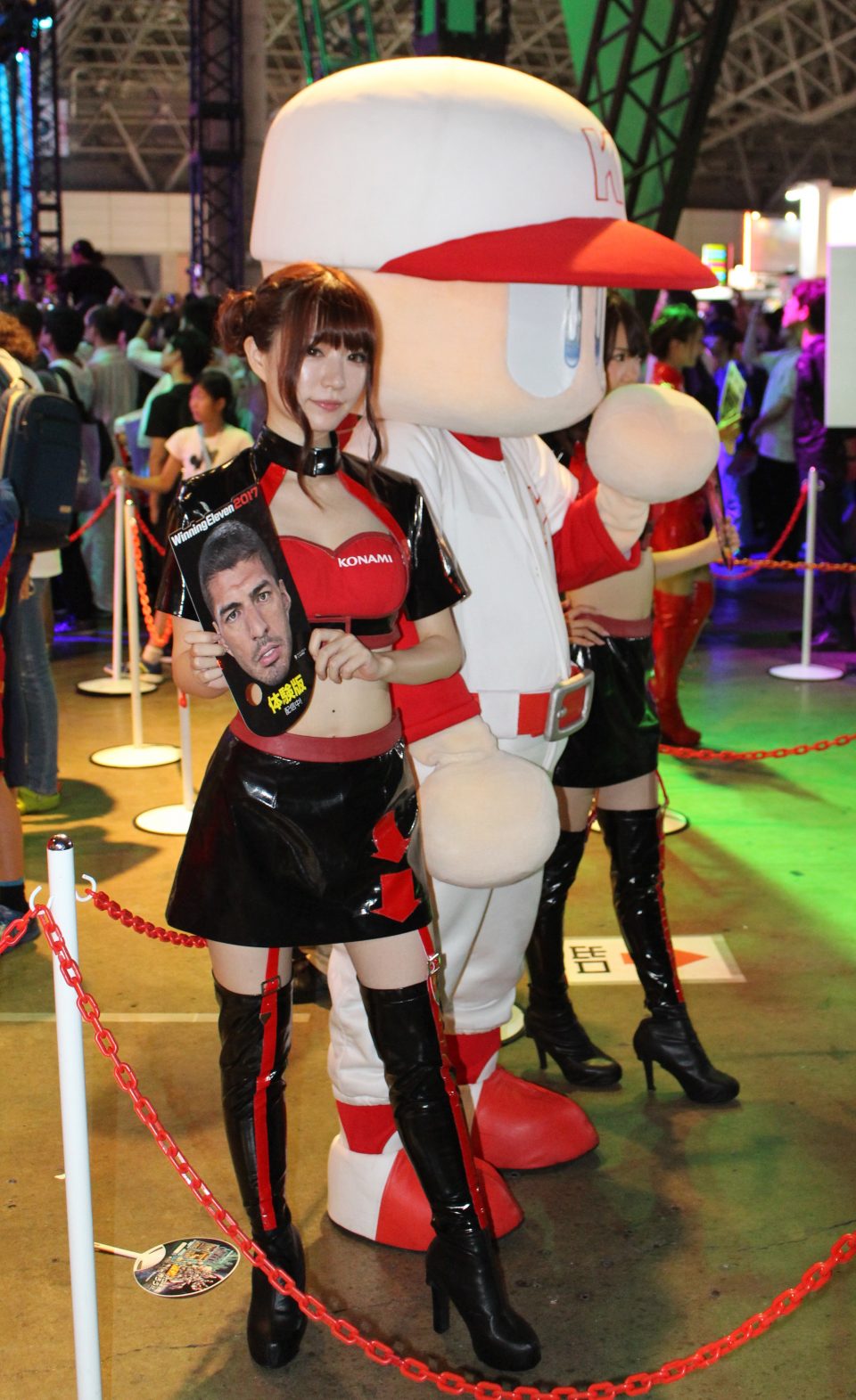 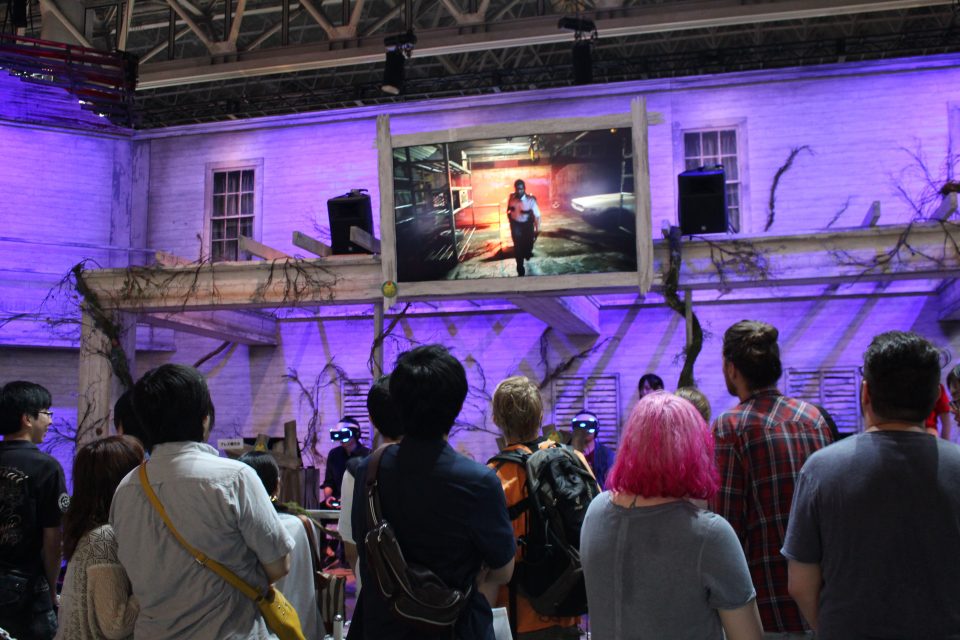 Don’t forget to snag a pic with cosplayers (fans who dress up as their favorite characters), here a couple as Link and Dark Link. 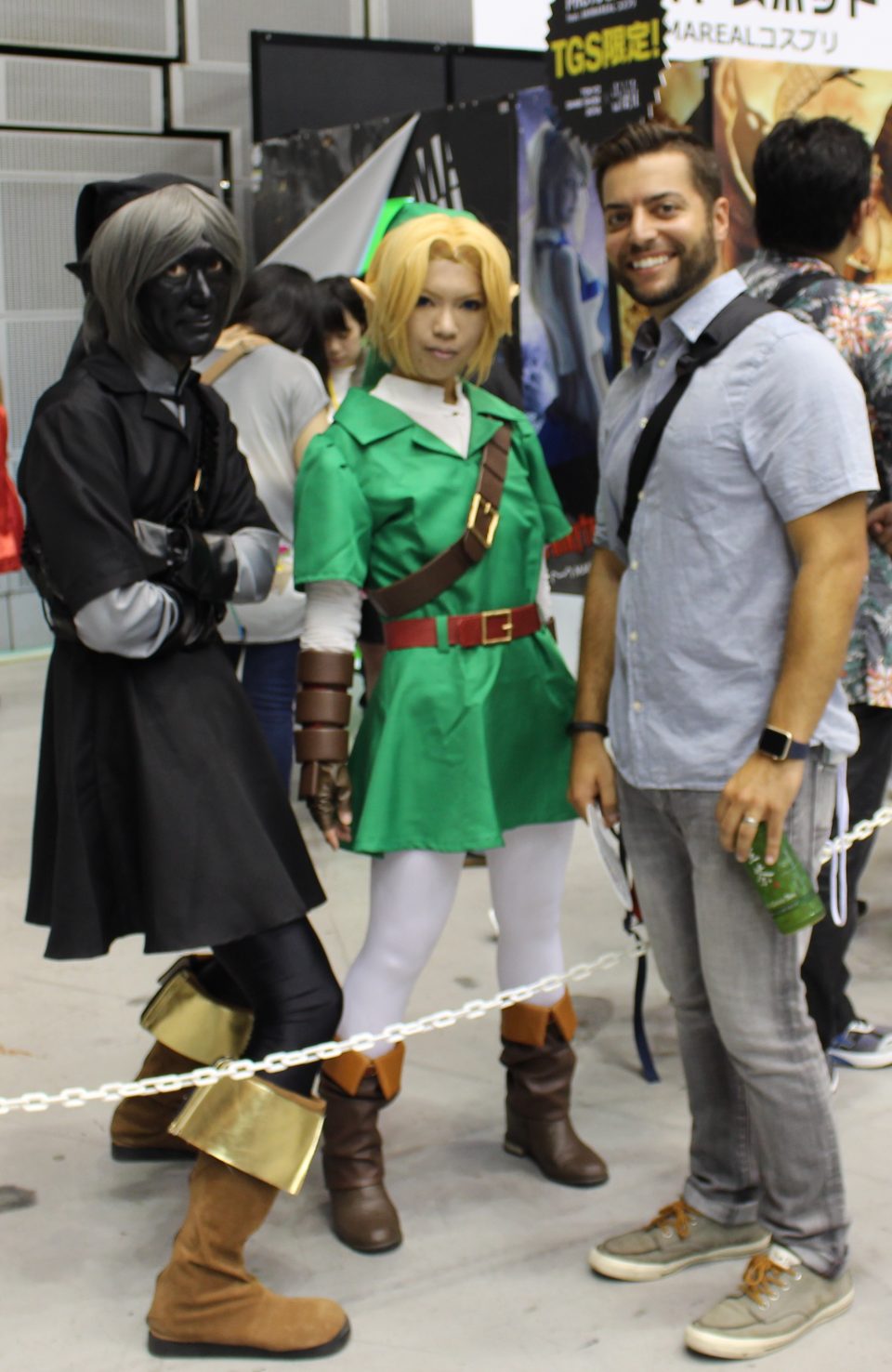 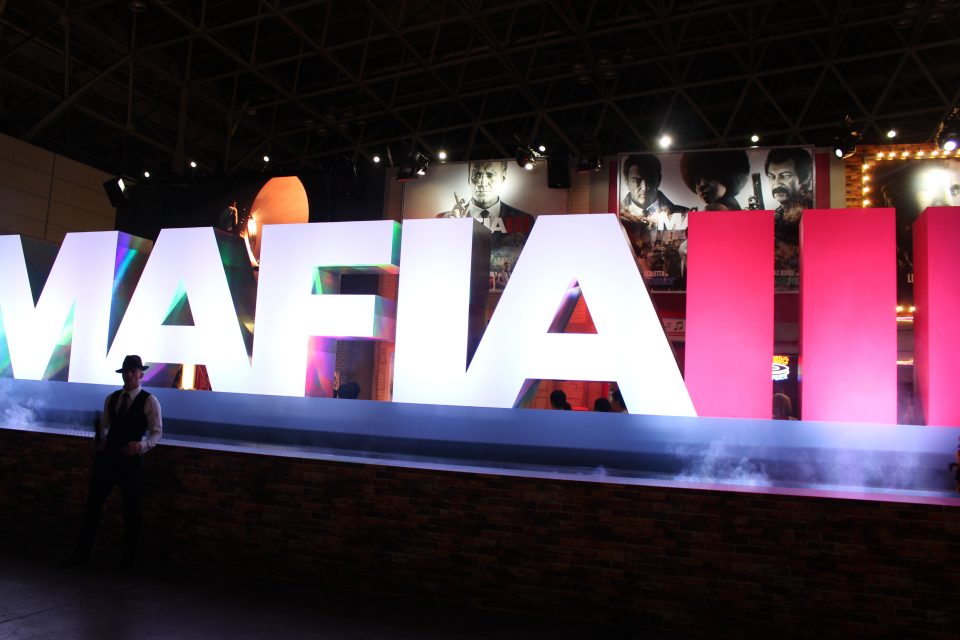 While Harold preferred info on games like Mafia III, Jennifer couldn’t look away from the romance simulation area. Below, a live action version of the game where Japanese girls playing the role of a secretary allow themselves to be seduced by The Boss (chair swiveling included). 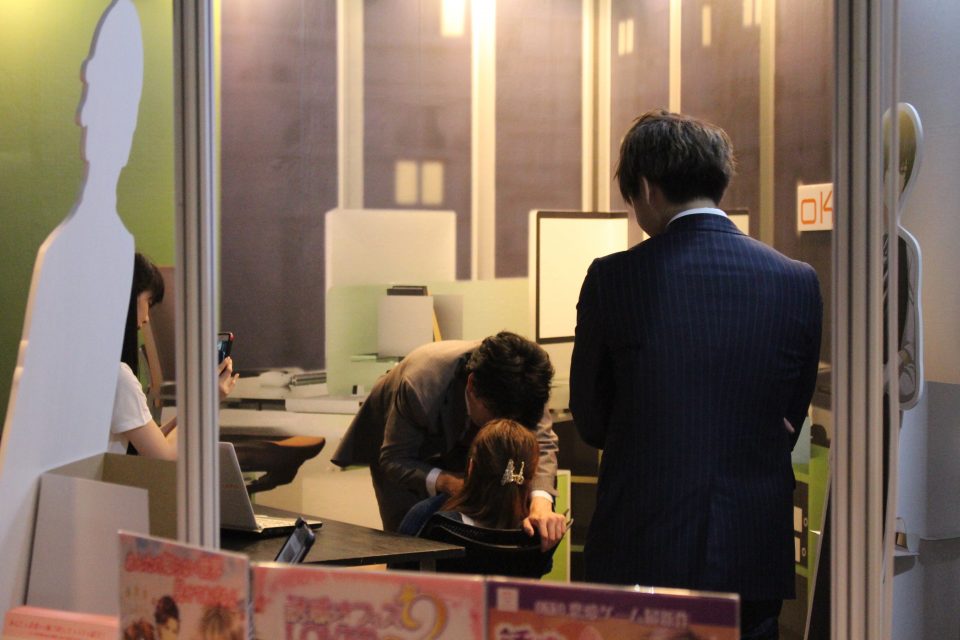 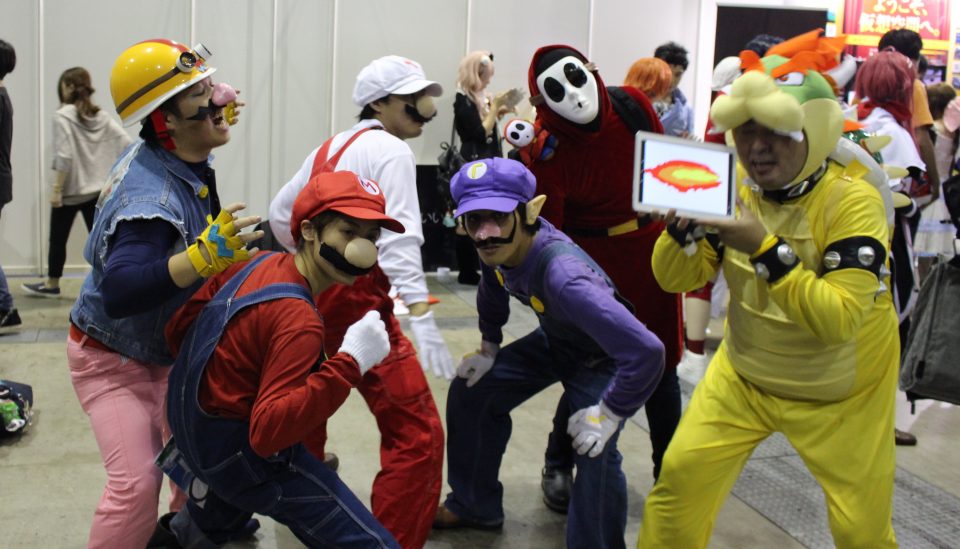 To end the day, we ate an Asakusa traditional dish (loach) with sake at a traditional Japanese restaurant sitting on tatami mats. 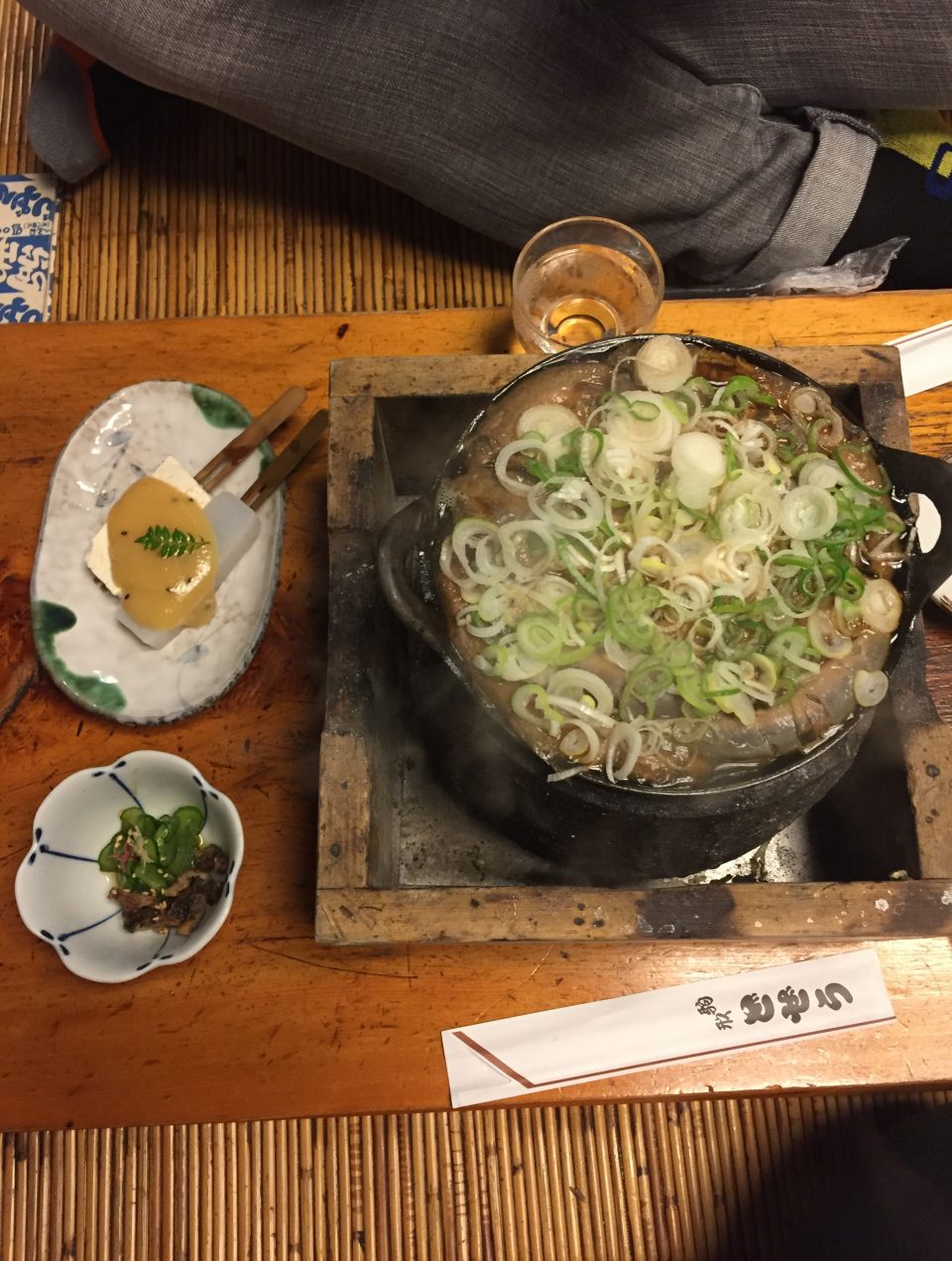