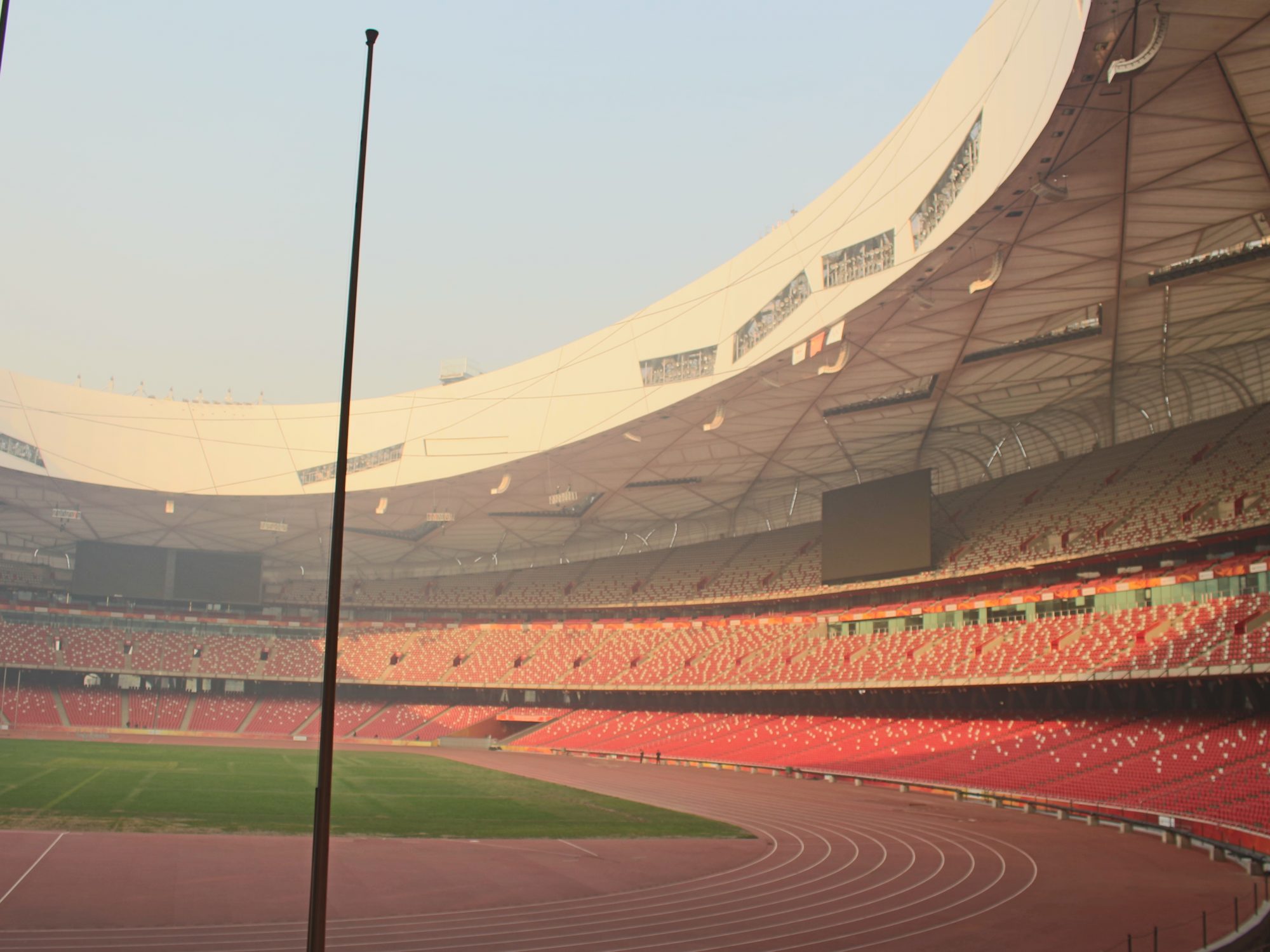 Before seeing the National Stadium, we had to make a few quick stops.

First, we visited the Mausoleum of Mao Zedong. Mao (whose huge portrait hangs in Tiananmen Square) was the chairman of the Communist Party of China, and his mummified corpse is said to be in the mausoleum. In fact, you can see it! They wouldn’t let us take pictures, but imagine what looks like Mao sleeping, face visible and everything, as you are allowed to take a quick glance. But his face looks almost alive. Some say it’s a wax figure and that his real body is underneath it. Either way, pretty spooky! 💀👻

Next up, we had some unfinished business at the National Museum of China. 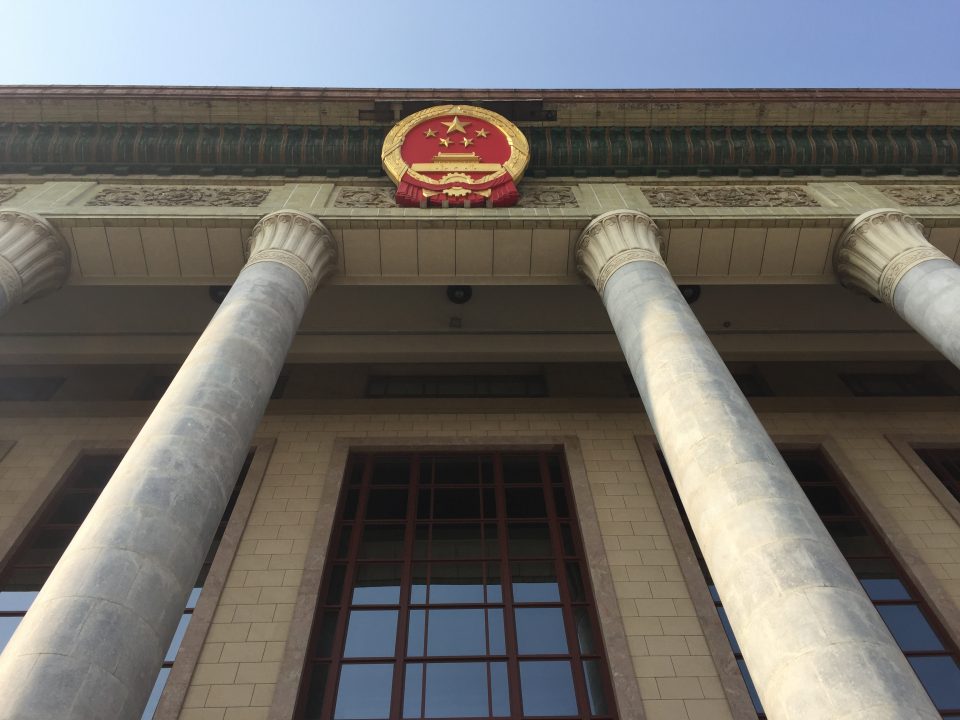 Our favorite exhibit showcased the many diplomatic gifts to China. Check out this gift from Putin! 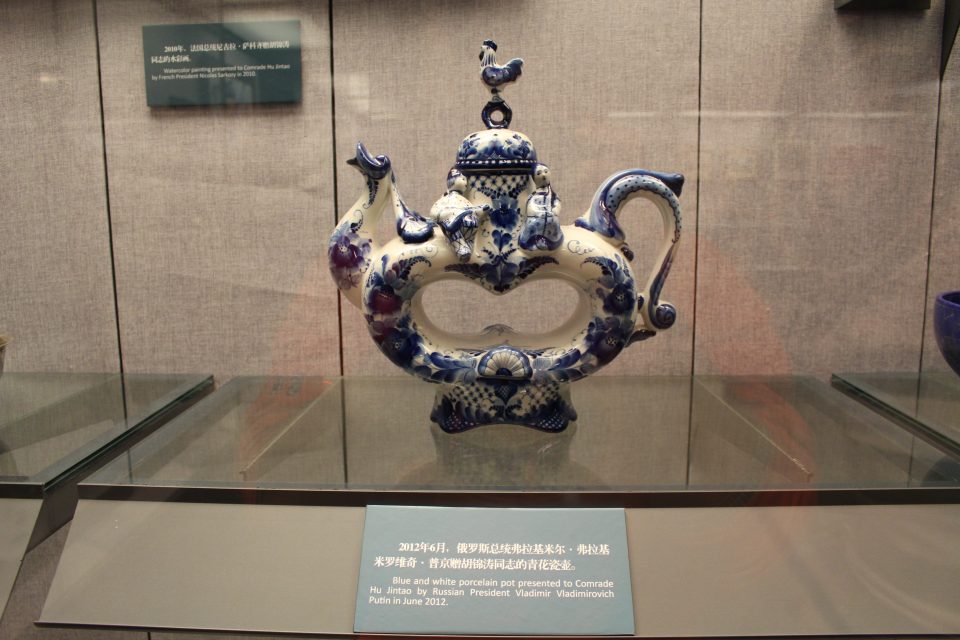 Or this one from Hillary Clinton! 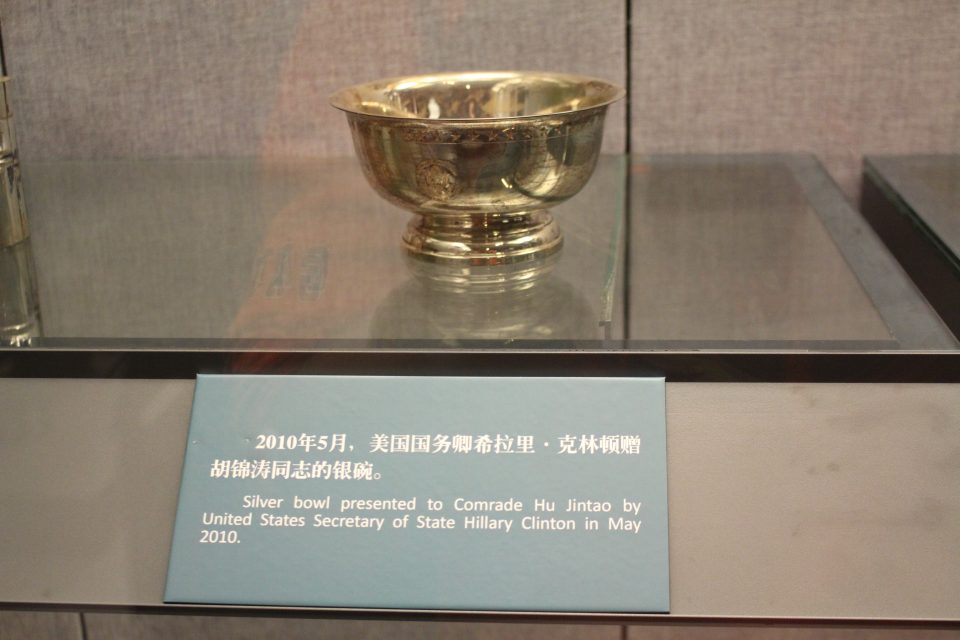 Next, we visited the Great Hall of the People, Beijing’s legislative building. 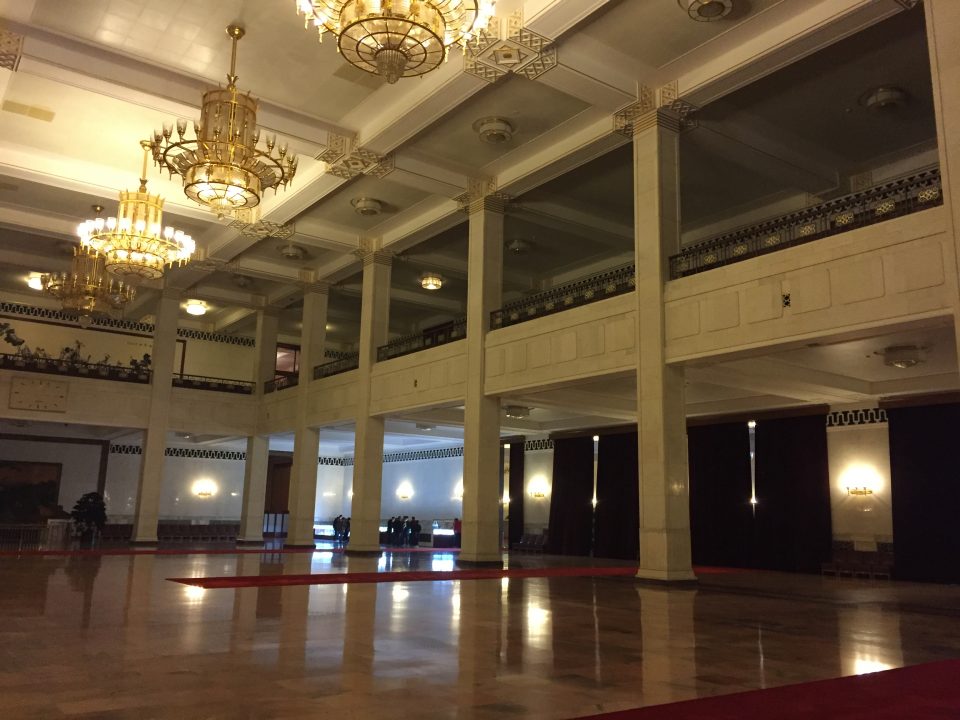 Below, you might spot all the microphones on the desks for speakers. 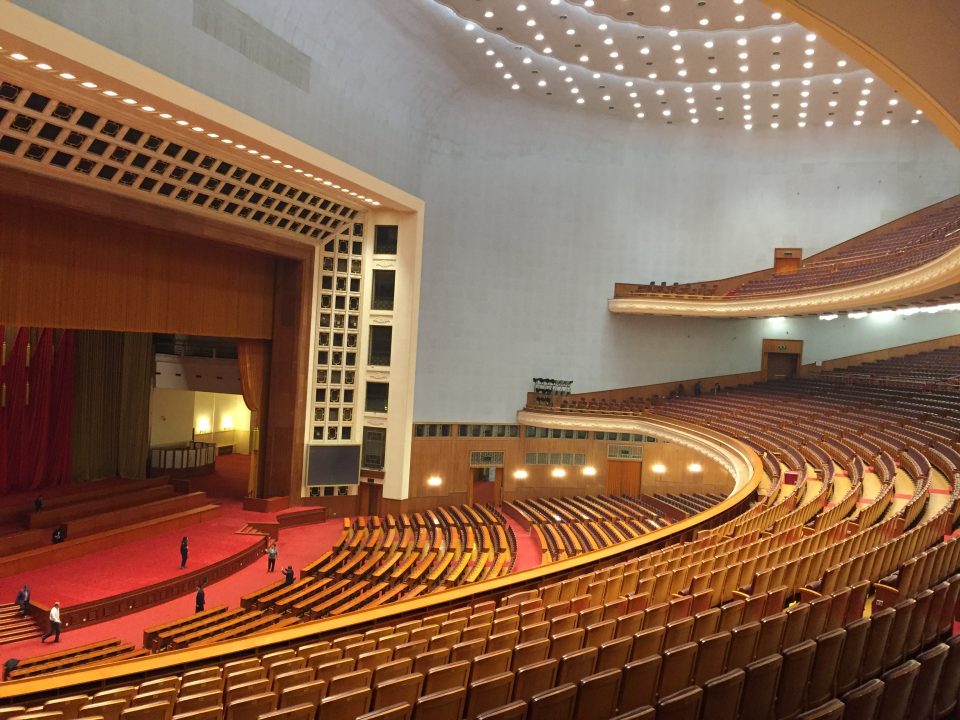 Lastly, it was time to take a peek at the National Stadium, aka The Bird’s Nest. There are other interesting buildings in the area, but you’ll know The Bird’s Nest when you see it. 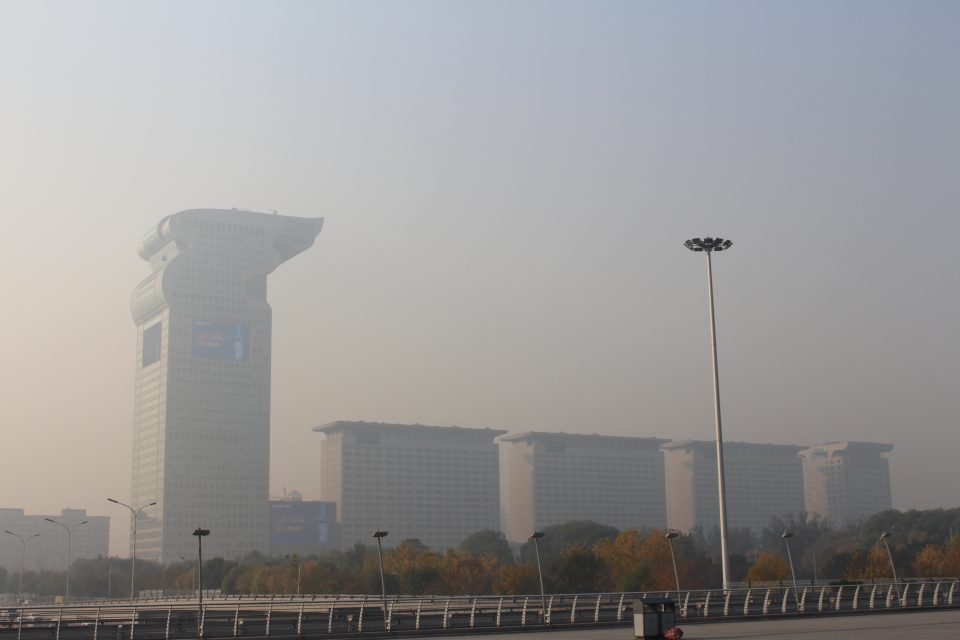 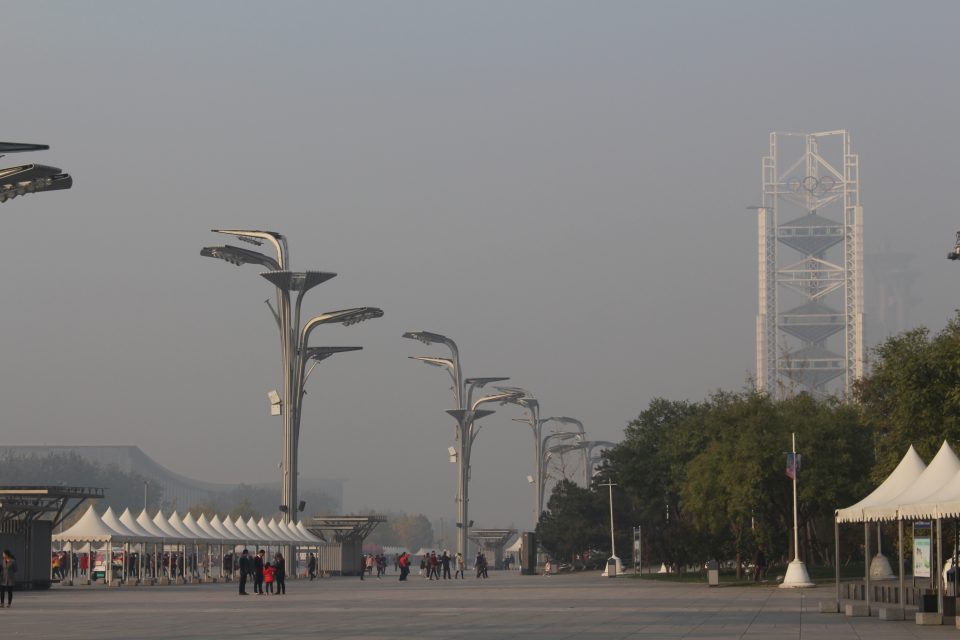 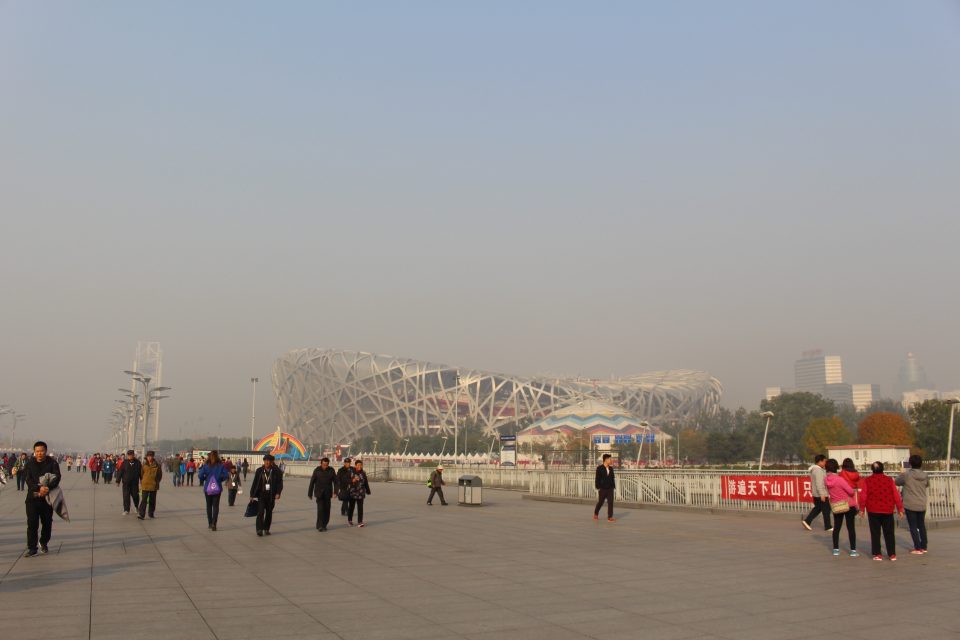 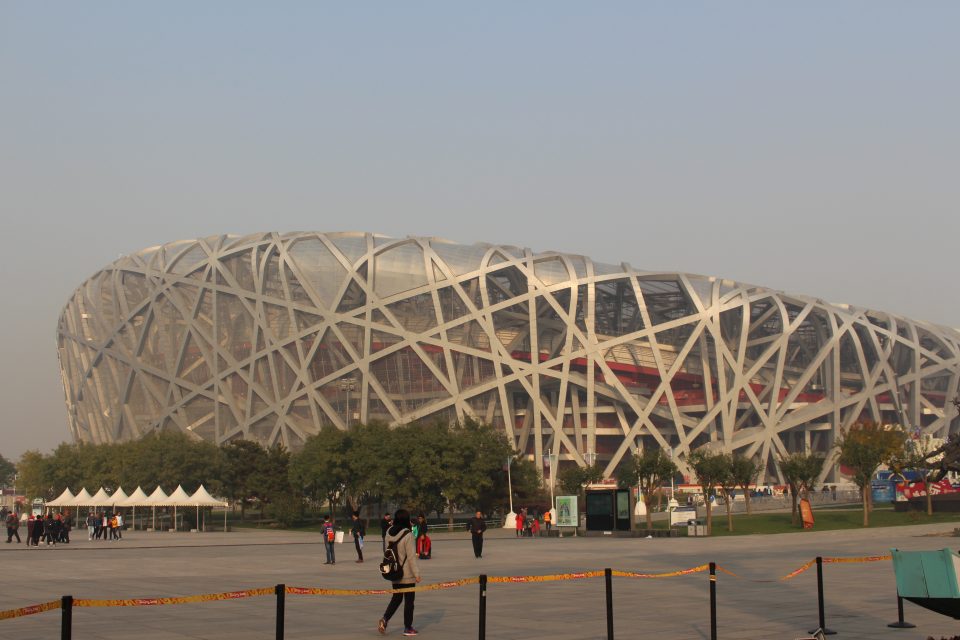 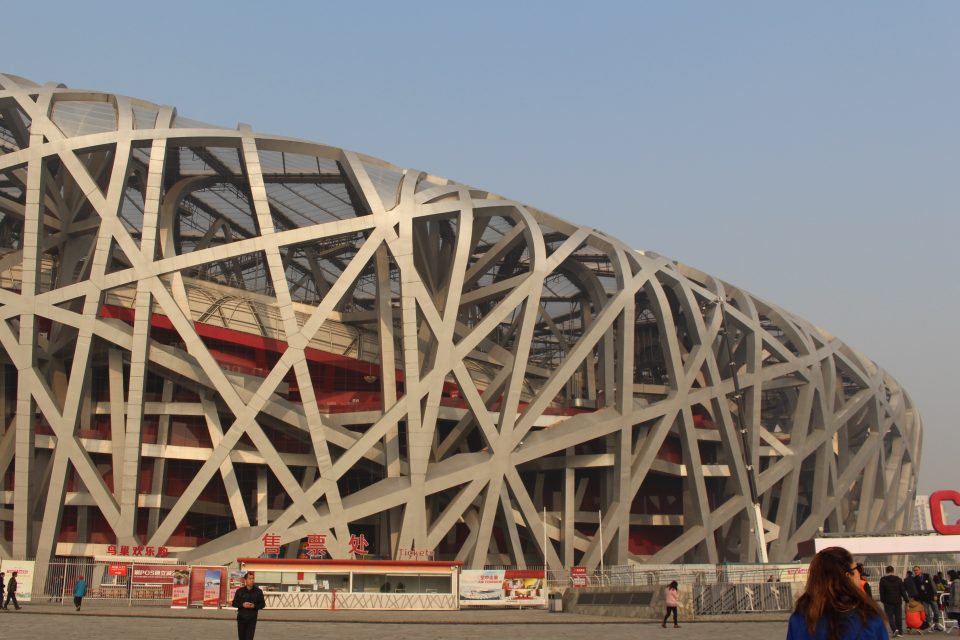 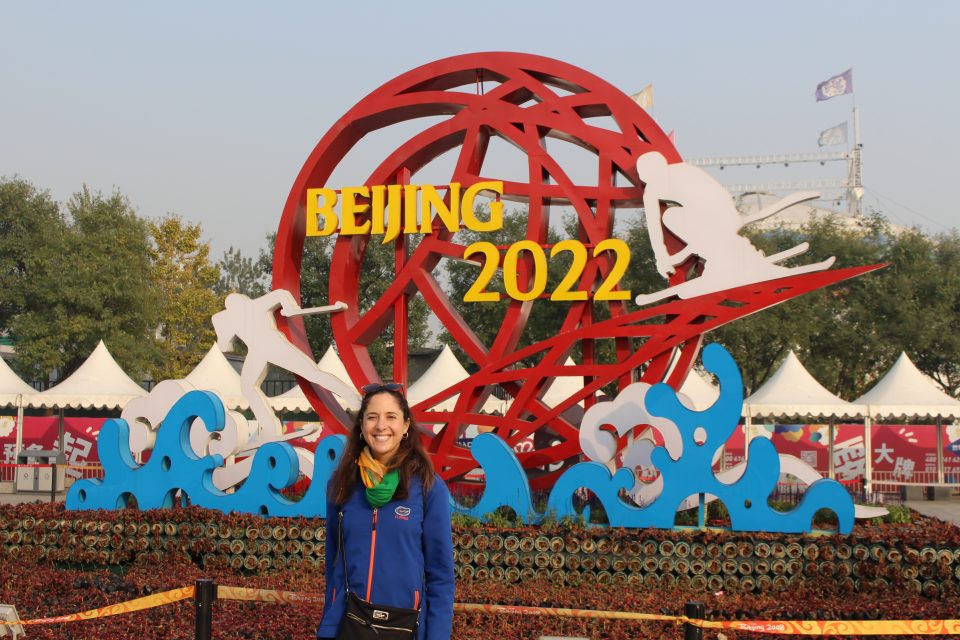 Inside, they had an epic montage of the 2008 Beijing Olympic Games on the big screen. Looks like they’re gearing up for the 2022 Winter Games, making the stadium the only venue to hold both Summer and Winter Olympics! 🎖 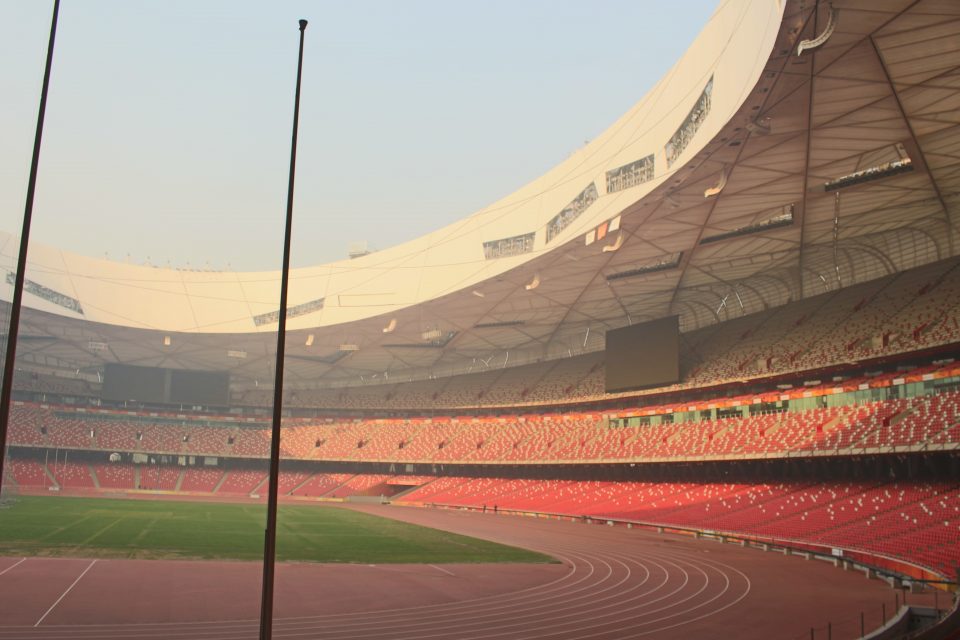