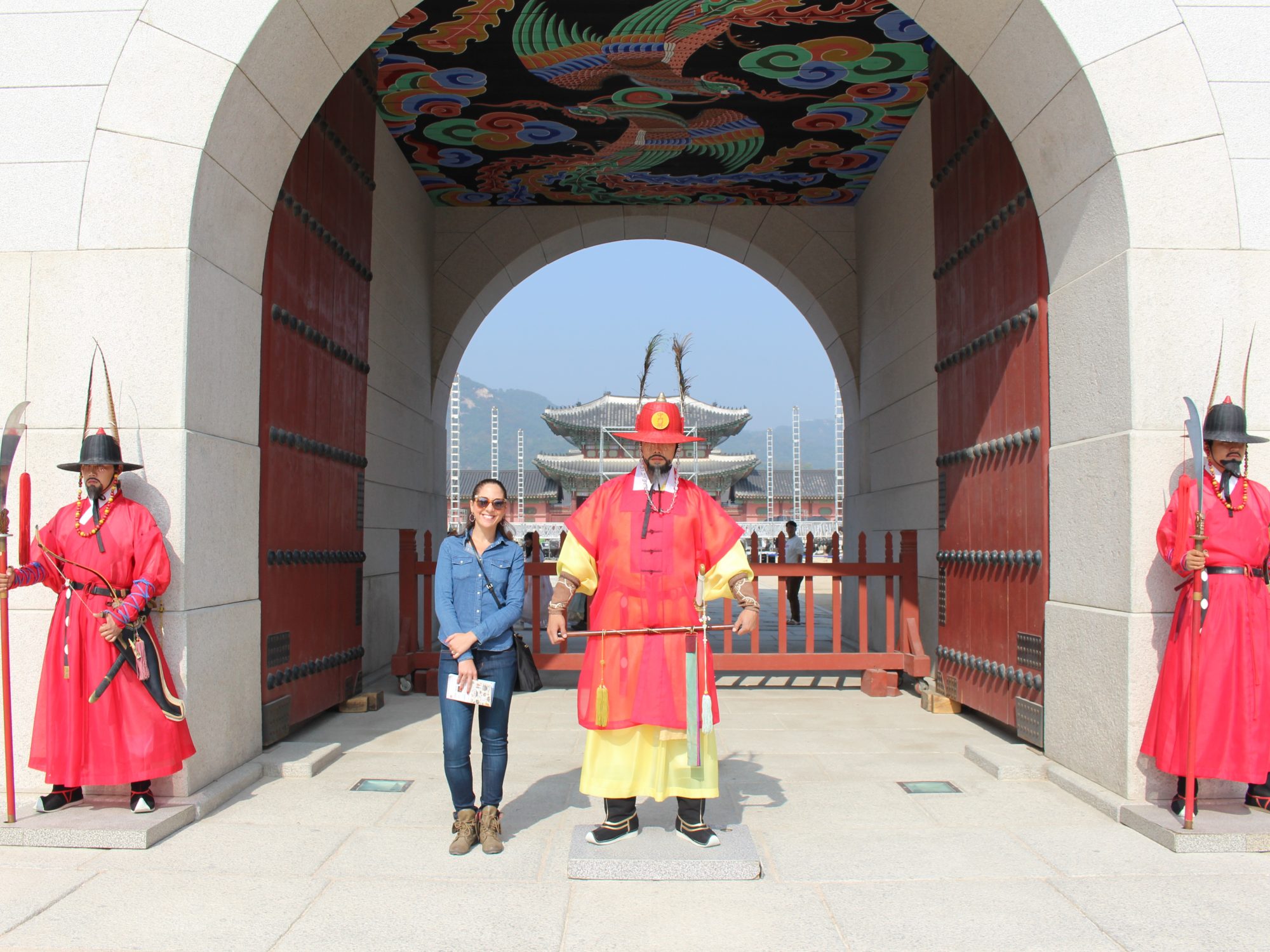 As we got closer to Gyeongbokgung, former royal palace located in downtown Seoul, we began to see many people dressed in traditional Korean clothing. It was nice to see the old mixing effortlessly with the new. 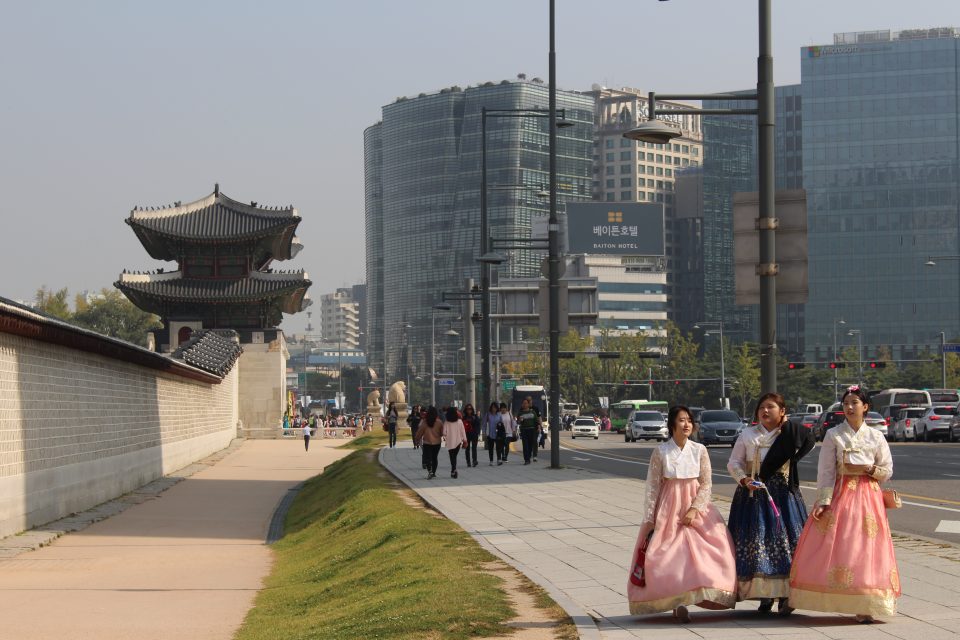 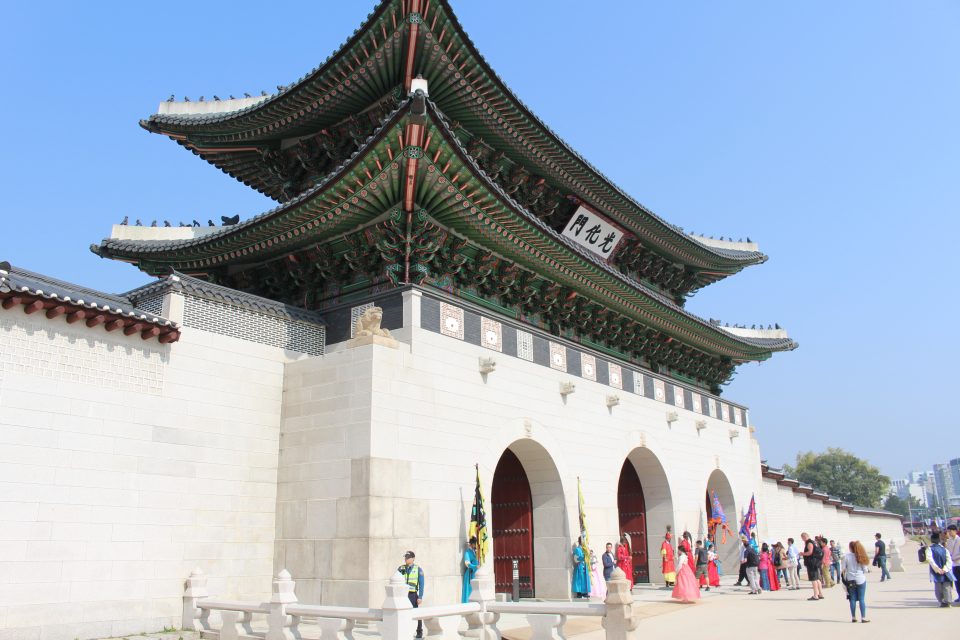 Royal guards are the real deal! 😆 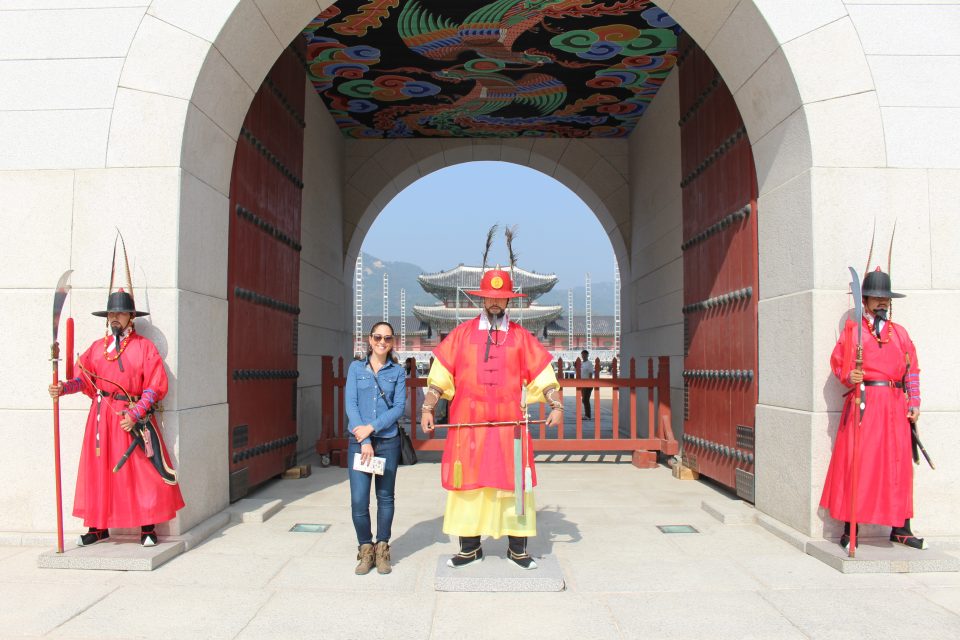 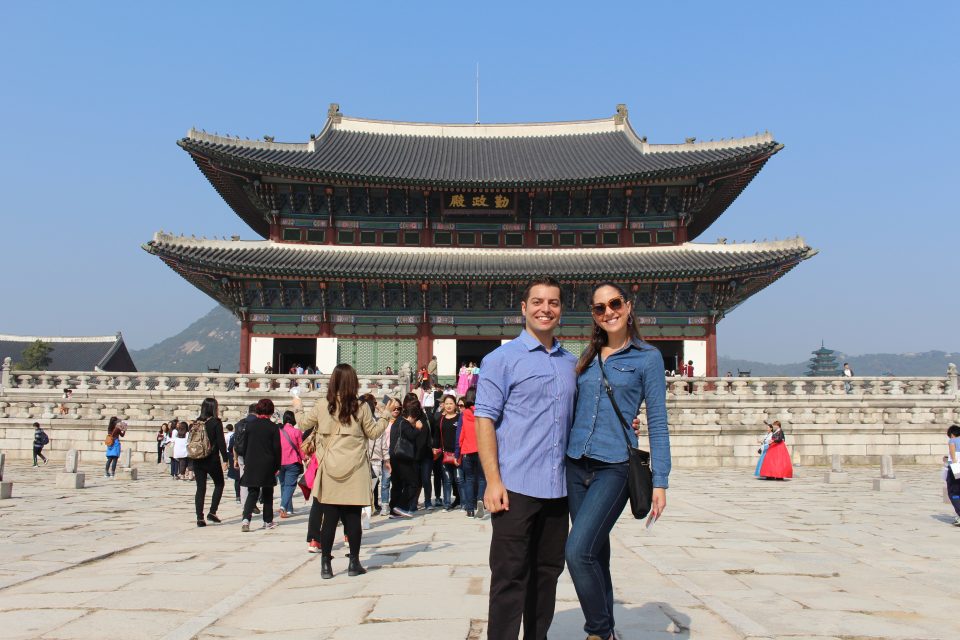 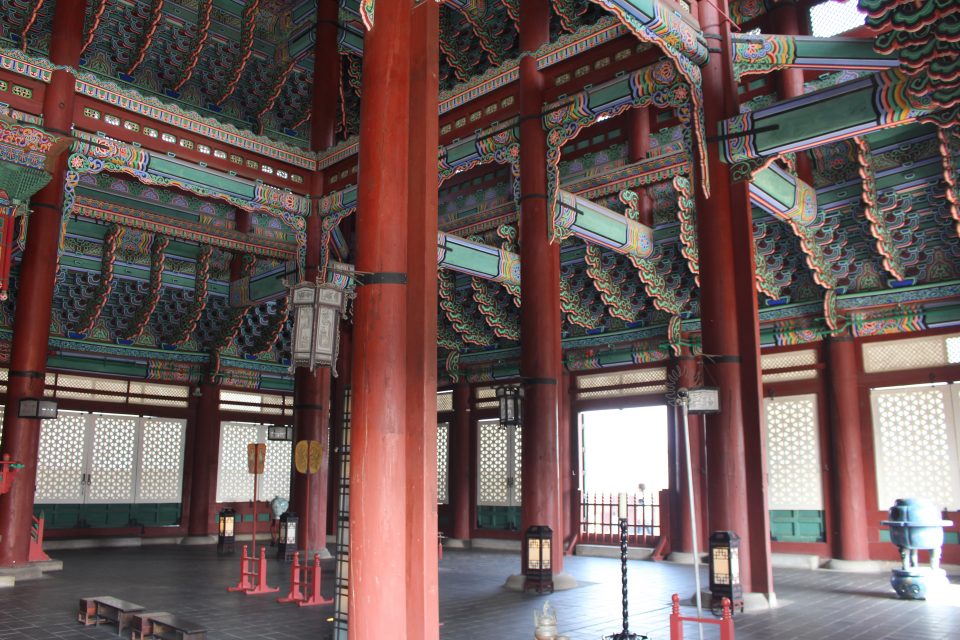 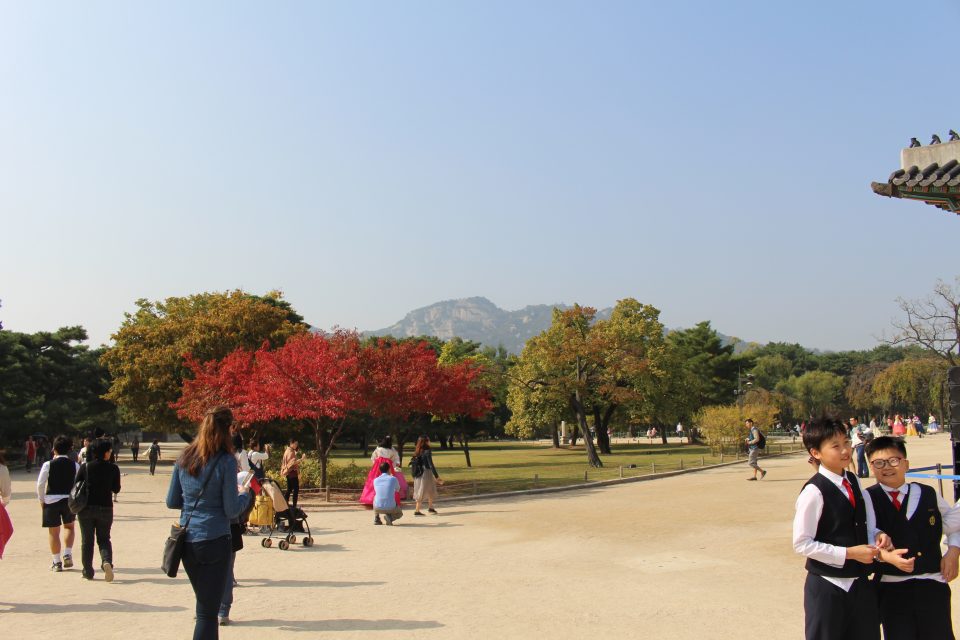 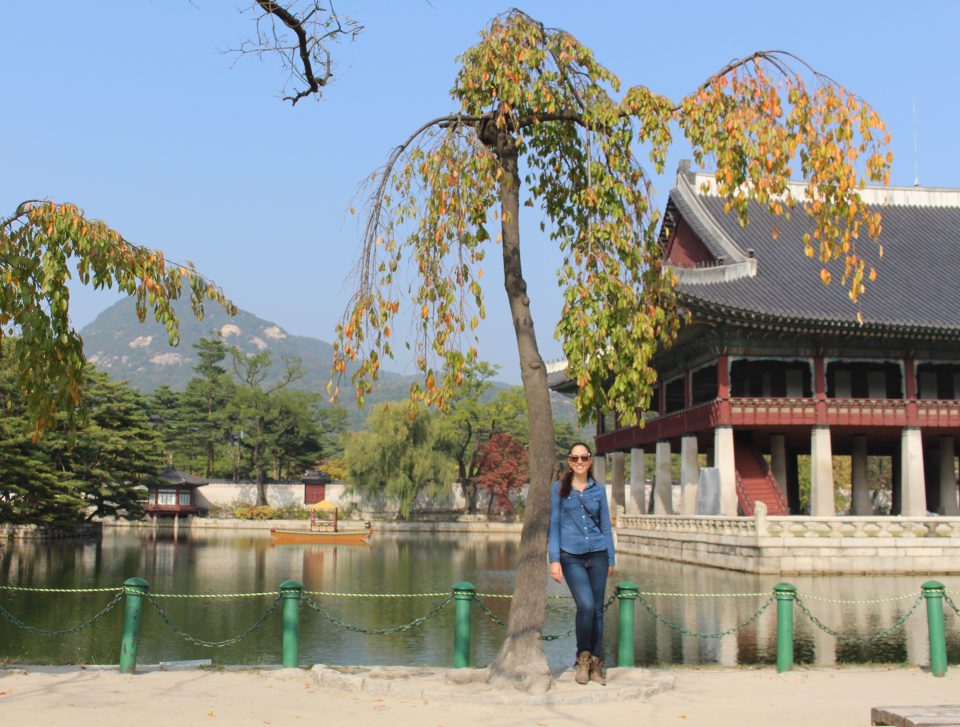 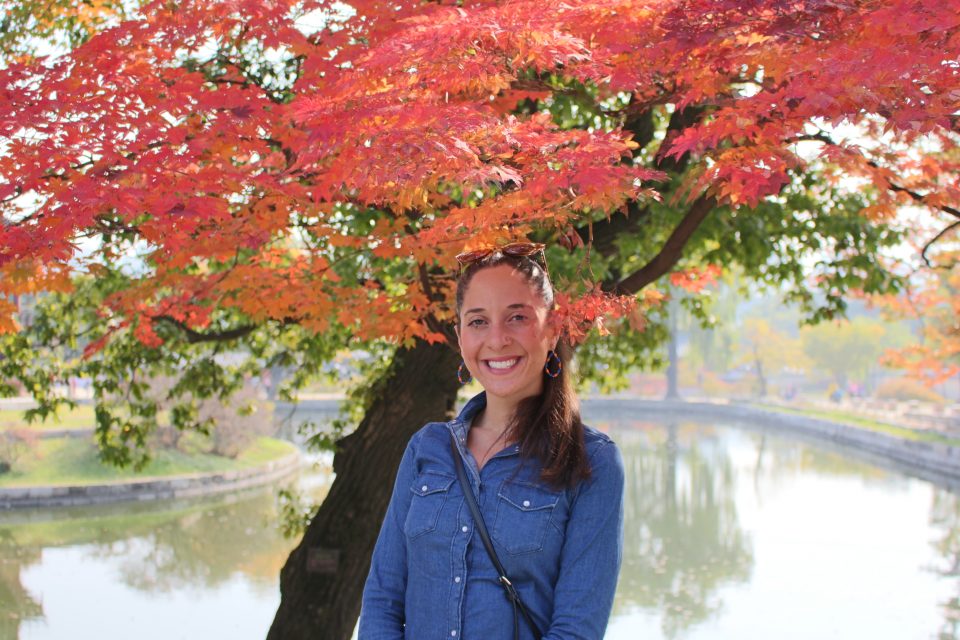 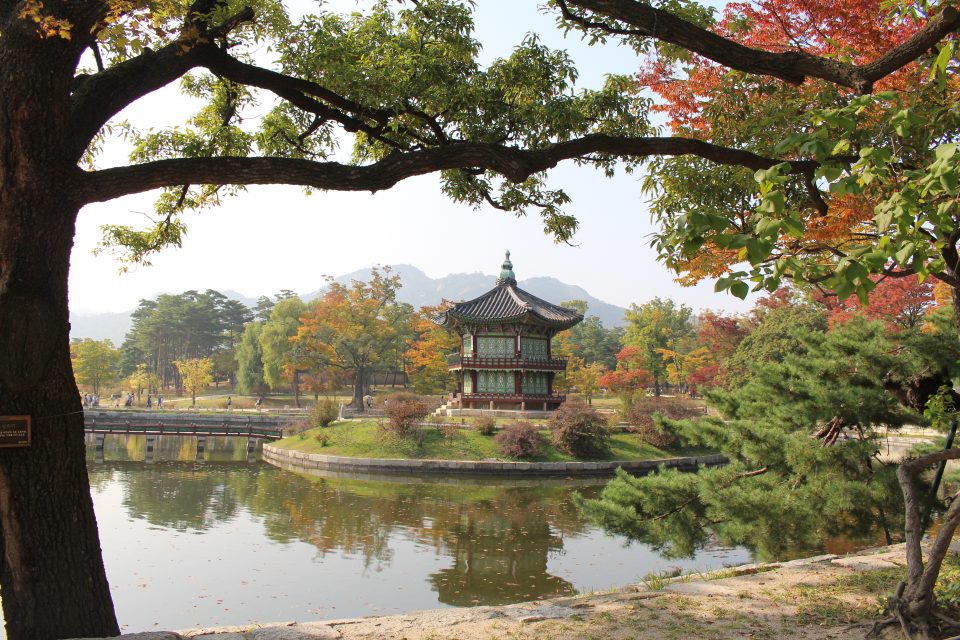 Taking a quick stroll over to Changdeokgung Palace, we passed by busy streets and stores. 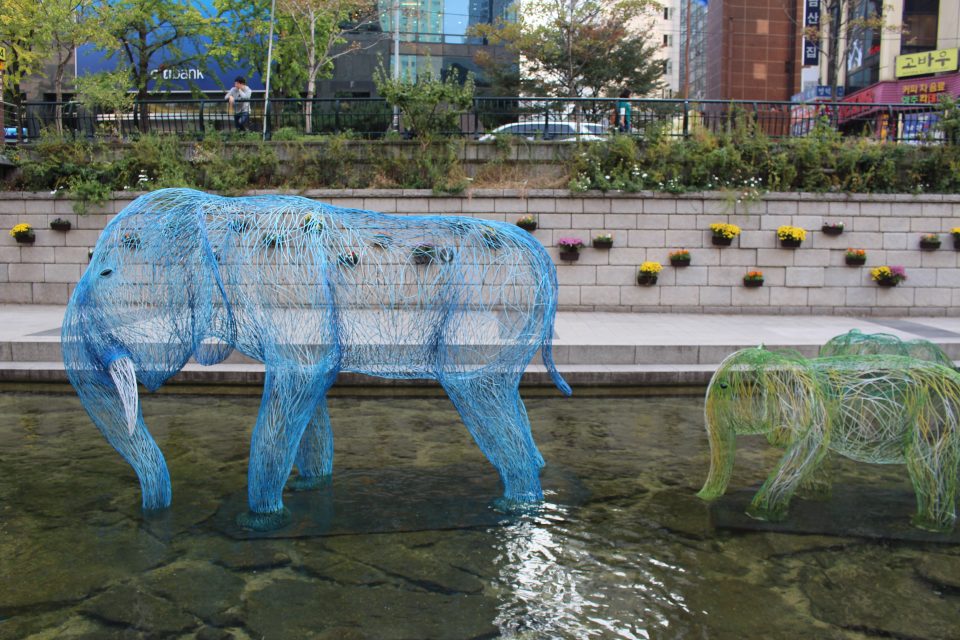 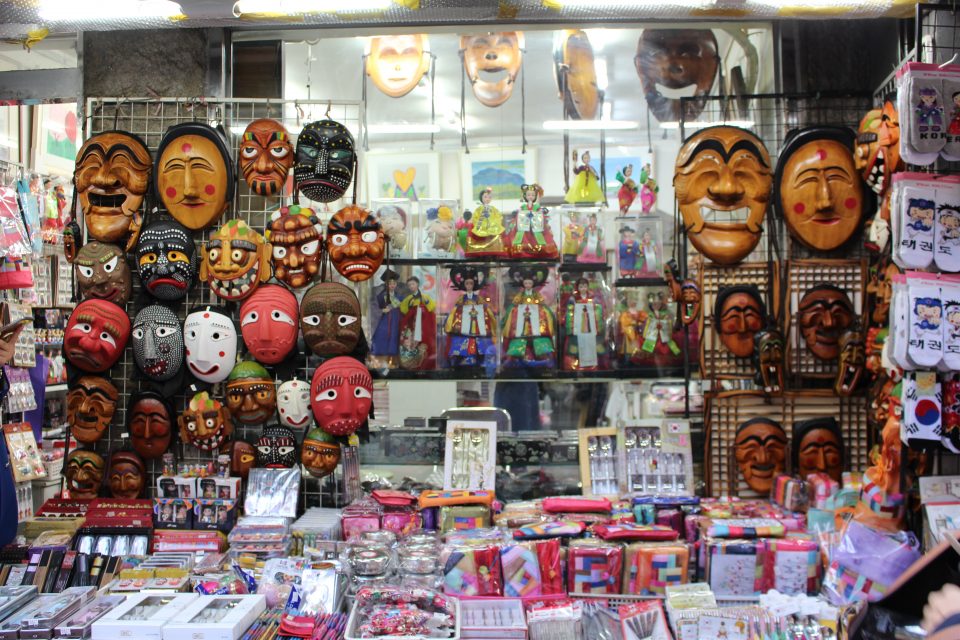 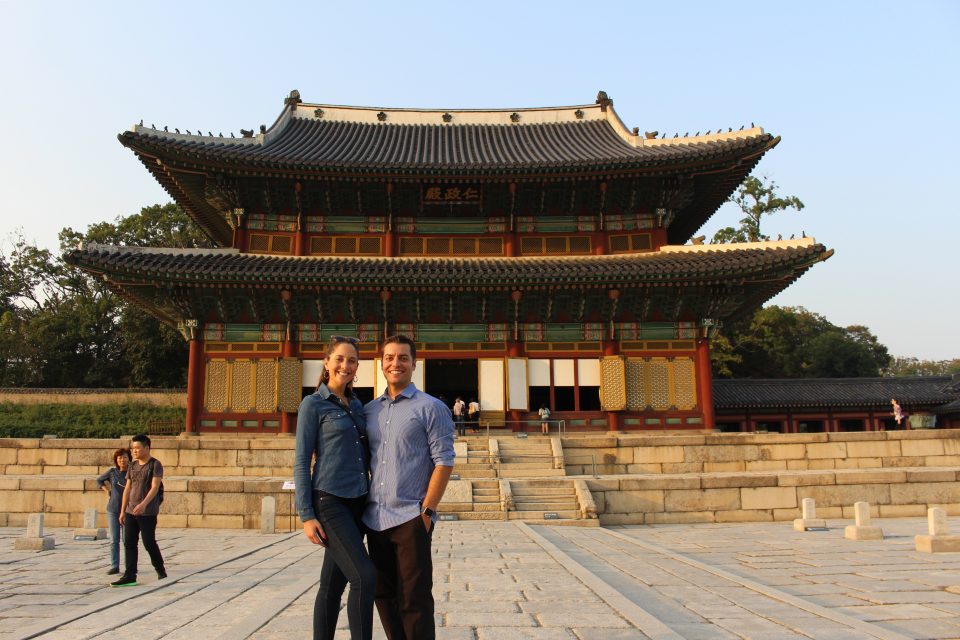 In old Bukchon Hanok village, there are hundreds of traditional Korean homes, art galleries, and establishments–like this cafe. 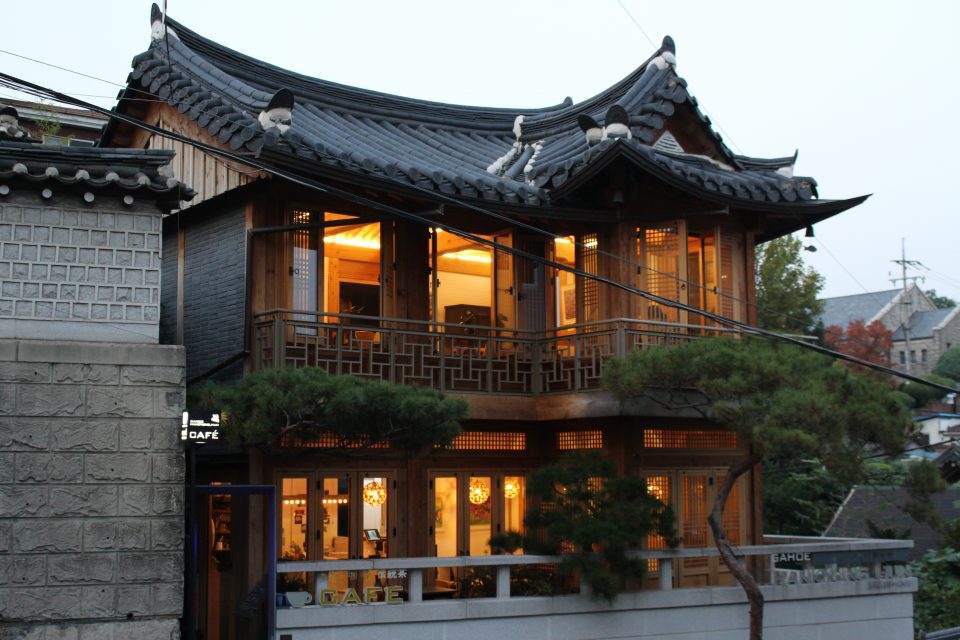 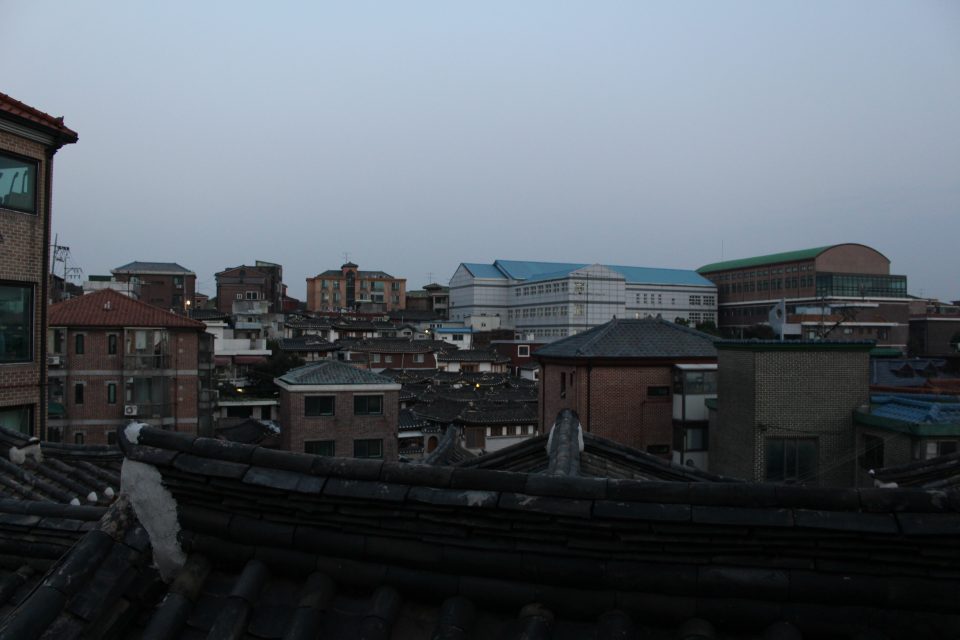 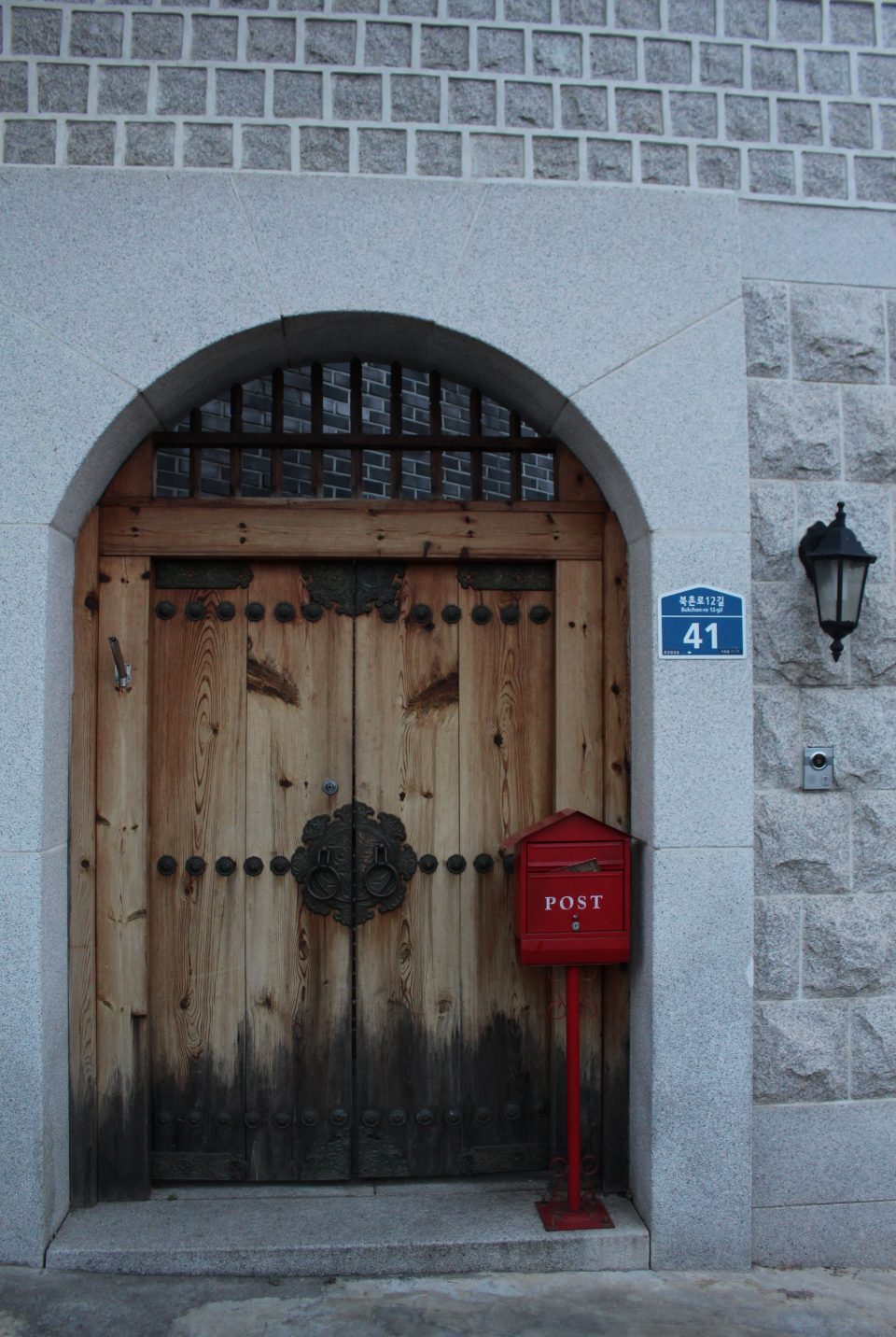 After some absolutely delicious Korean barbecue, we visited Myeongdong market. Even at 11pm, there was still a hustle-bustle in the heart of Seoul. 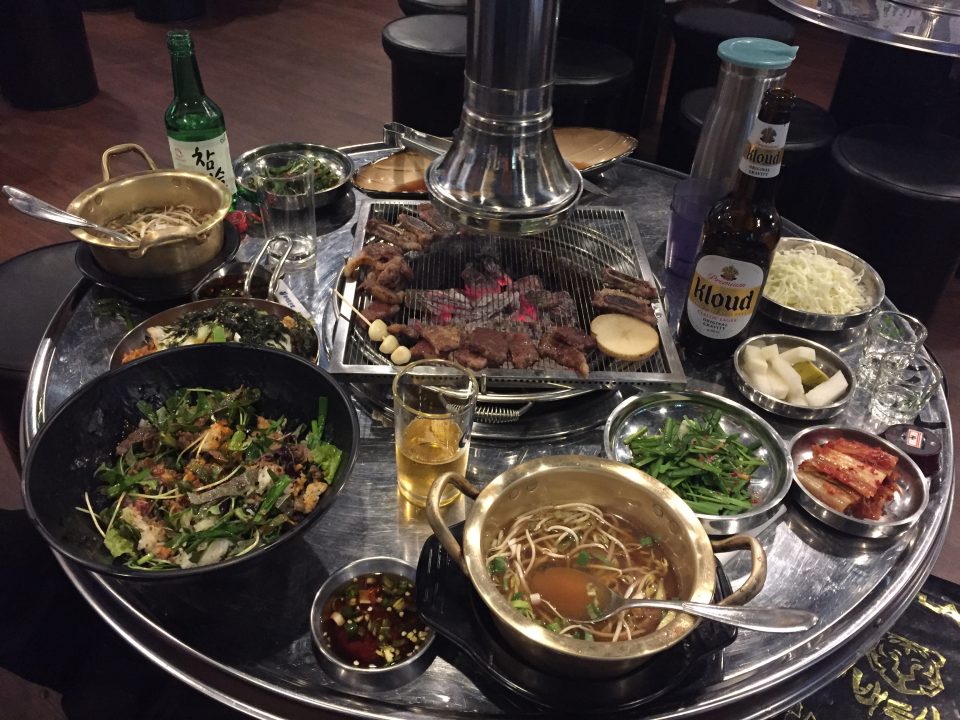 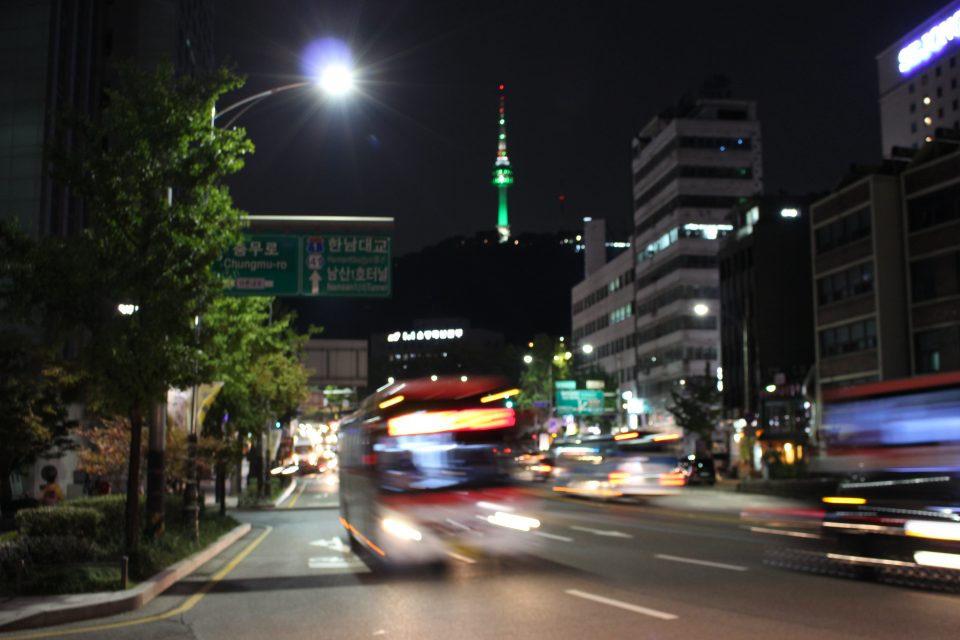 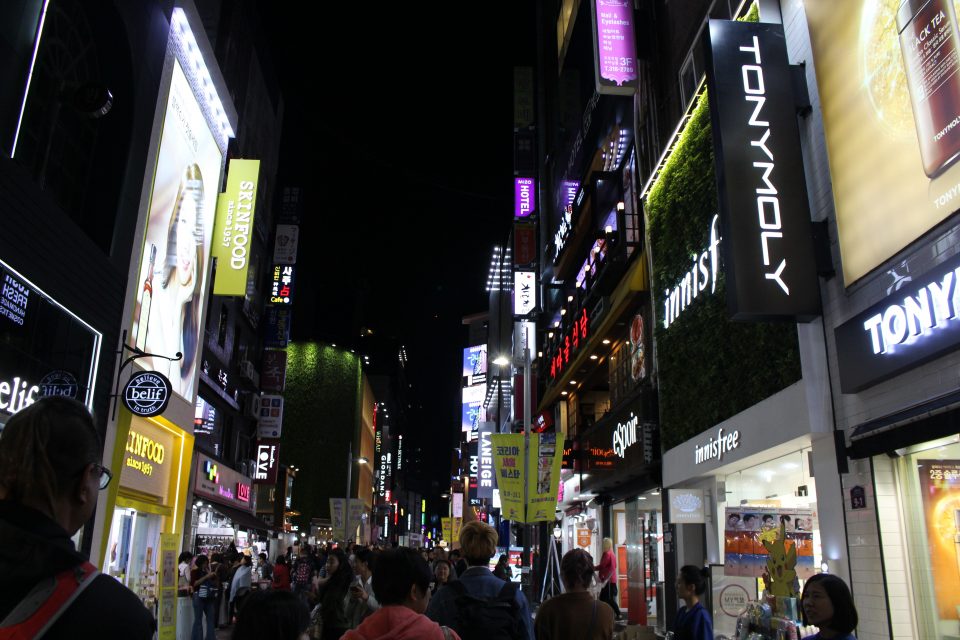 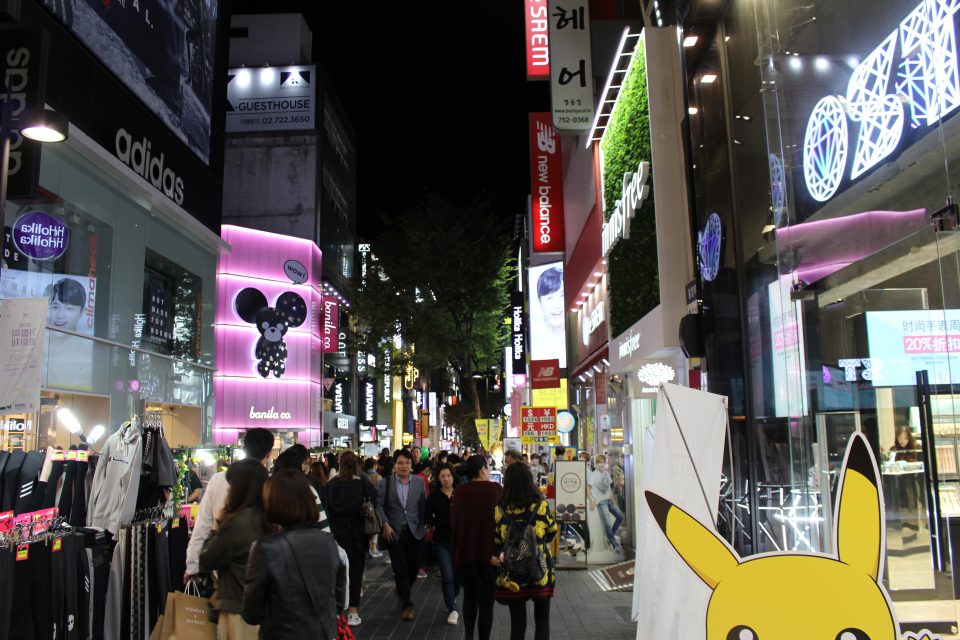 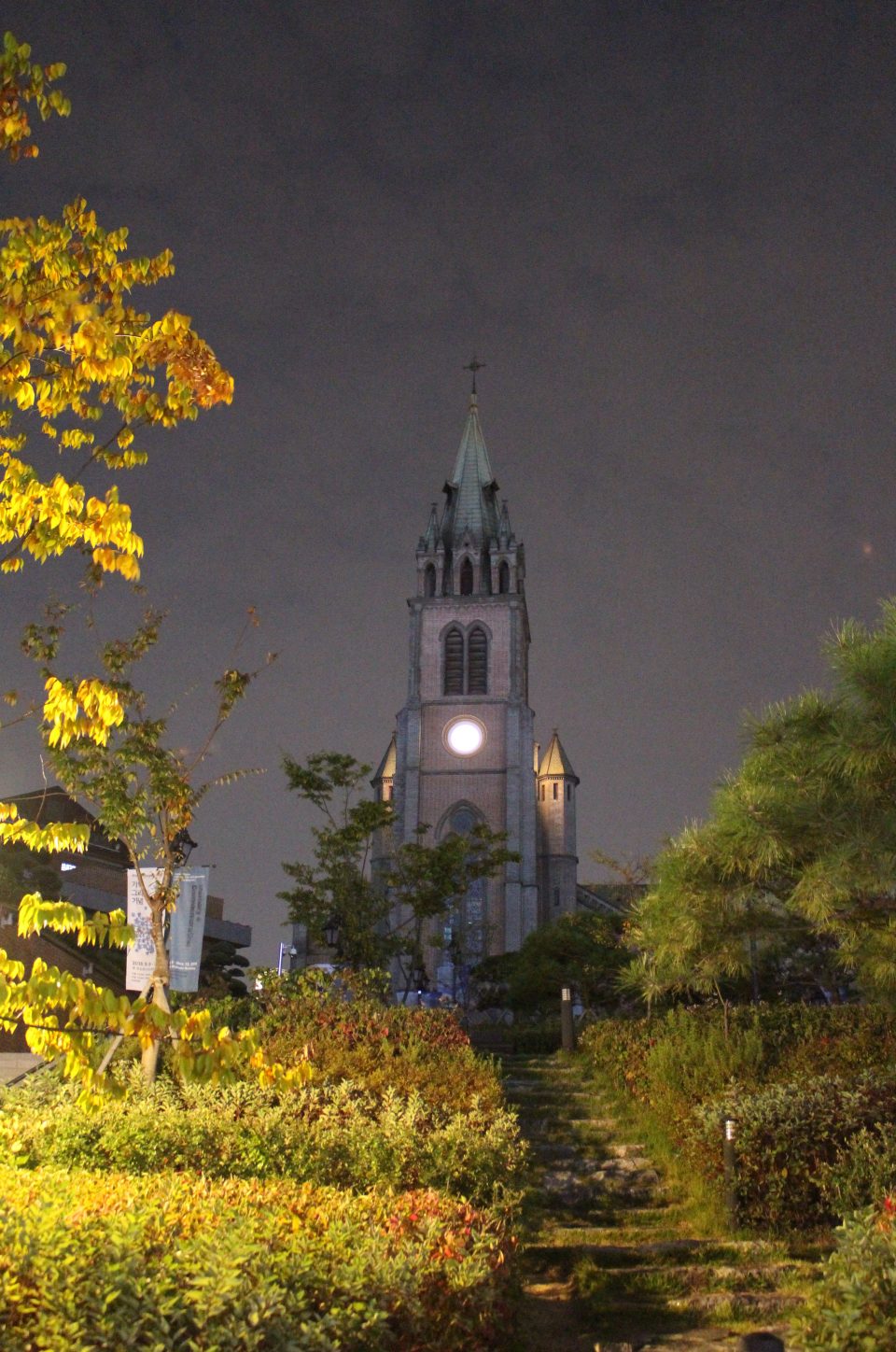