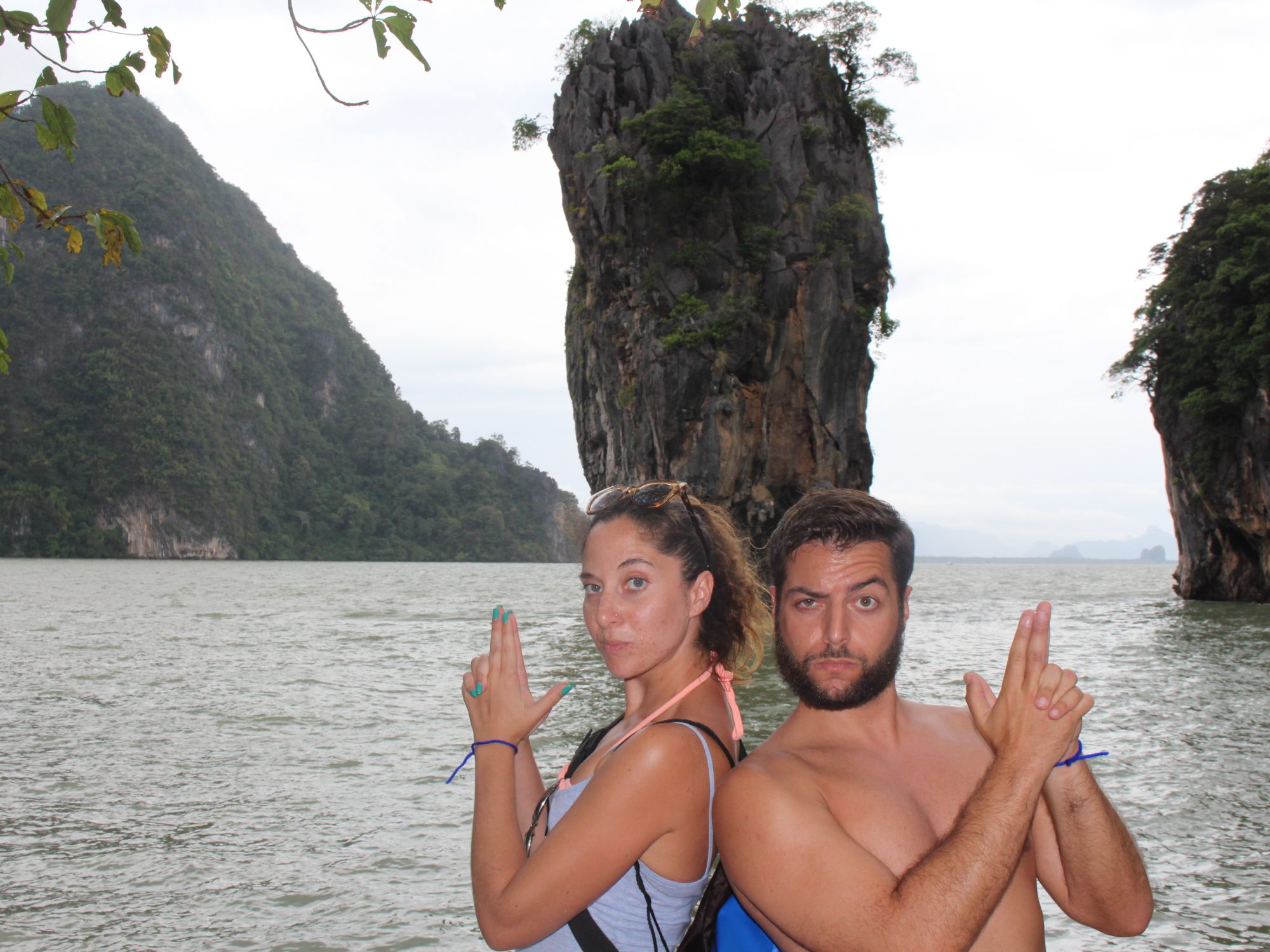 Today, we took a boat tour of Phang Nga Bay and its islands (just an hour north of Phuket). 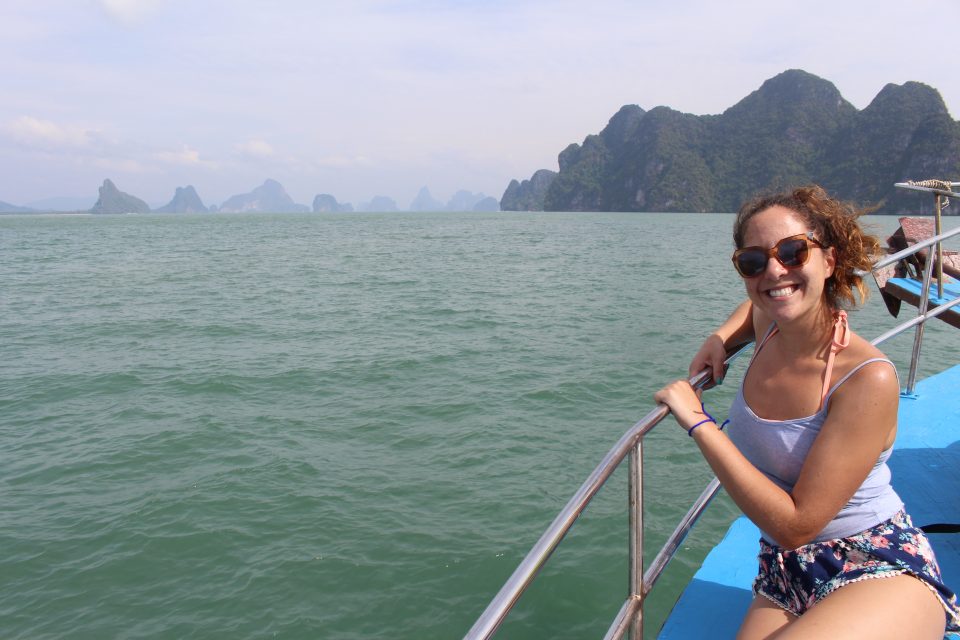 On Panak Island, we were able to check out a bat cave with creepy limestone features. 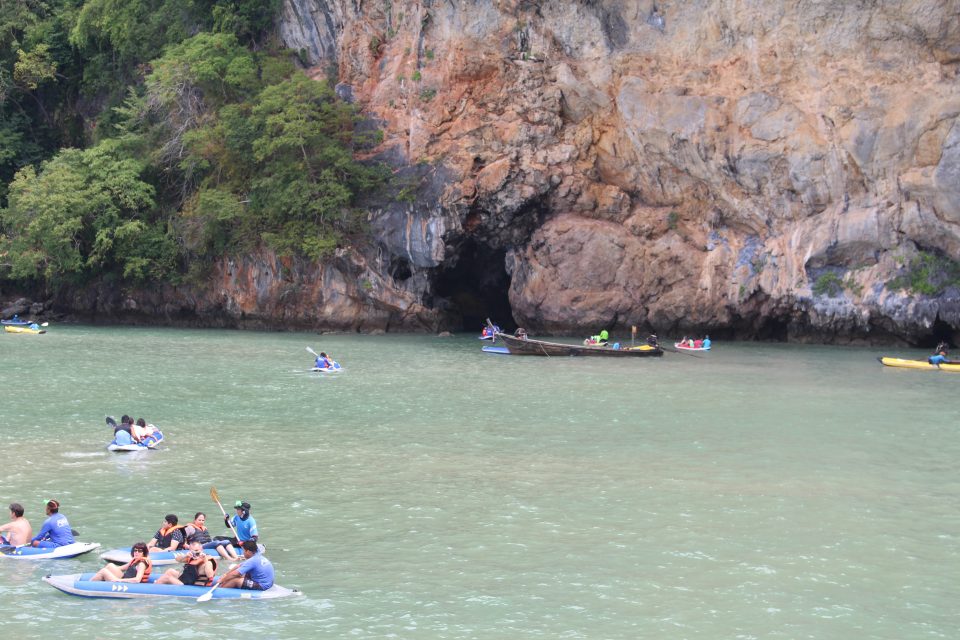 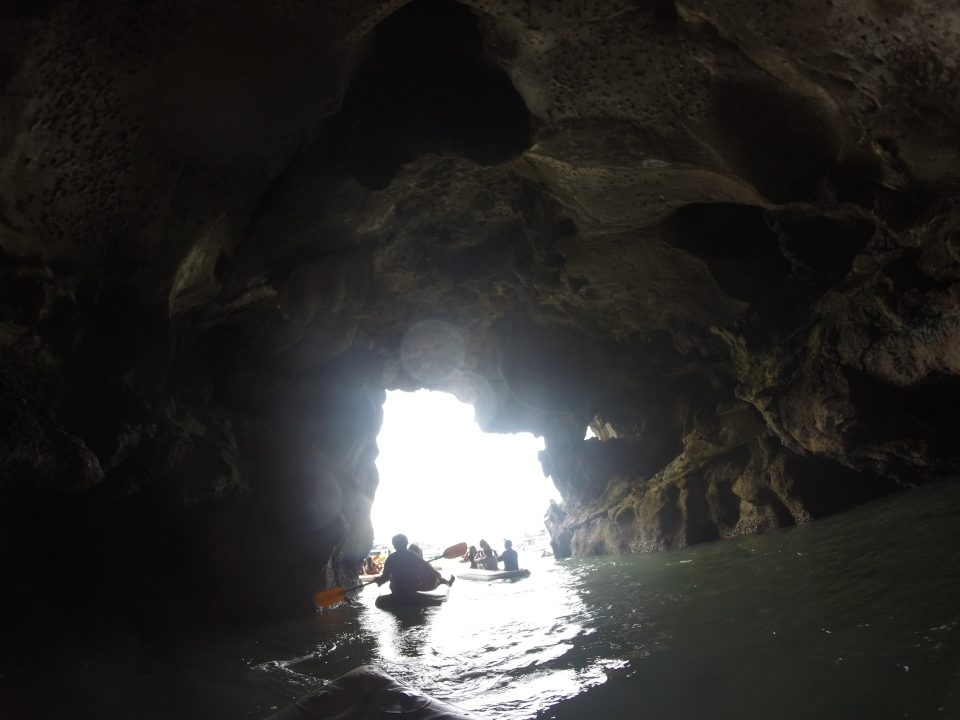 Other isles like Hong Island included a central opening “courtyard”. 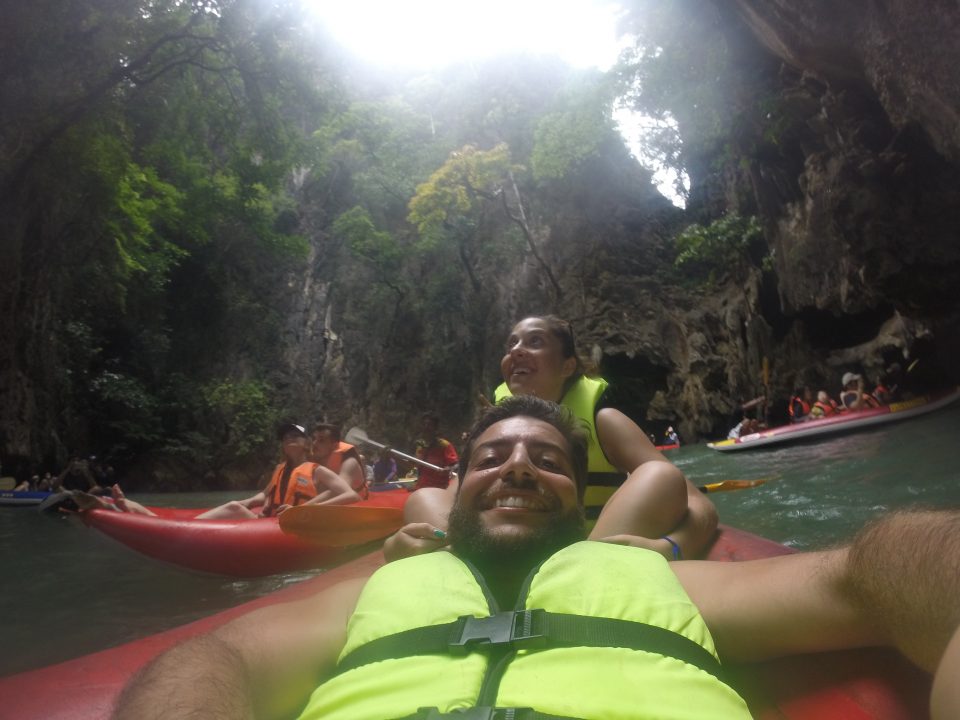 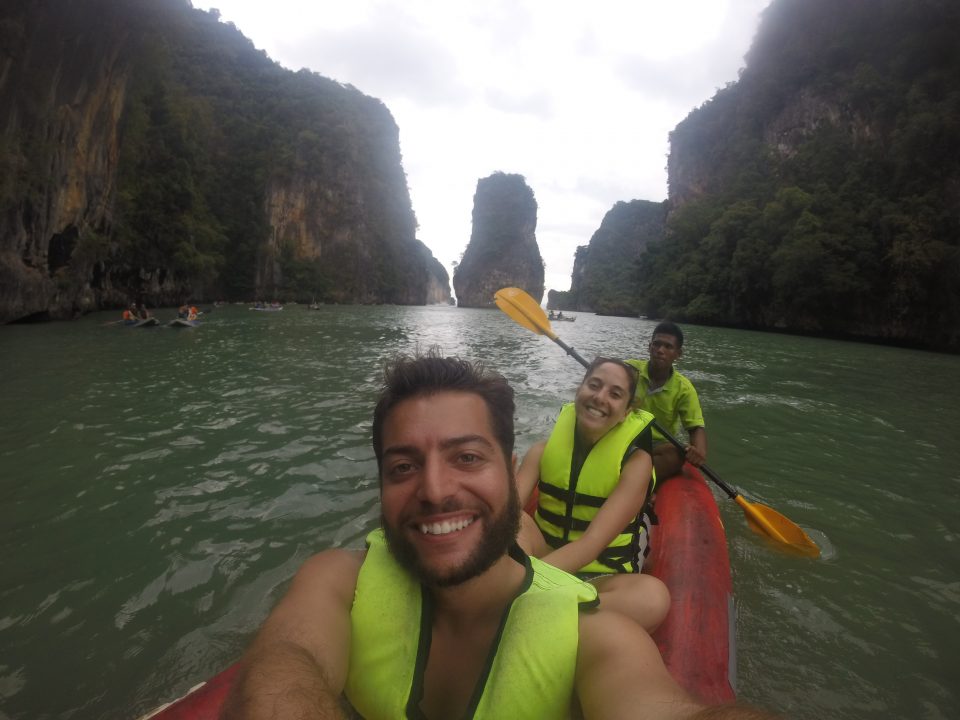 But eventually we found her: James Bond Island, which was featured in the movie “The Man with the Golden Gun”. 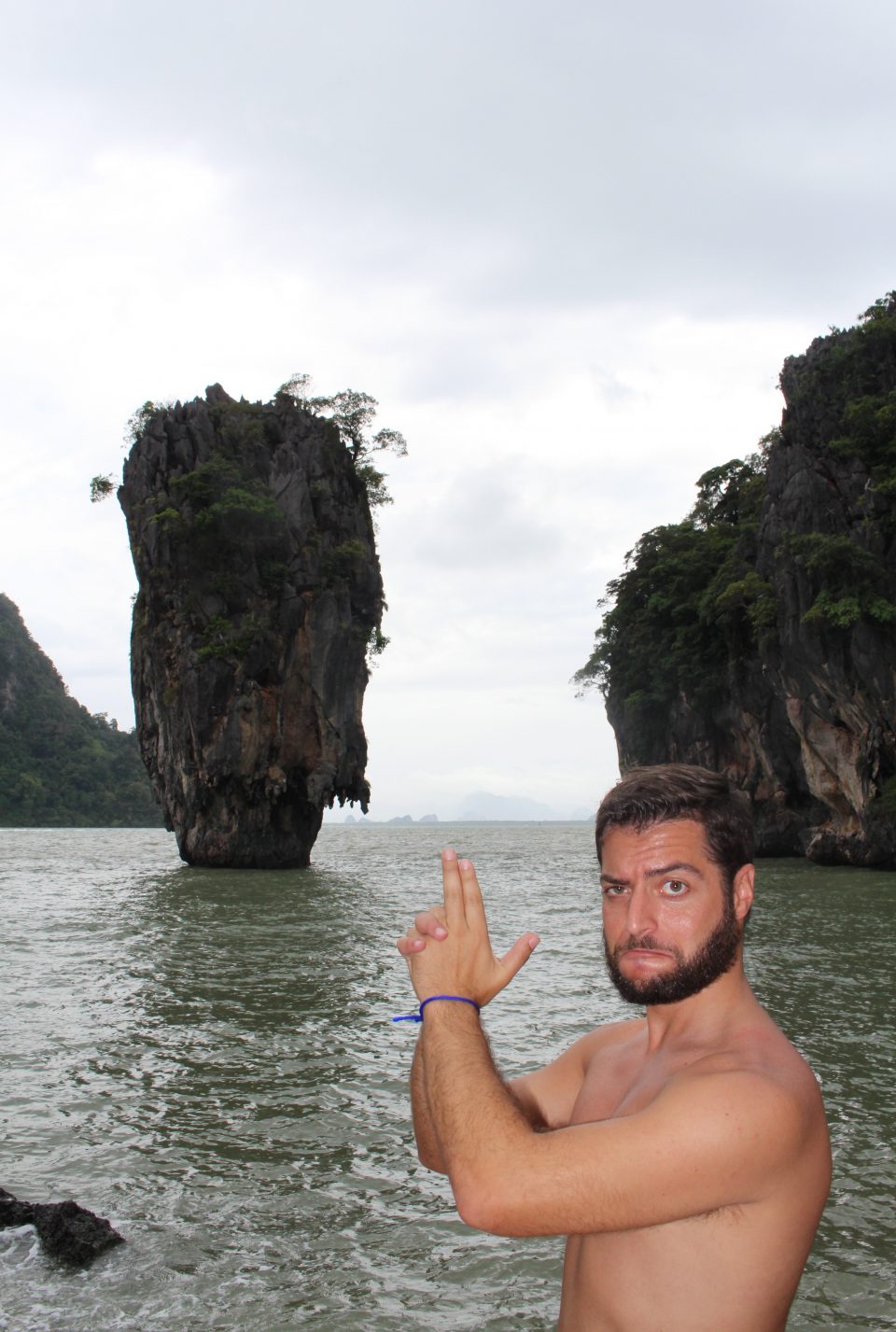 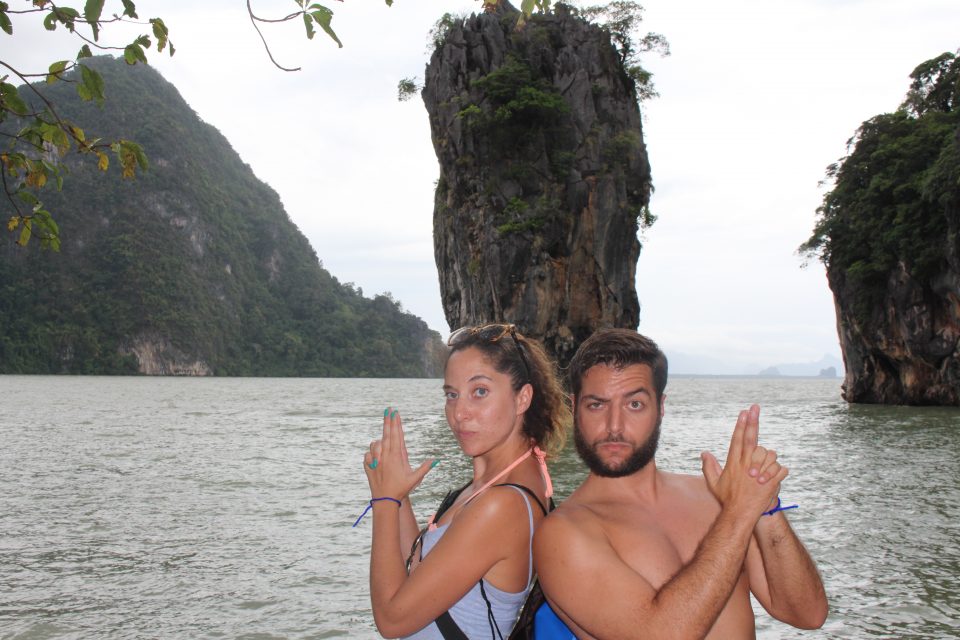 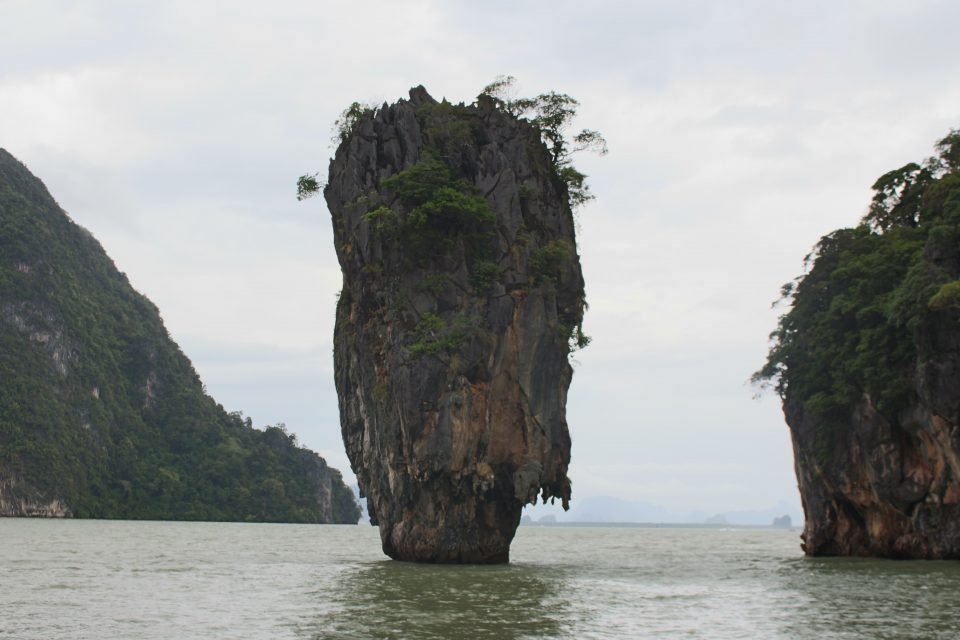 The search for James Bond Island was complete. Next: finding the Secret of Monkey Island. (Hint: the secret is to give them bananas). 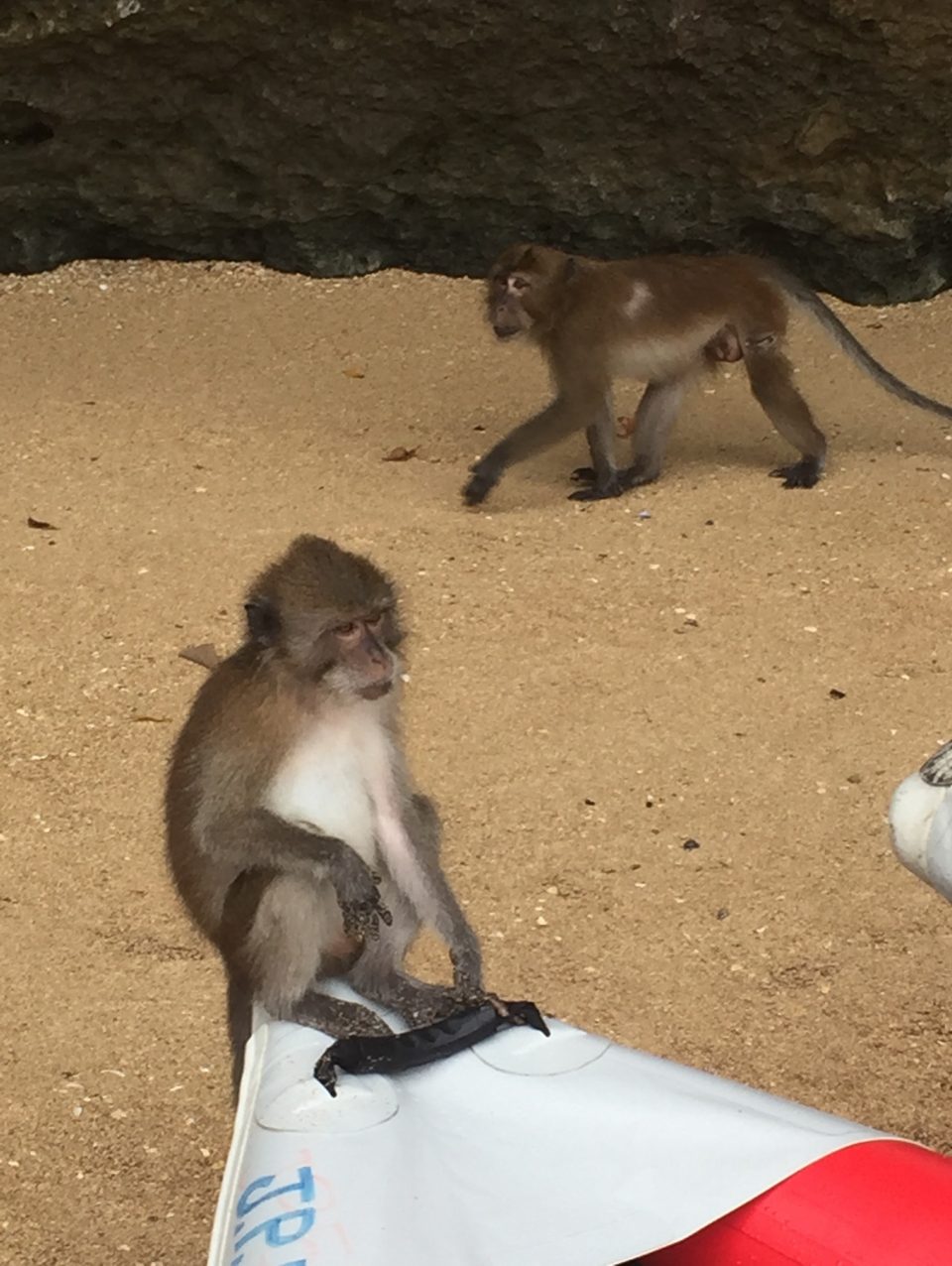