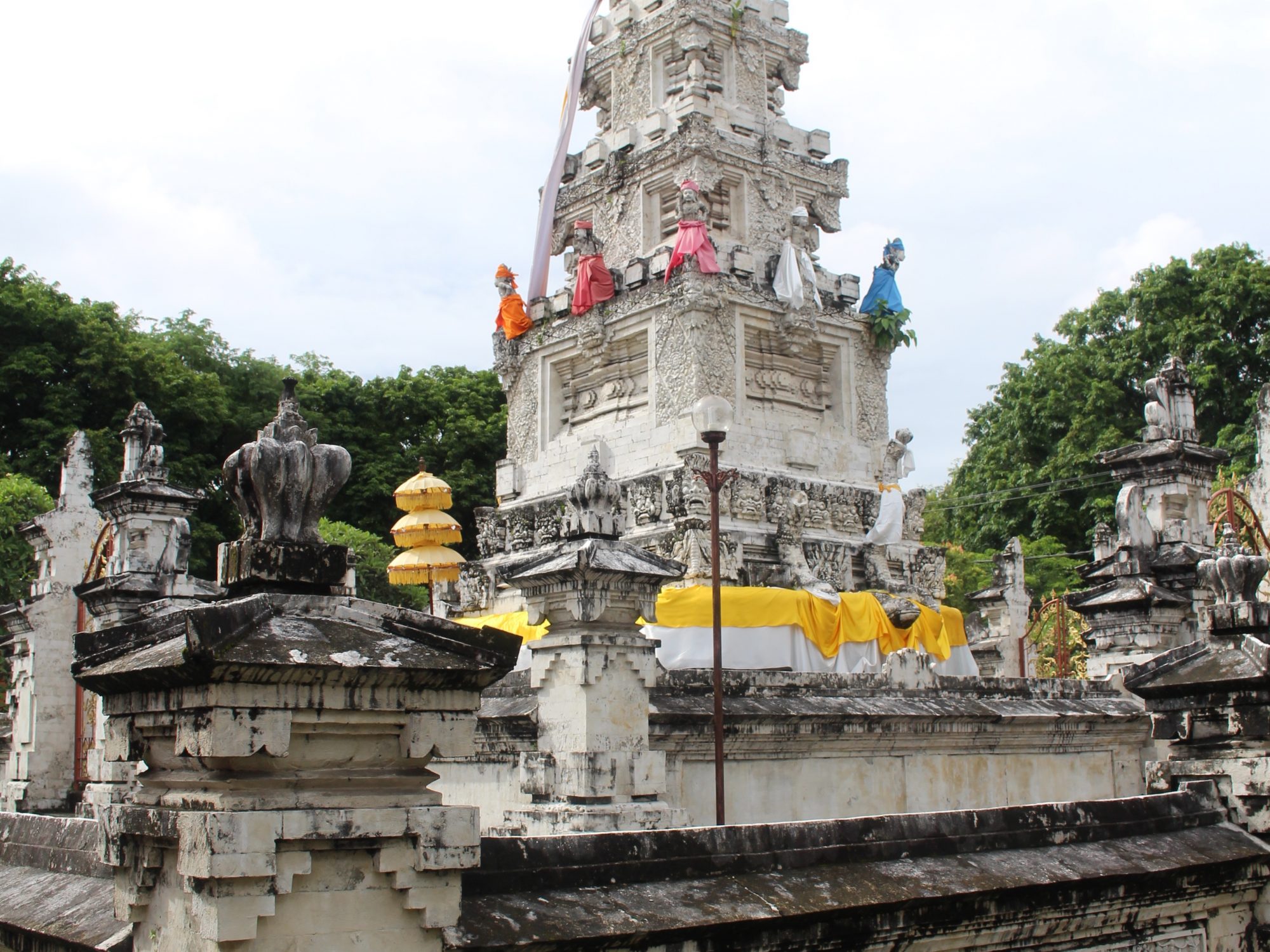 We arrived in Denpasar, the capital of Bali, via taxi from Ubud. First, we checked out the hotel suite. $39 USD gets you this! 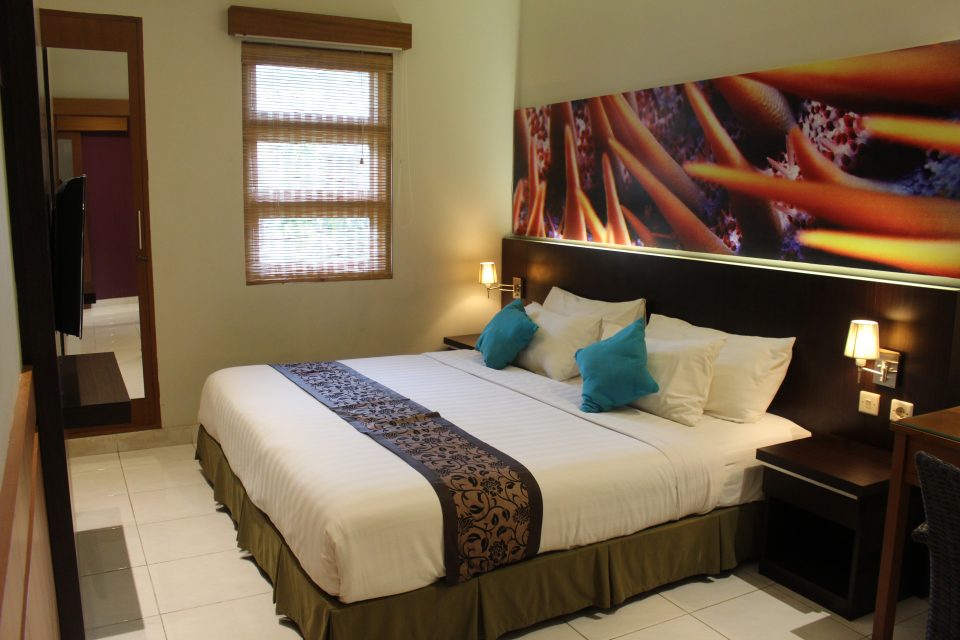 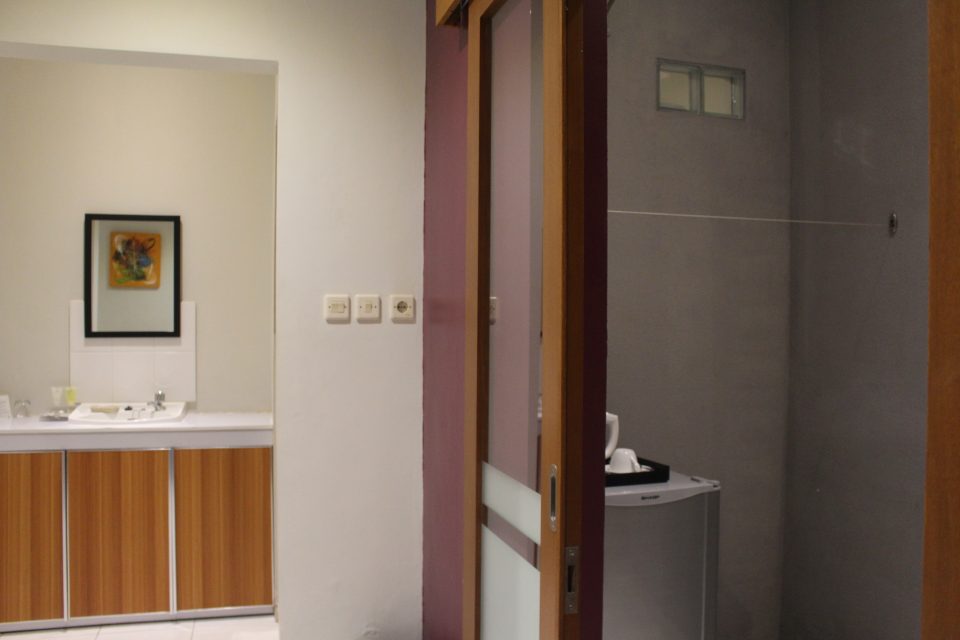 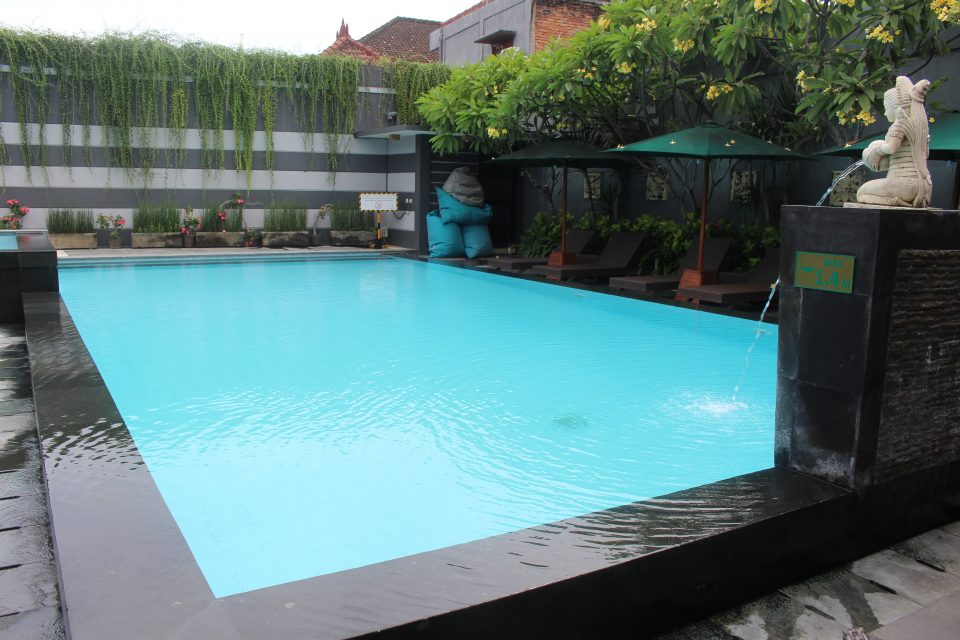 Denpasar has both Balinesian and Hindu influences in its arts and culture.

One great example is Denpasar’s iconic Hindu temple Pura Jagatnatha. While it is technically a Hindu temple, it has a distinctly Balinese flare. 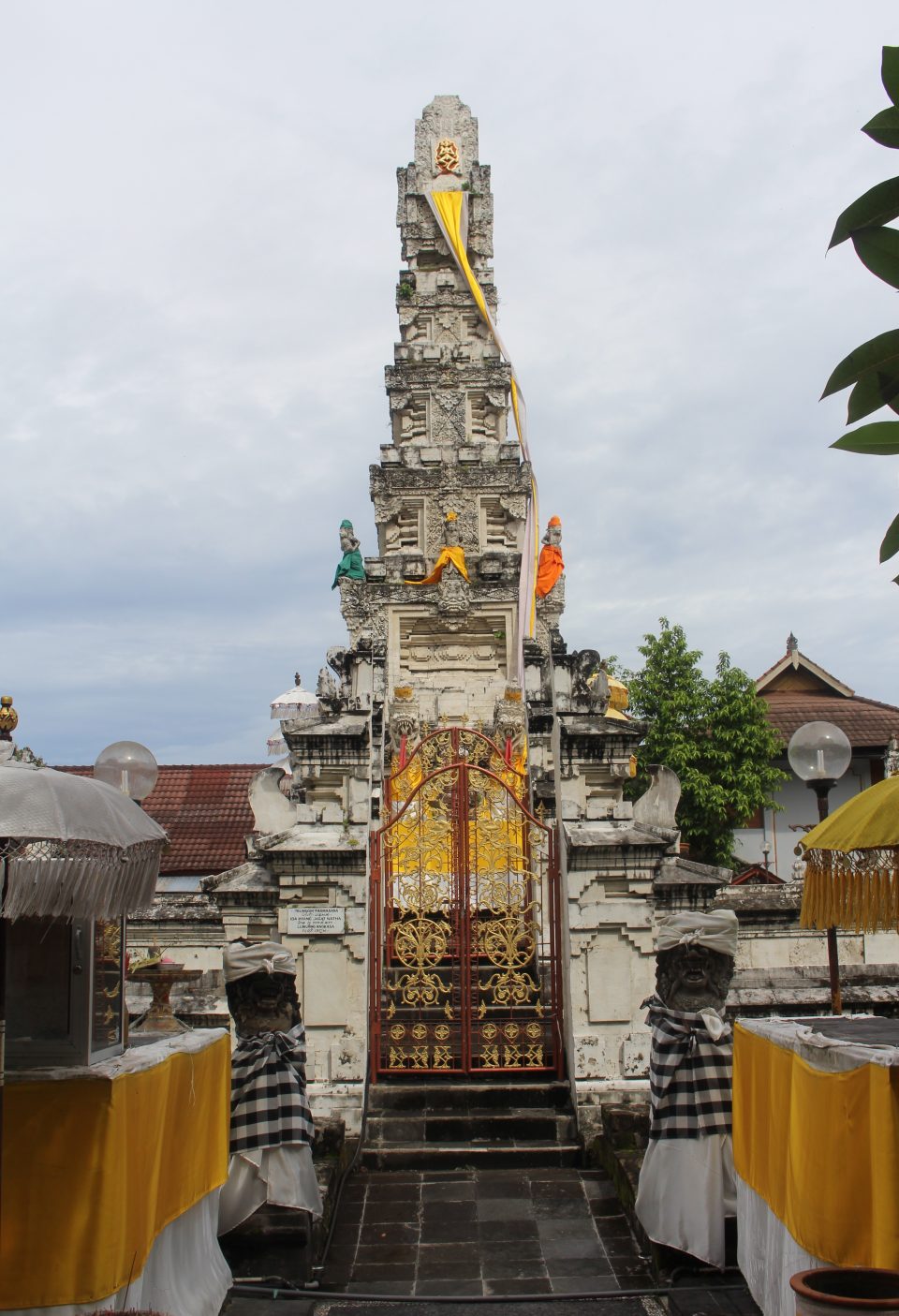 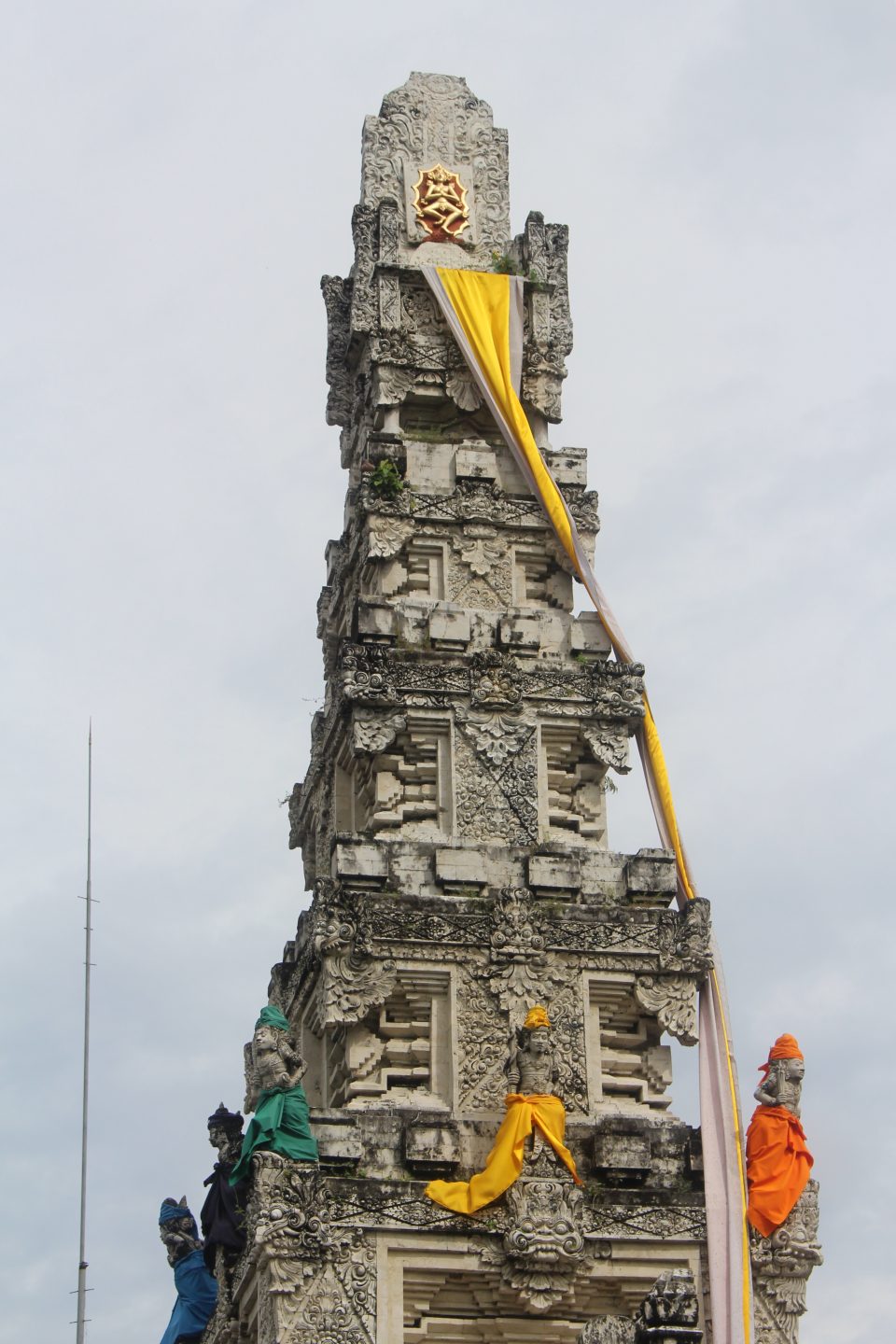 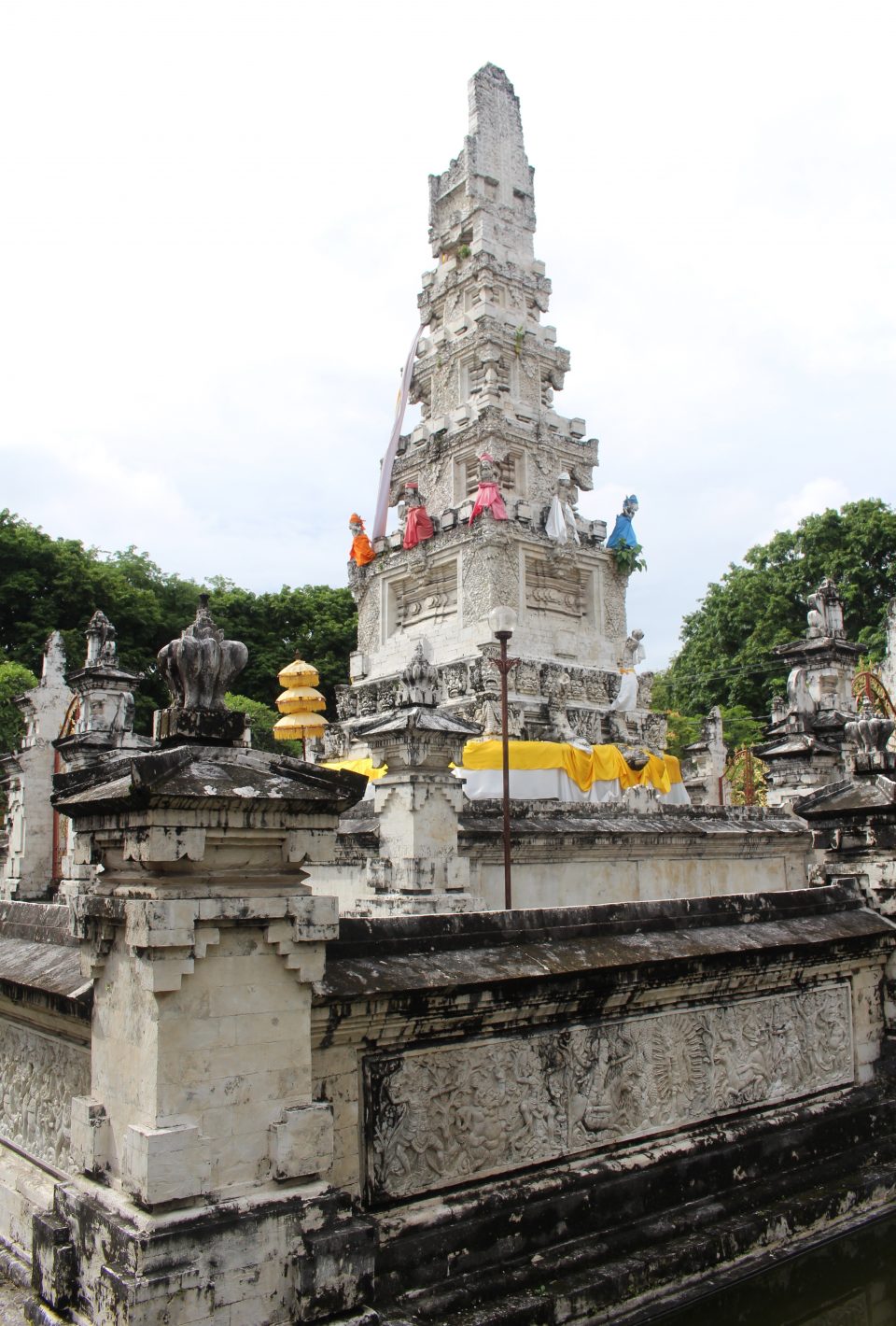 Even the instruments nearby are traditional Balinese. 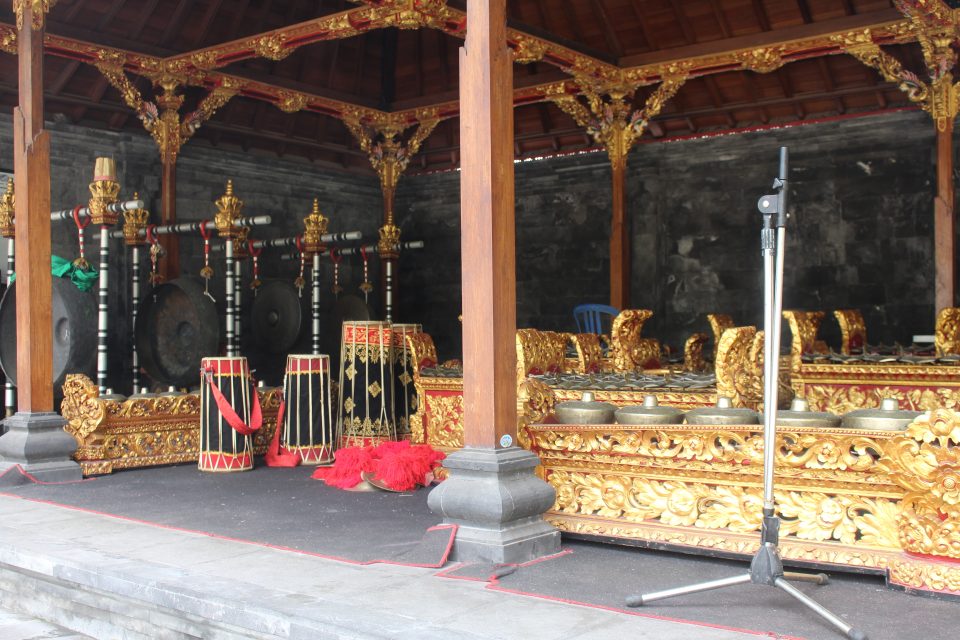 On our way to another landmark, we passed by an enormous city park where hundreds of people were exercising. 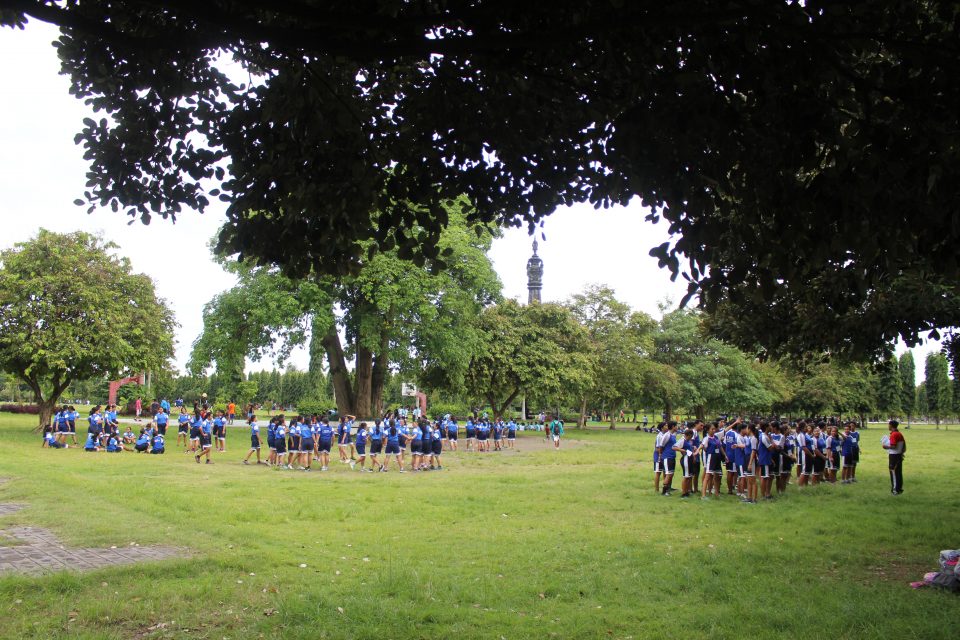 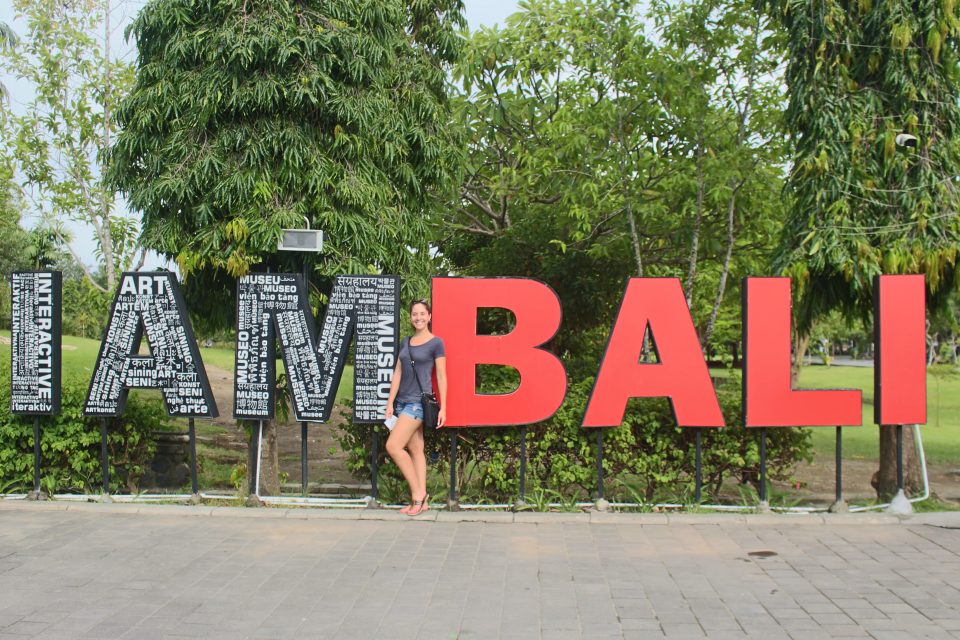 We soon arrived at the Bajra Sandhi Monument. 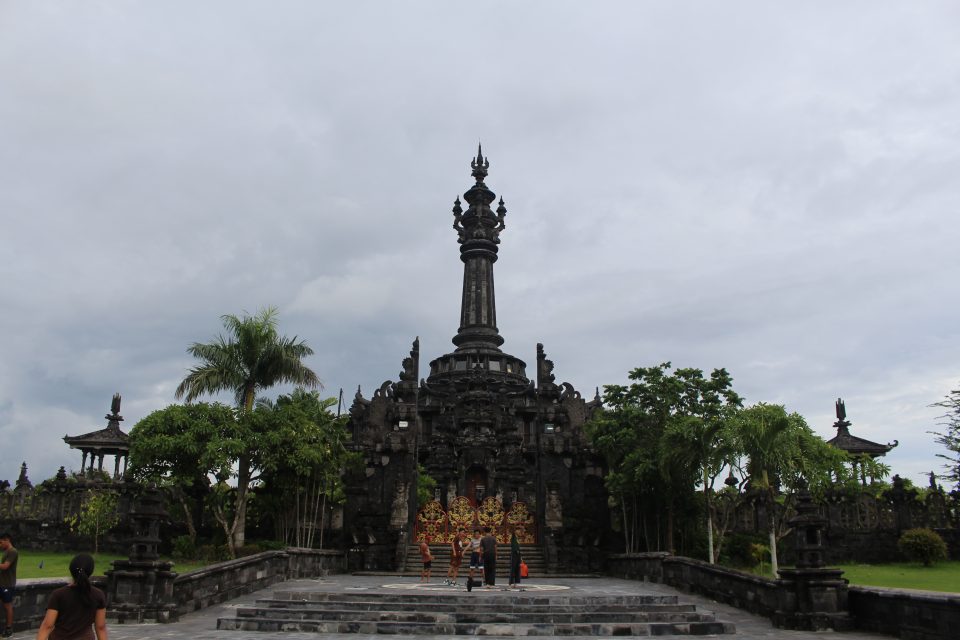 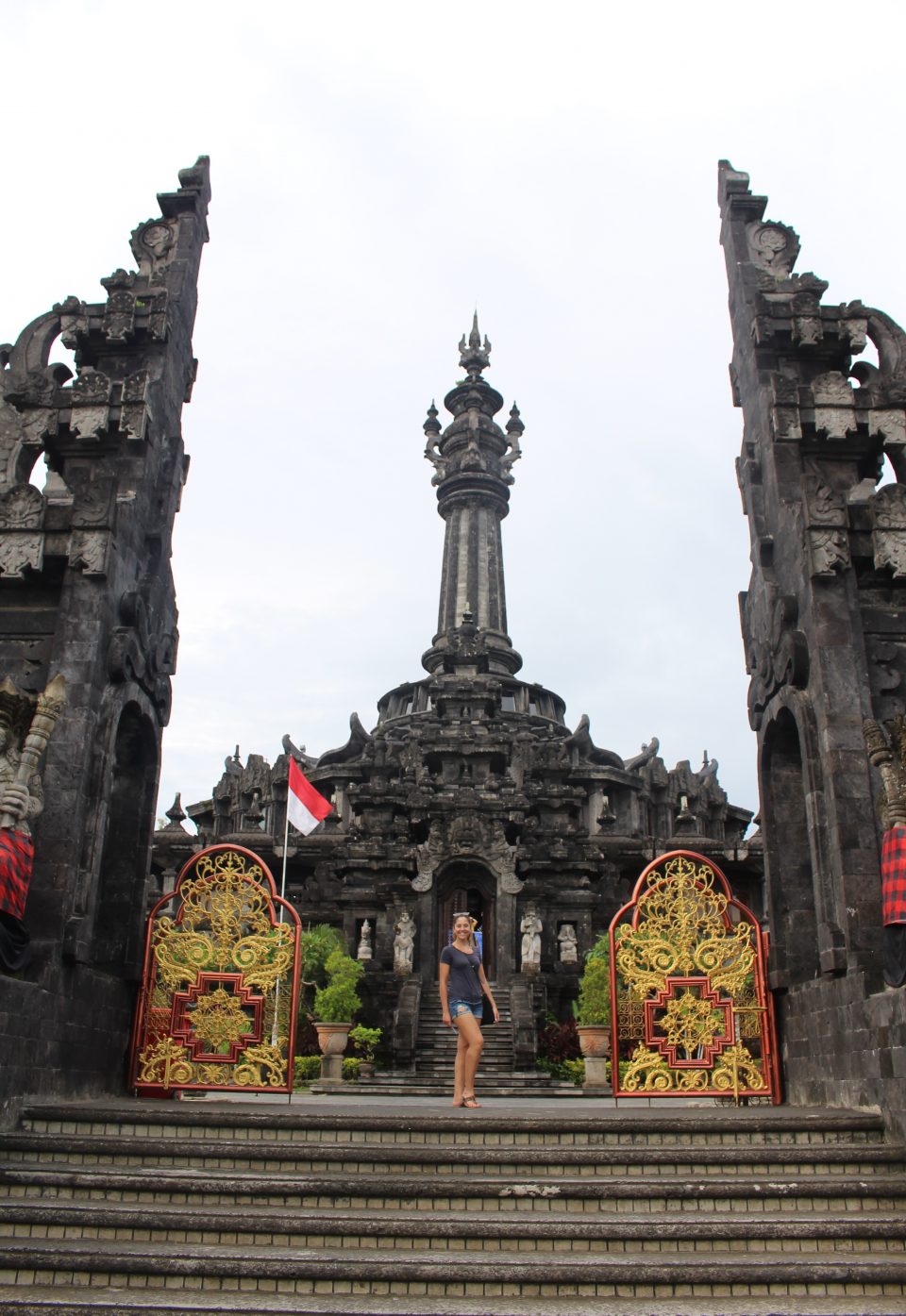 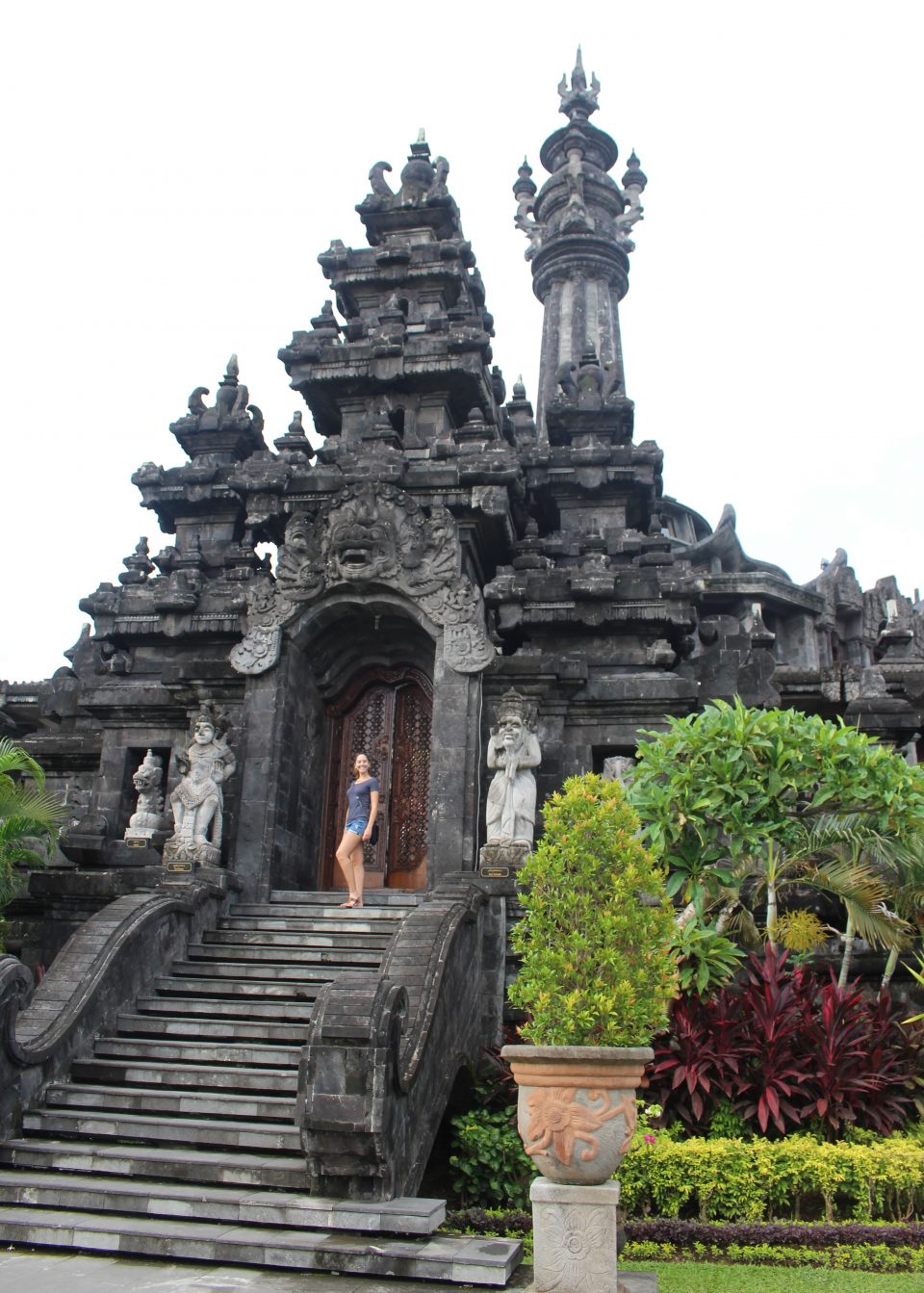 It’s located in front of the Bali Governor’s office and was built as a monument to the struggle of the Balinese people. You can get great views of the area from atop the spire! 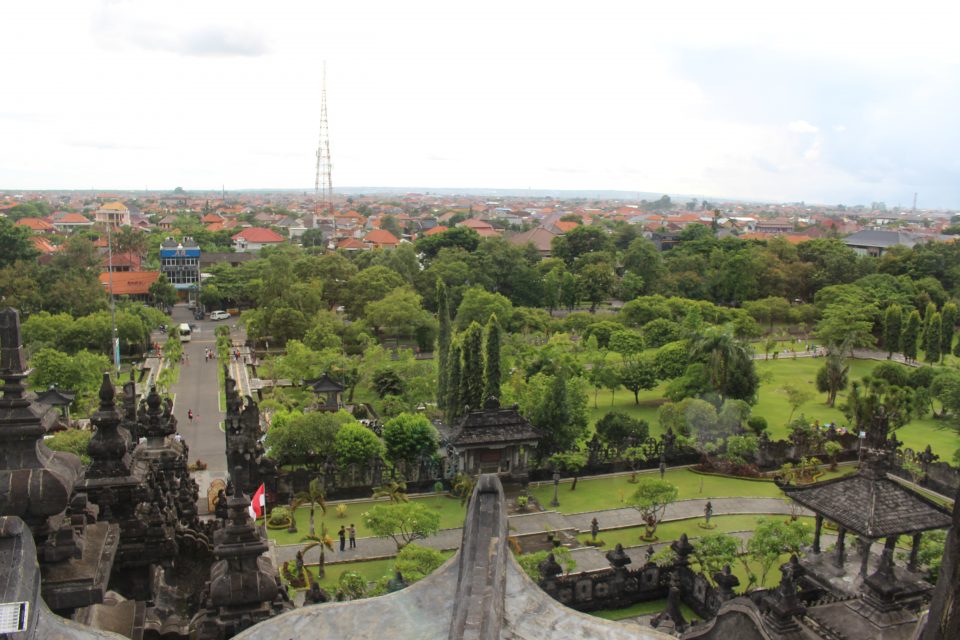 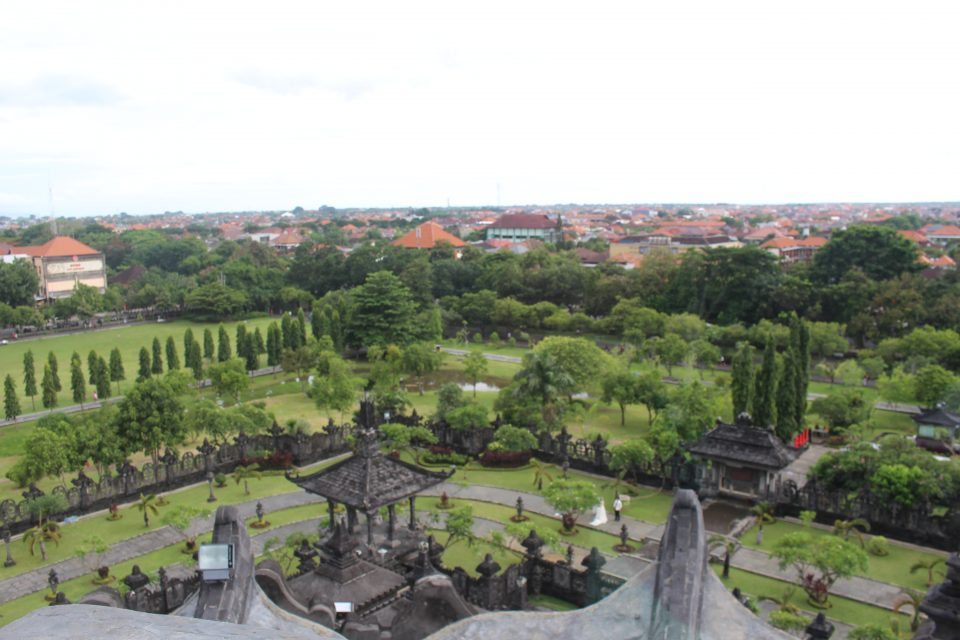 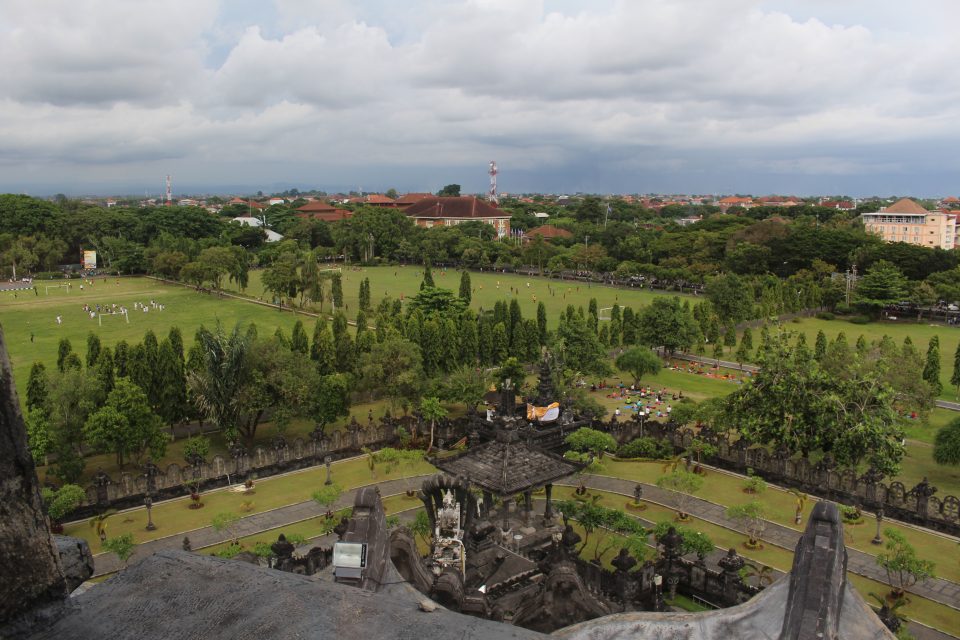 If you look closely, you can spot people playing soccer and doing yoga. 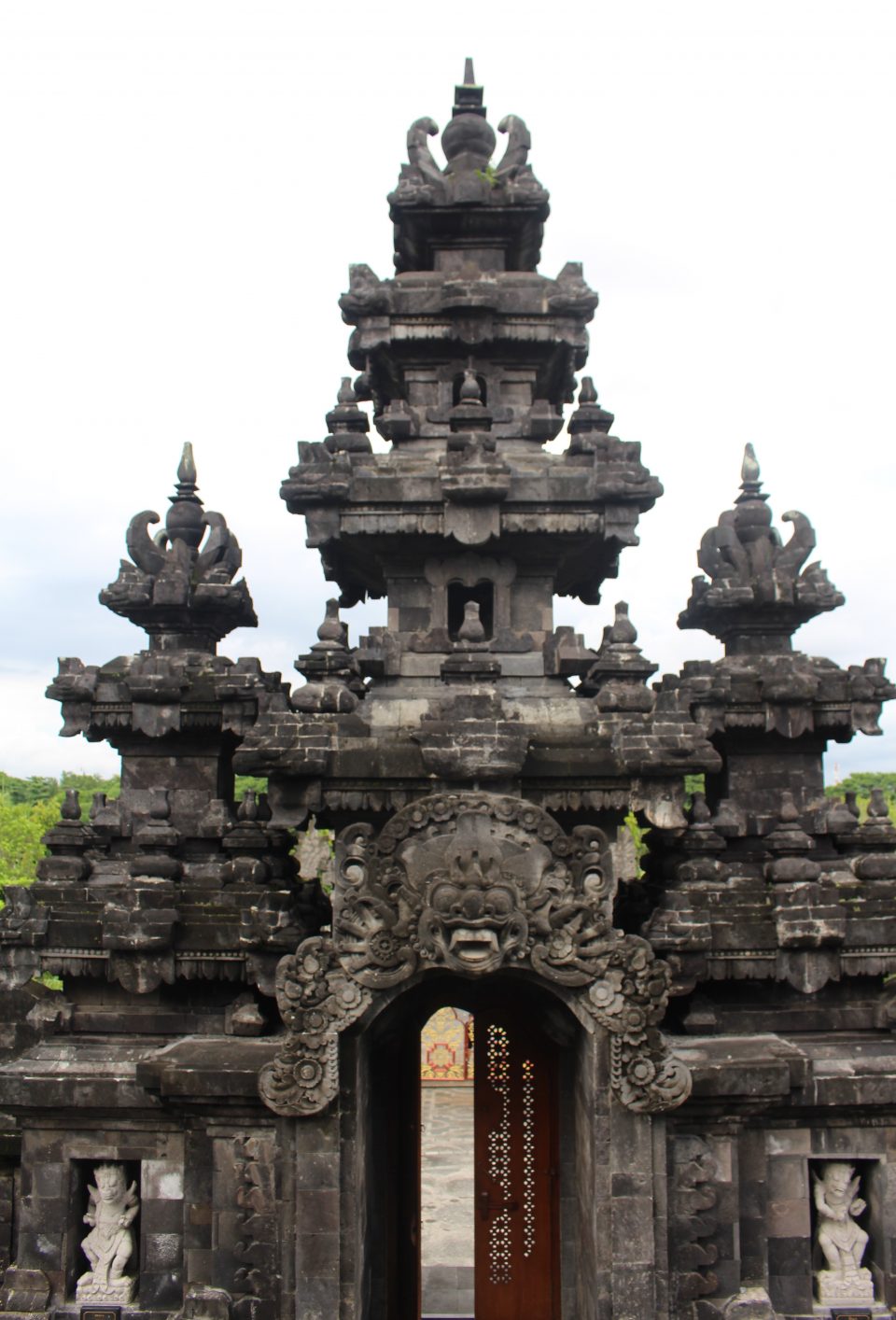