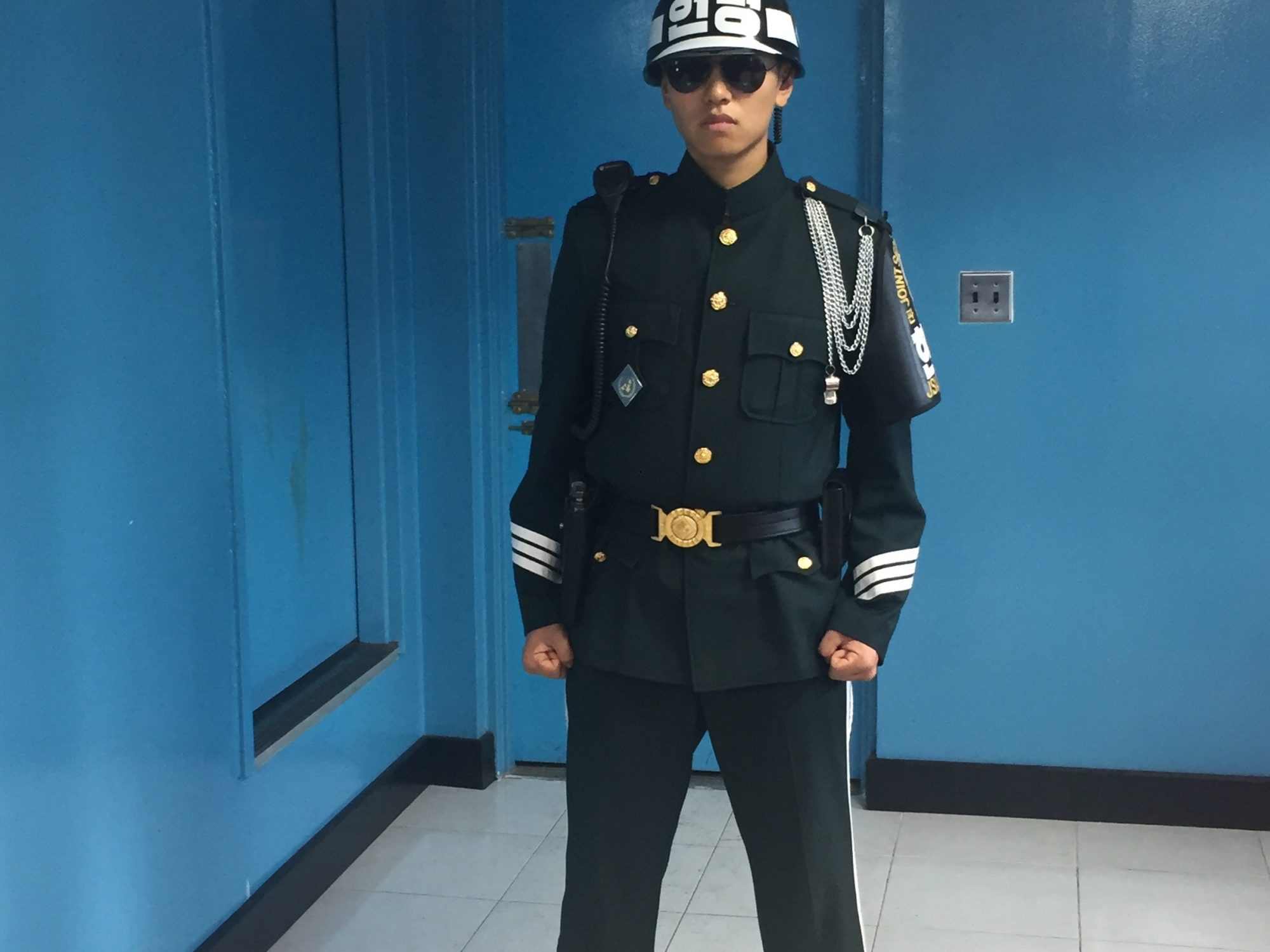 Where was Harold on his birthday? In North Korea.

It all starts by taking a bus to the border of North and South Korea, aka the DMZ (demilitarized zone). The weather was pretty ominous on the way there 😬. 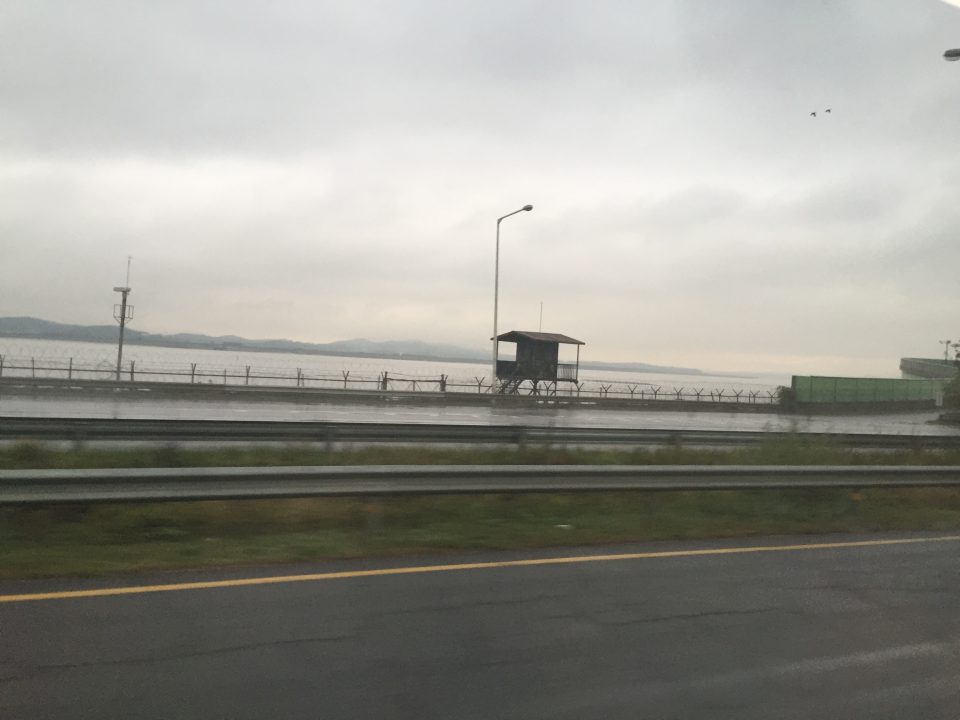 Not sure the cutesy sign conveys the surreal feeling of the rest of the DMZ. 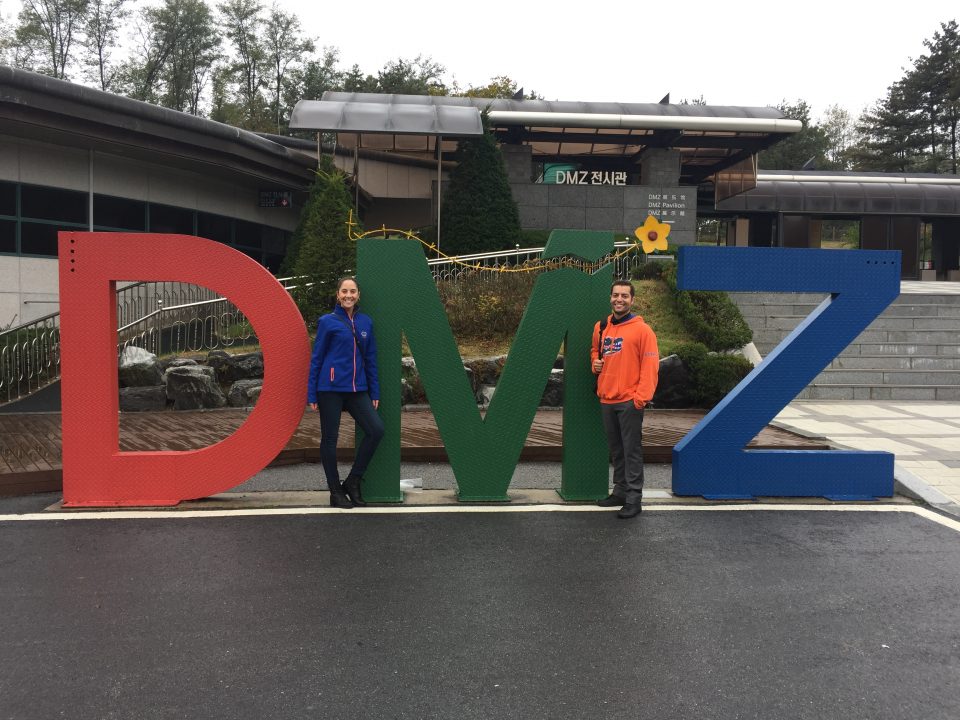 Our tour guide, former South Korean army serviceman, explains how North Korea dug multiple tunnels under the DMZ trying to reach Seoul. North Korea denies having made all these tunnels, but we were able to crawl through the tiny tunnels for a long time. 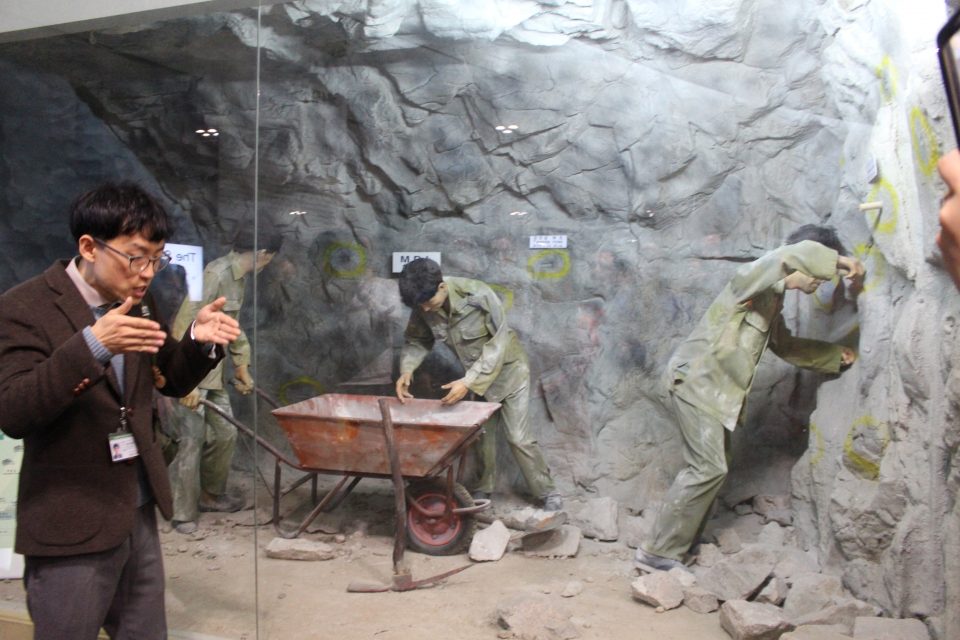 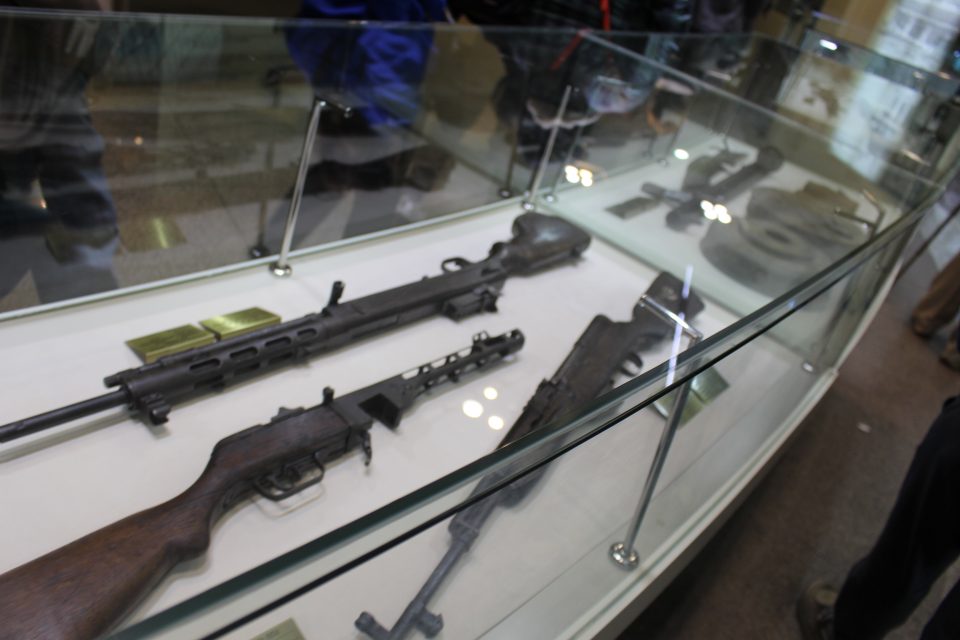 You can also take a look at North Korea from the Dora Observatory. Here’s a shot from the viewfinder: a giant, North Korean flag literally made of steel. 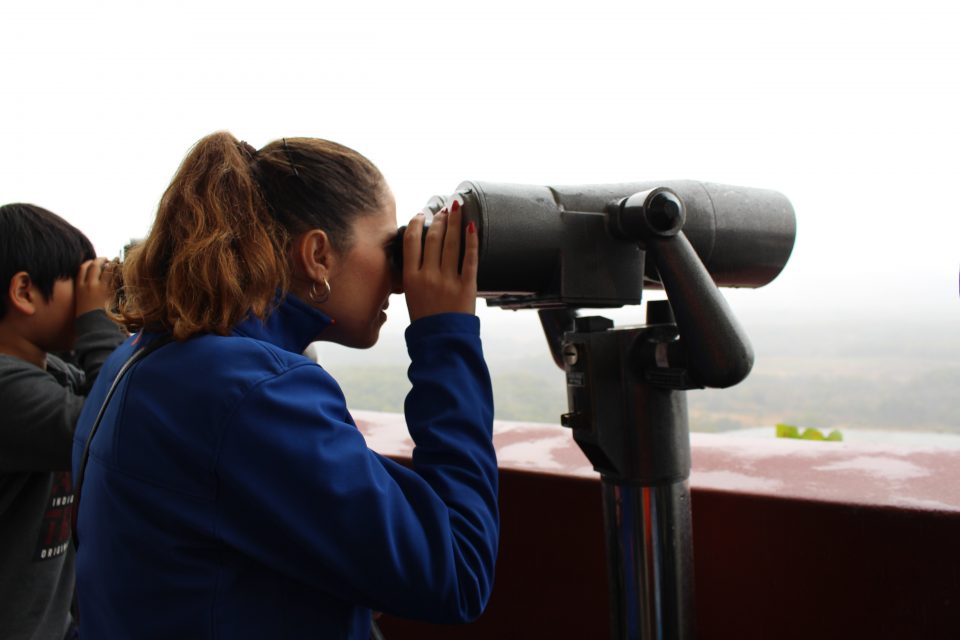 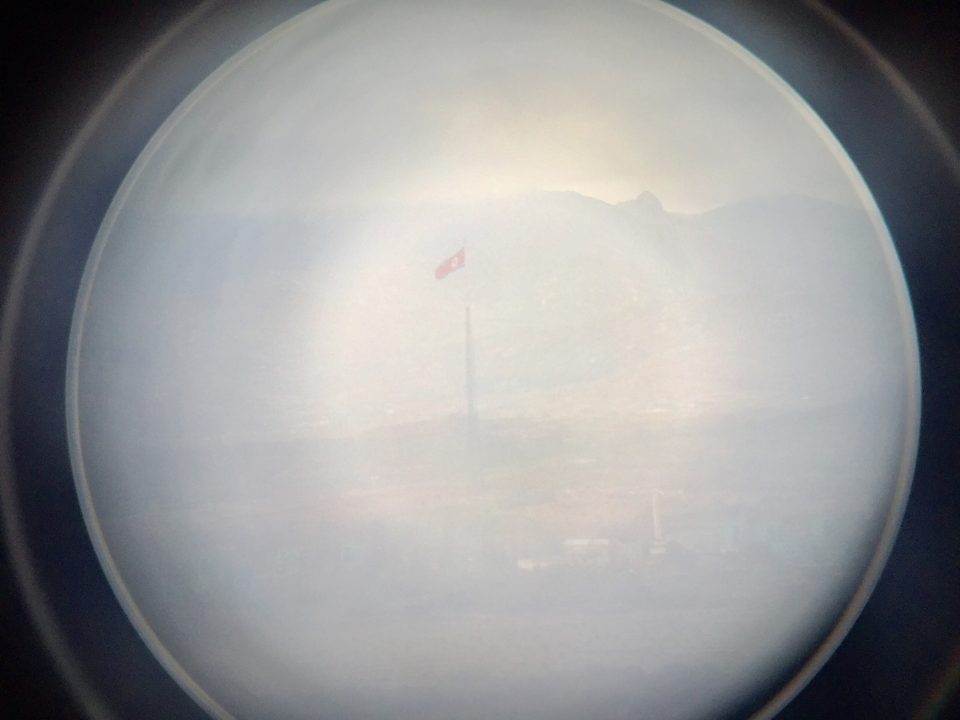 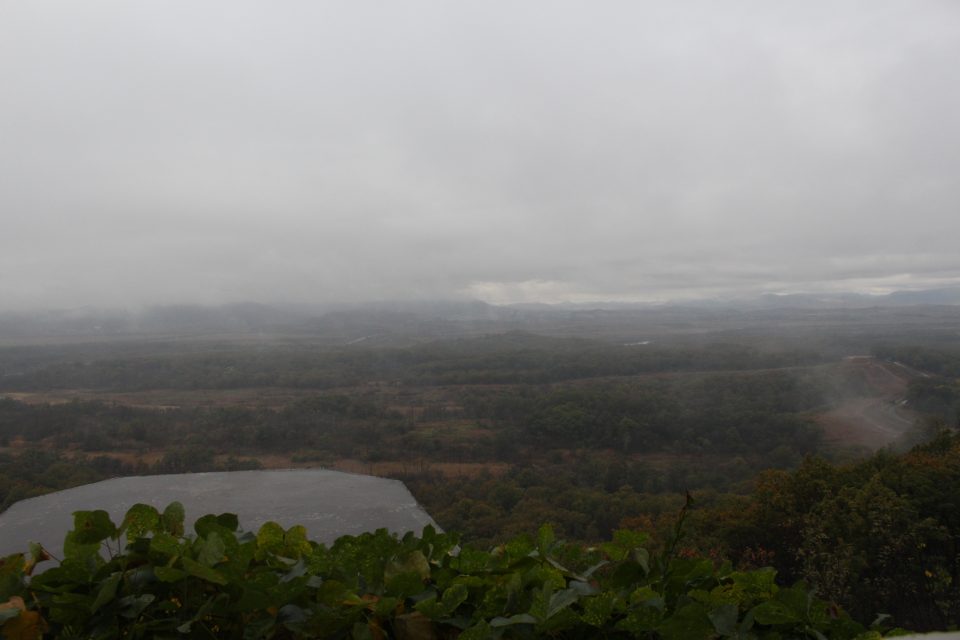 Here we are at the last stop of a train station in South Korea, which has tracks towards Pyeongyang in hopes that Korea might one day be reunified. 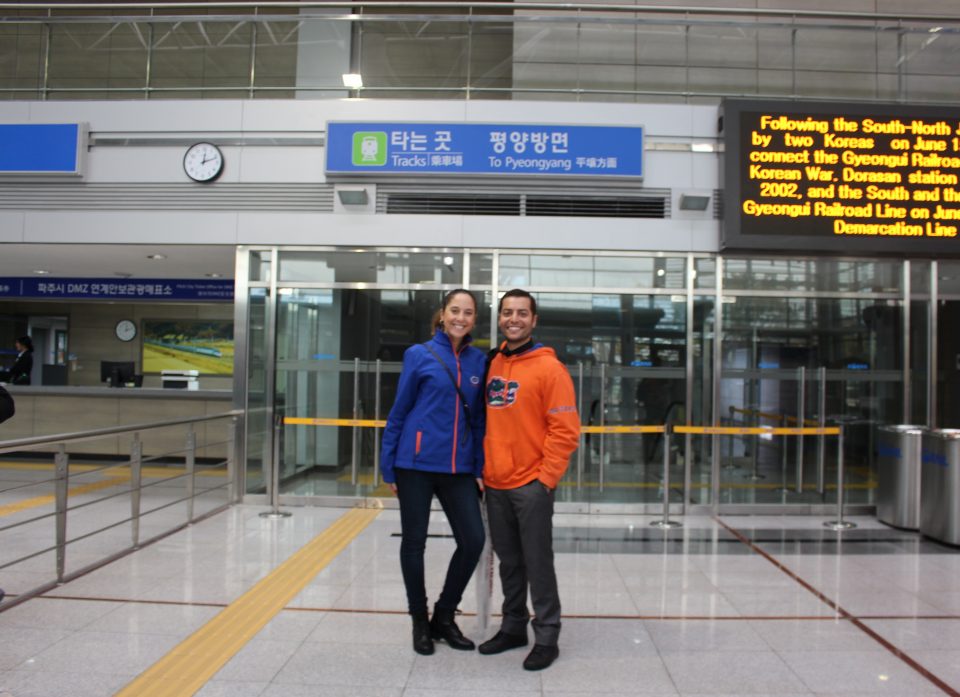 With the weather clearing up, we were able to get nice views of the DMZ. 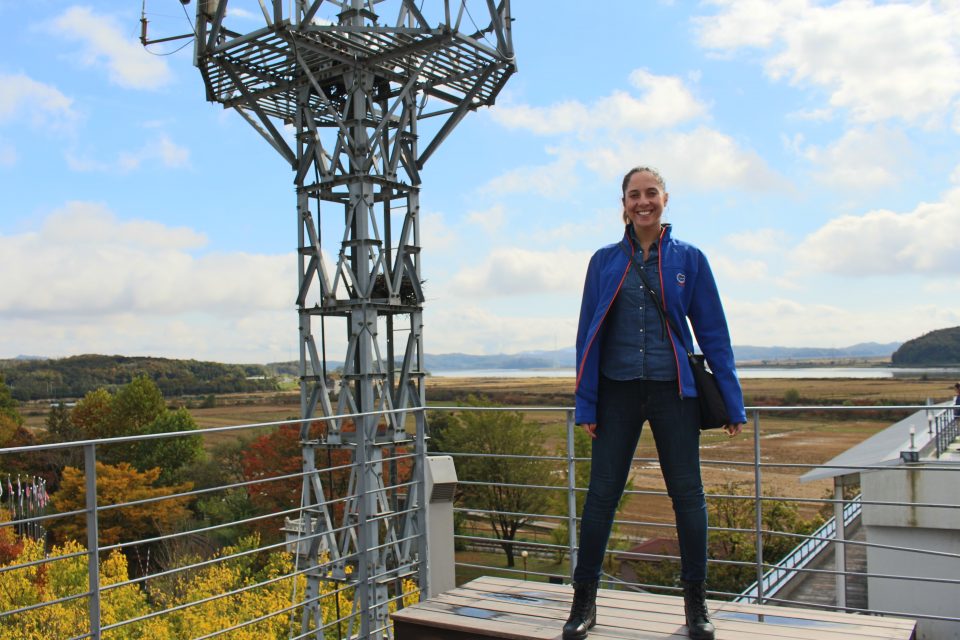 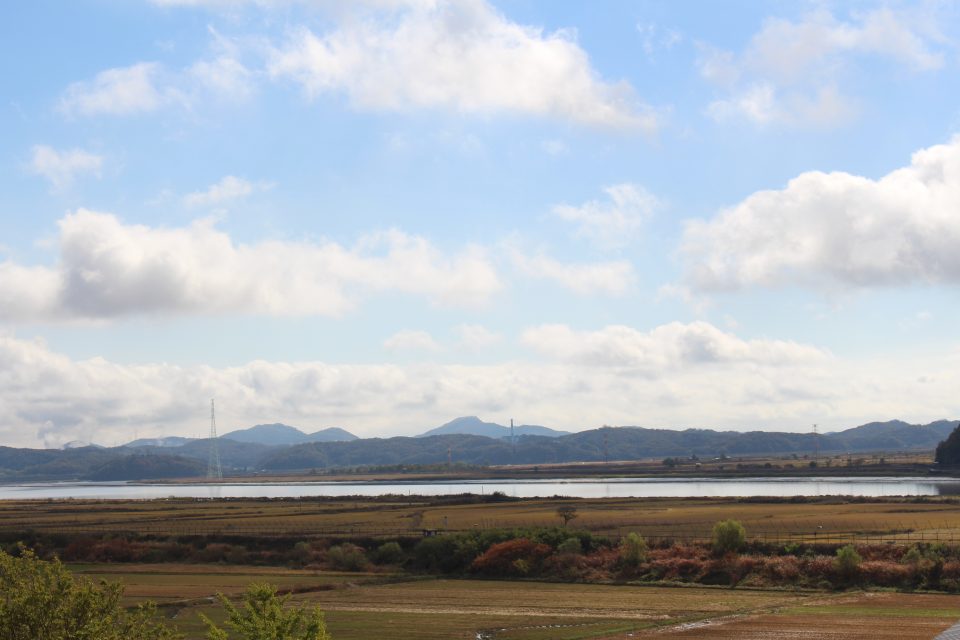 It was time for the main event: the JSA (Joint Security Area). In this area, North and South Korean military soldiers guard their respective side, sometimes just a few feet from each other.

It’s also the place for the United Nations Command Military Armistice Conference (UNCMAC) room, a conference room where one half is in North Korea and the other South Korea. 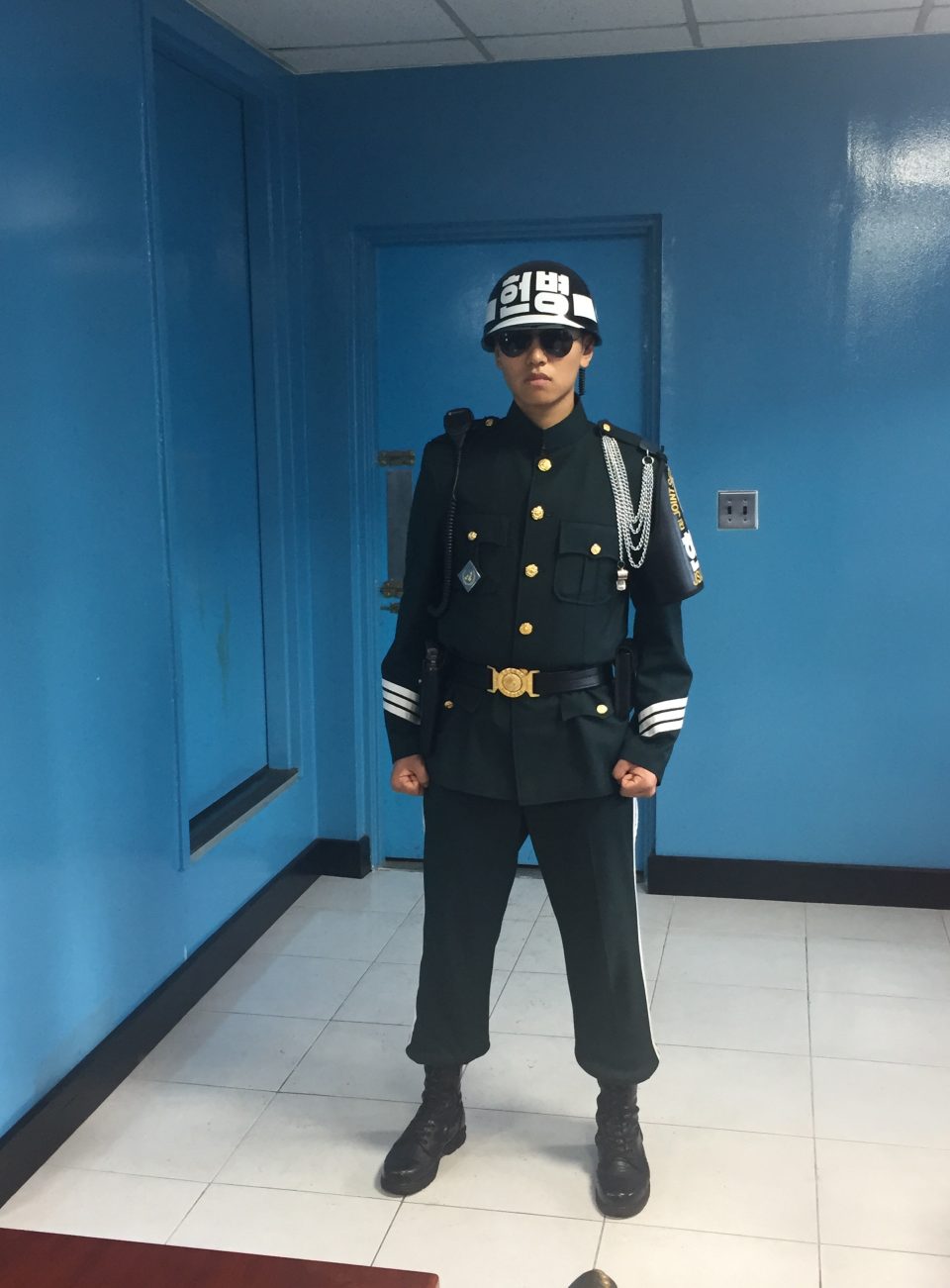 Yup, we’re standing in North Korea. The door behind the ROK/JSA soldier leads you permanently to the North Korean side, so if you go through the door, there’s no securing your safety. Things felt tense despite our smiles. 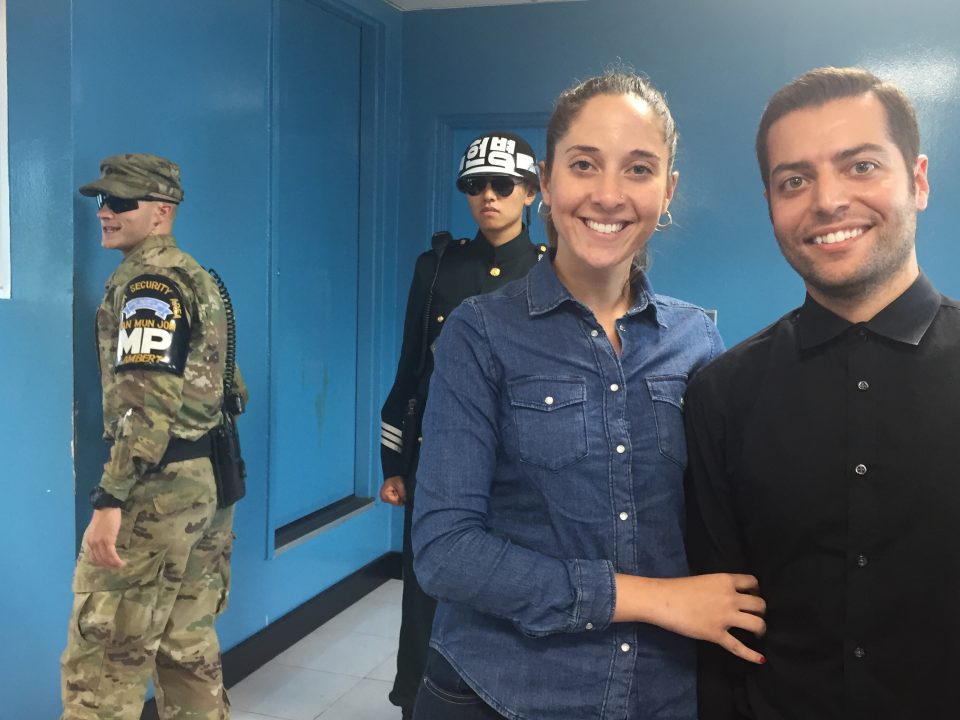 The US Army soldier was our escort through the JSA. 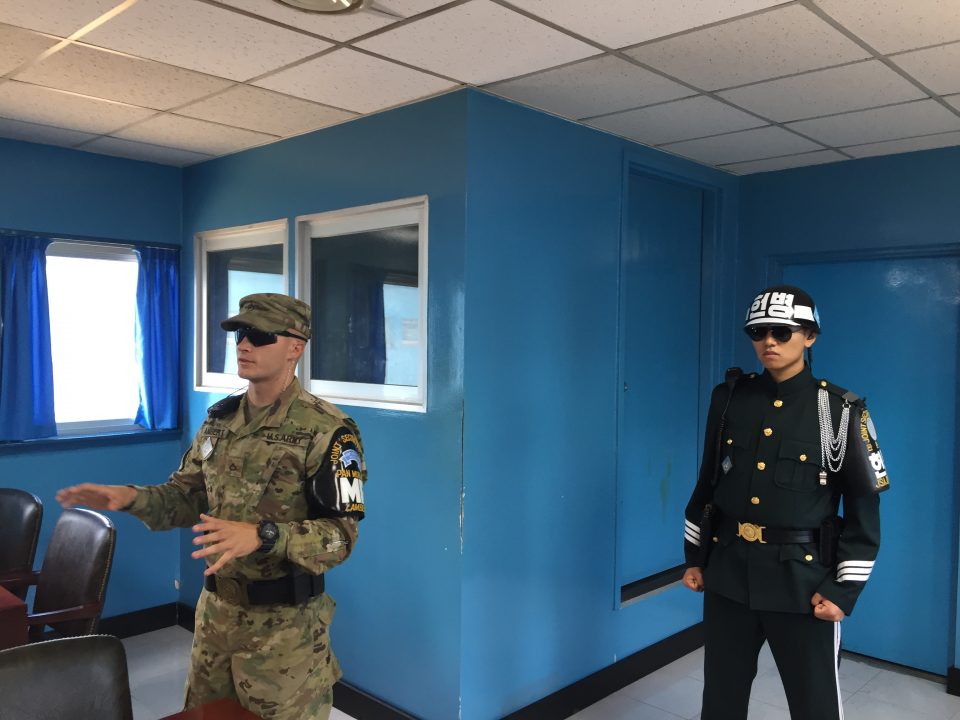 The microphones on the table divide Korea, so this photo was taken in South Korea! 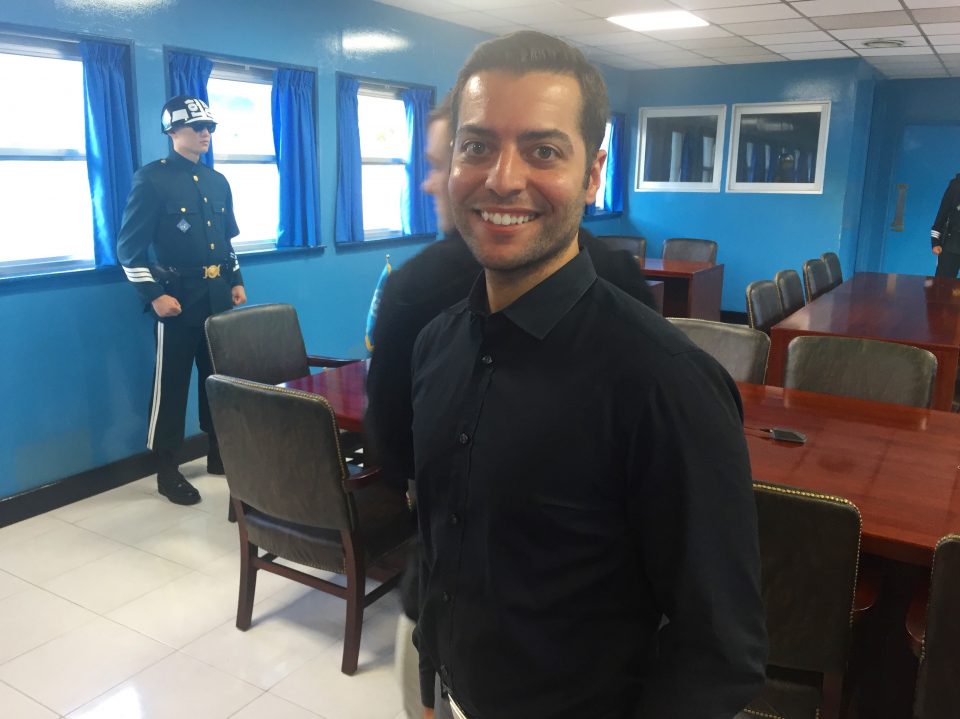 From outside the conference room, you can see the North Korean side, and some of their visible guards (dark green uniforms). We were told not to gesture or look unkempt, since the North Koreans would be secretly taking our picture to sell as propaganda. 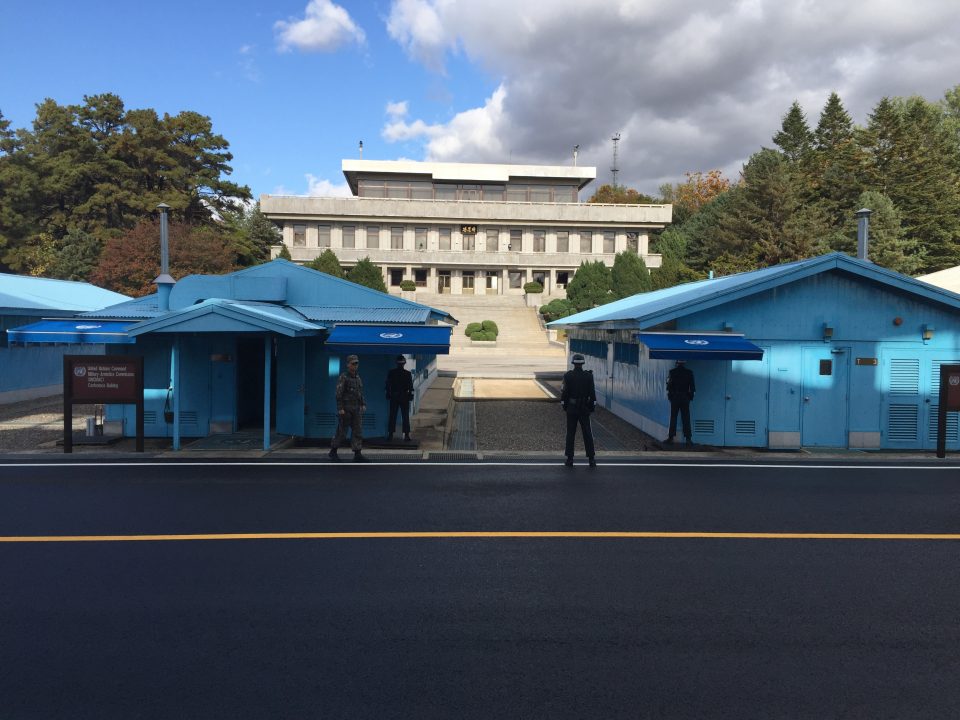 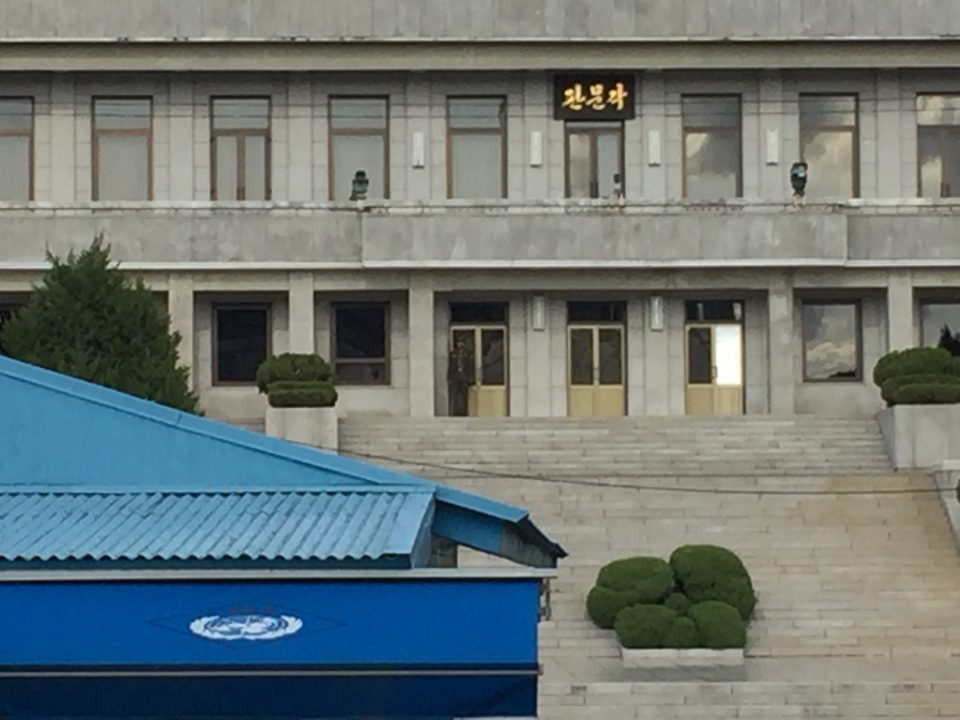 No incident, and made it back to Seoul safe!

2 thoughts on “North Korea/South Korea border: The DMZ and JSA”